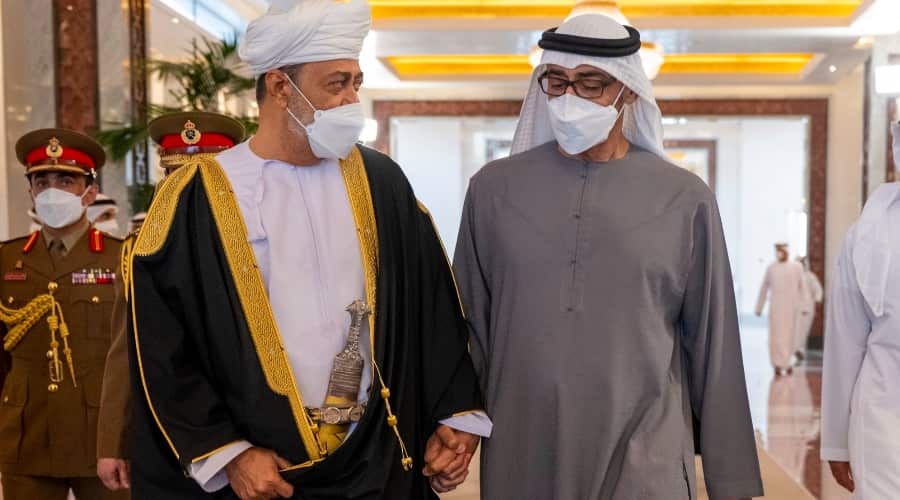 His Majesty Sultan Haitham bin Tarik returned home from his trip to the United Arab Emirates, following a visit which he took to offer his condolences on the death of the late UAE President and Ruler of Abu Dhabi, His Highness Sheikh Khalifa bin Zayed al Nahyan. The late Sheikh Khalifa passed away on Friday, May 13th, 2022.

Her Highness the Honorable Lady, Assayida Ahd bint Abdullah bin Hamad al Busaidi, Spouse of the Sultan of Oman, also visited the UAE, to offer her condolences to the spouse of newly-elected UAE President, His Highness Sheikh Mohammed bin Zayed, spouse of the late Sheikh Khalifa, and the al Nahyan family, over the passing of the late president.