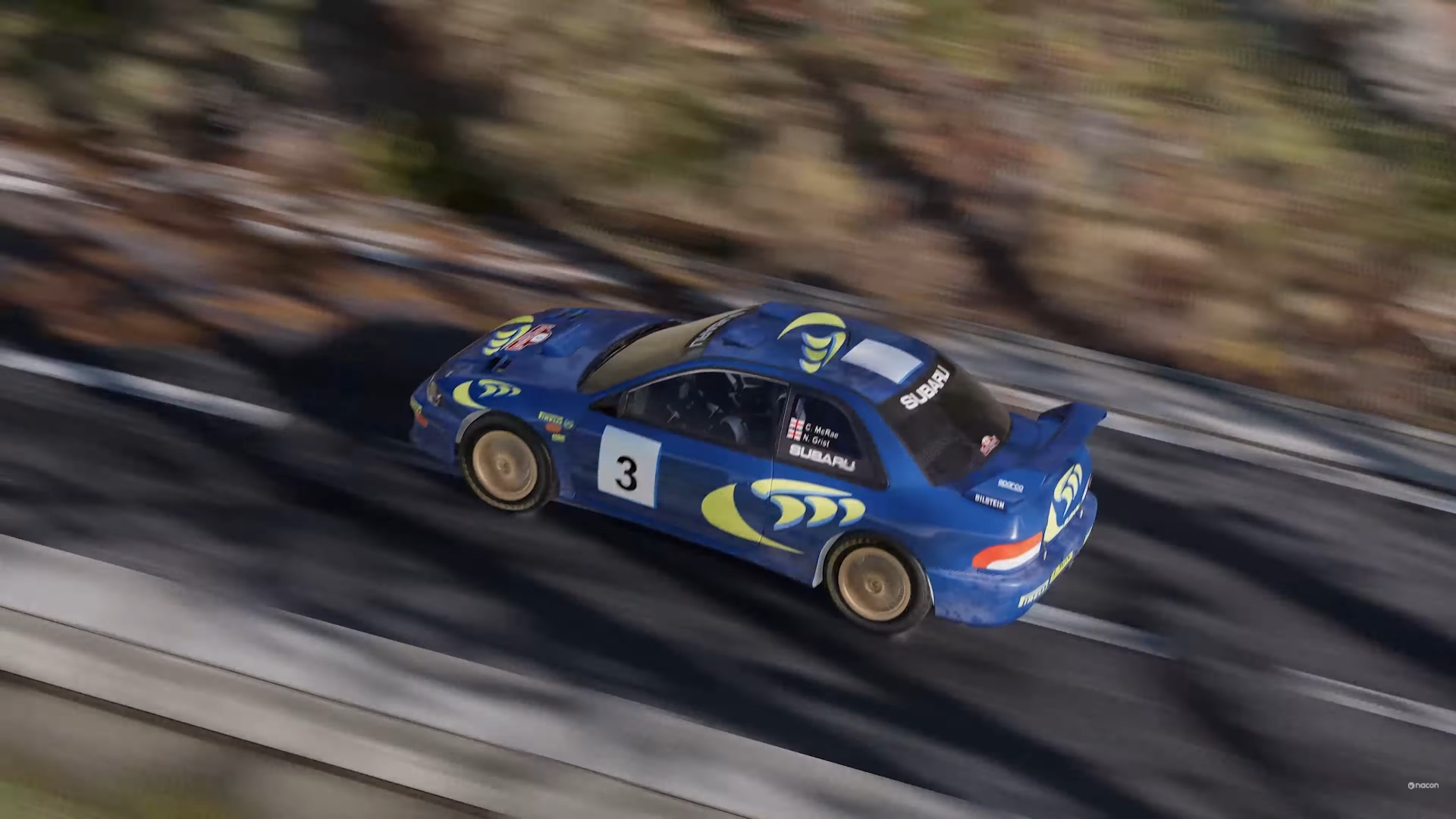 For rally aficionados and those of us less well versed alike, there aren’t many four-wheeled icons quite like ColinMcRae’s Subaru and Nacon has focused on this blue meanie for the latest WRC10 showcase. The latest trailer for the off-road racer gives potential players a glimpse at the in-game cars, tracks and this particular pre-order bonus ahead of the WRC 10 launch on 2 September 2021.

Available across PC, Xbox Series X|S, Xbox One, PlayStation®5 and PlayStation 4, both this Subaru Impreza and the 1997 Rallye Sanremo event are on offer as a pre-order bonus. You’ll grab both the event and car by pre-ordering the Standard or Deluxe version of WRC 10, which includes an additional 22 events and drivers such as Sébastien Loeb, Sébastien Ogier, Carlos Sainz, Petter Solberg, Tommi Mäkinen, Colin McRae, Ari Vatanen, Marcus Grönholm, Walter Röhrl, and more.

WRC 10 isn’t just built to be another annual rally game. The official game of the FIA World Rally Championship is also a celebration of the sport’s history. With the 50th season of the Championship in 2022, developers from KT Racing have added in 6 other historic rallies, including Acropolis, San Remo, Germany, Argentina as well as 20 legendary cars. Now it is just time to decide if you’d rather stay up to date with the latest or pre-purchase and hit the asphalt in some of the best-known cars that have graced TV screens across the last 50 years of rally. You can check out the new trailer above or head over to the official WRC 10 website for more details.