World Rally Racing, or WRC, ranks as one of the premier rally racing game franchises. With each new installment, publisher Nacon and French developer KT Racing add refinements that push the series deeper into simulation territory. The newest series entry, the upcoming WRC 10 FIA World Rally Championship, was one of the more high-profile games that received the demo treatment during this year’s Steam Next Fest. Though it only contained a single mode, the WRC 10 demo contained a good sampling of what to expect from the full PC game when it drops later this year. 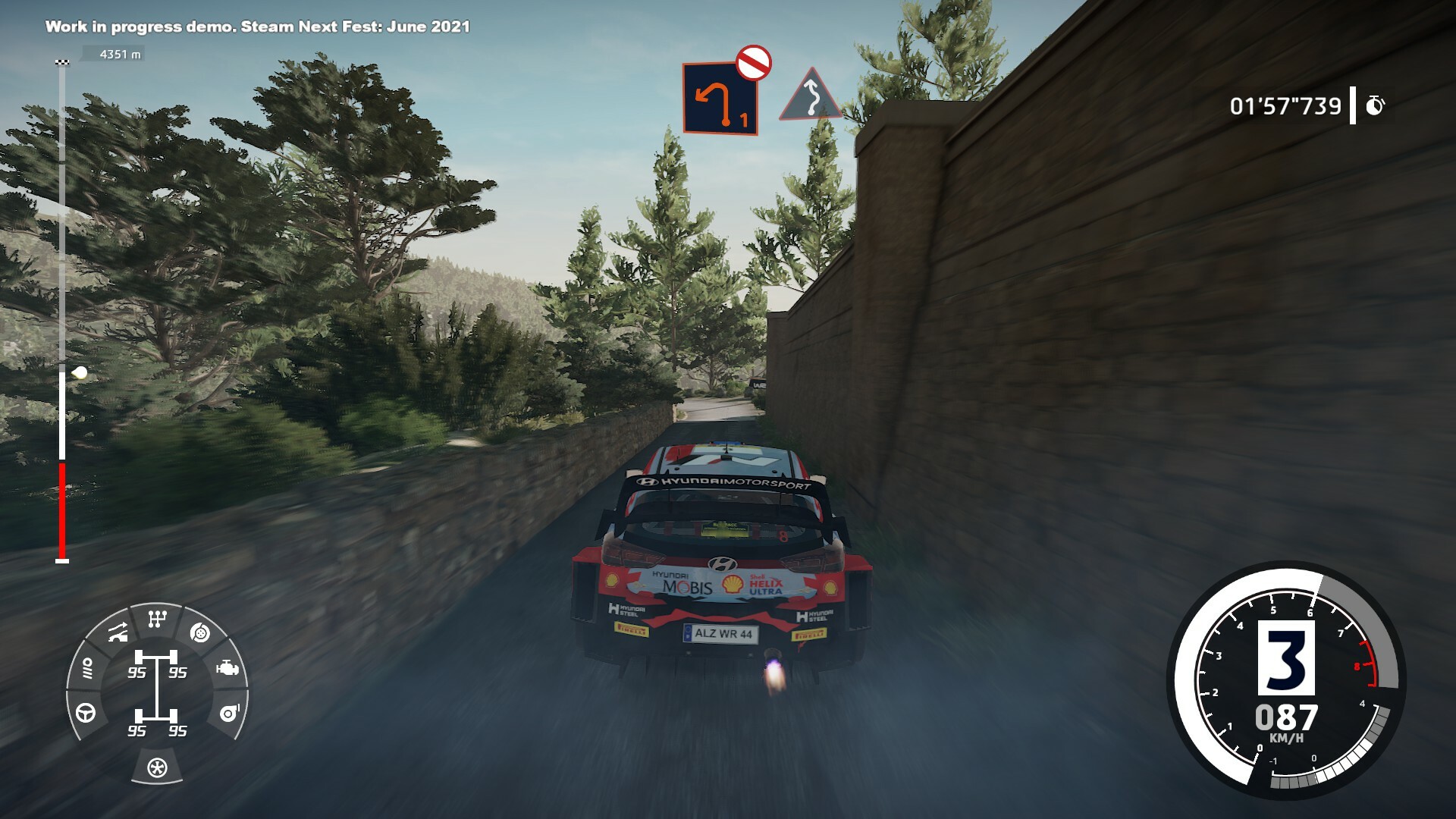 The Croatian track contains long, winding, forest roads. Its wide asphalt lanes and simple turns make it perfect for beginners. Estonia, on the other hand, has narrower turns, gravel terrain, and steep cliffs, so effective accelerator-and-brake use is crucial for success. Spain offers the greatest challenge due to its steep hills and narrow roads. There are track sections where the road’s walls flank your vehicle, giving you just a foot or two of wiggle room. This course doesn’t have many turns, but the included ones are extremely tight. It’s not for amateurs. Unfortunately, the demo lacked AI- or player-controlled drivers to compete against.

On the upside, WRC 10 has weather-related challenges. For example, racing on a sunny day feels different than racing on a stormy night. Simulation fans will love how these environmental physics impact their driving. That said, WRC 10 lacks the dynamic weather that you’d see in the excellent Forza Horizon 4.

The final game will feature four tracks that are new to the series: Belgium, as well as the aforementioned Croatia, Estonia, and Spain. This makes for a total of 19 countries, 13 of which are actual racing locations in the real-world WRC 2021 competition. The other six locations are sites from WRC’s past that you can find in the game’s new History mode. In total, you’ll get 120 special stages, with 52 official teams from the 2021 season. In addition, WRC 10 features 22 classic vehicles, including the 1980 Fiat 131 Abarth, 1997 Subaru Impreza WRC, 2011 Citroen DS3 WRC, and Mitsubishi Lancer Evo V.

Career mode follows the real 2021 WRC calendar. You can select a default team or create your own. Besides racing, you must manage your team and sponsorships as the season unfolds. 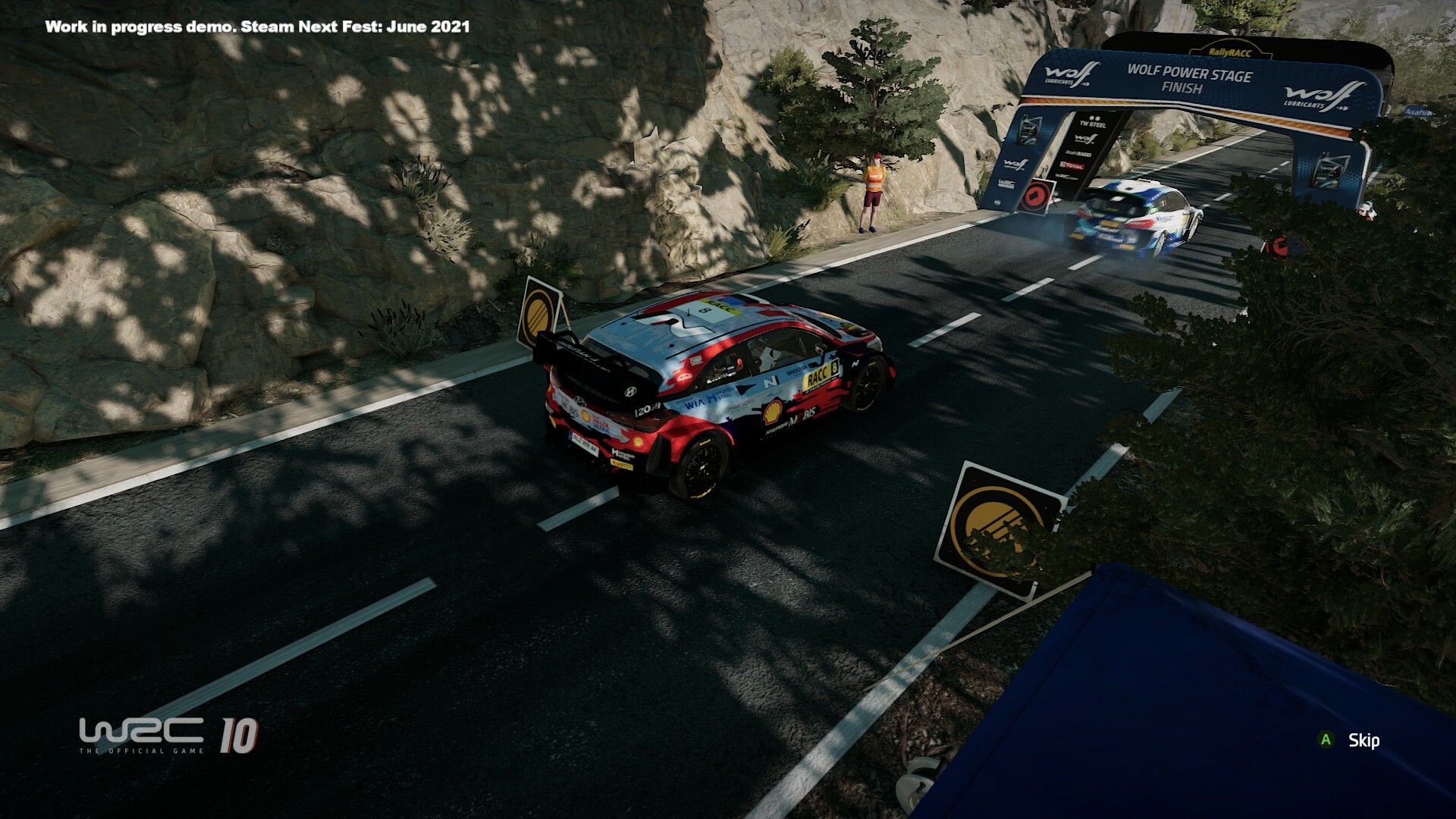 To play WRC 10, your gaming rig needs at least an Intel i3-2100 CPU, an Nvidia GeForce GTX 650 GPU (with 1GB of memory), and the Windows 10 operating system. The game’s Steam page doesn’t list a storage requirement. After all, the system requirements are subject to change, as the game’s release date is still months away.

The WRC 10 demo delivered wildly inconsistent frame rates on my gaming PC, a desktop with an Intel i7-4790 CPU and Nvidia GeForce GTX 1080 GPU. The frame rates danced between 45fps and 100fps. Hopefully, the game’s final build will offer far more consistent numbers.

It would be unfair to complain about the lack of game modes in a demo, since it’s a thin slice of the final product. That said, it’s fair to complain about the overly talkative co-driver. I appreciate that the AI driving companion offers clues about what to expect down the road, but its constant yapping is annoying. Perhaps the finished game will contain an option to deactivate the AI partner.

If the demo is any indication, WRC 10 has the potential to become one of the better games in the series. You can expect WRC 10 to hit PC, as well as PlayStation 5, PlayStation 4, Xbox Series S/X, and Xbox One, on September 2, 2021. A Nintendo Switch version will come at a later date.