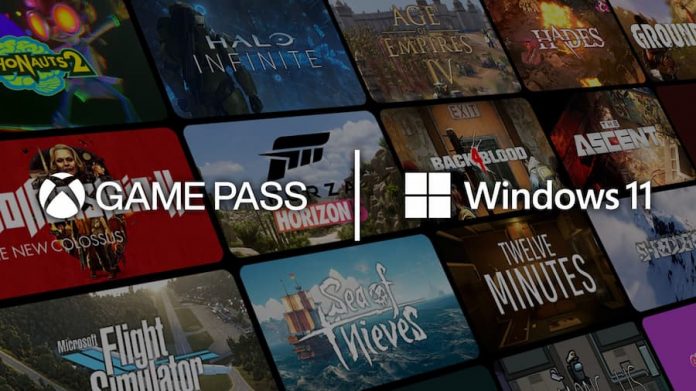 Windows 11 is on the way and it promises to give gaming a boost.

It’s true we all thought Windows 10 was going to be the last version of Windows but Microsoft last night revealed Windows 11 which, amongst other things, has a number of game-centric features.

The most obvious – and predictable – feature is that the Xbox app will be fully integrated into the new operating system, making it easier to access Xbox Game Pass titles. Well, provided you pay that is, but we fully expect Windows 11 to come with some sort of 30 day trial.

On top of that, Windows 11 will support Auto HDR which will allow:

“A supported game to render a much wider range of brightness values and colors, giving an extra sense of richness and depth to the image.” Essentially, it’ll make games look prettier, as long as they’re built for DirectX 11 or later.

Another neat feature is, that if you use an NVMe SSD, a solid state drive drive, you’ll be able to load games faster than ever, even compared to the same set-up on a Windows 10 PC. Basically, it looks like Microsoft is folding quite a few Xbox Series S/X features into Windows 11. You can find out more from Microsoft’s Xbox Wire site.

So are we looking forward to Windows 11? Sort of. It’s a free upgrade, but we’ve had mixed experiences with various Windows iterations. The one feature we’d actually like to see in Windows 11, though we almost certainly won’t, is the ability to easily turn off automatic updates in your face. We find it pretty presumptuous that Windows 10 all but forces you to install updates and we’d love the opportunity to regain the control we had with Windows 7.

So far there’s no definite date for Windows 11, though Microsoft have said it’ll arrive in the holiday season, so you’ll likely have to wait till November or December if you (at your own risk) plan on being an early adopter.