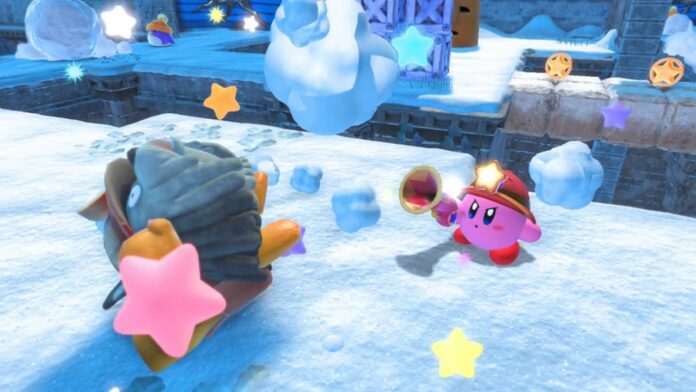 Kirby and the Forgotten Land will release on Nintendo Switch in a little over two months, marking the official debut of the series on the latest Nintendo console.

The game will sport a unique approach to the typical Kirby experience, introducing a more open-ended experience, new Copy abilities, and new features that will make the Kirby and the Forgotten Land easily stand out from that of its predecessors.

Will be co-op multiplayer among the new features introduced in Kirby and the Forgotten Land? Let’s find out.

Will Kirby and the Forgotten Land Have Co-Op? – Answered

The new Kirby and the Forgotten Land trailer showcased some of the new features included in the game, and local co-op multiplayer will be among them.

As shown in the trailer, one player will control Kirby while the other will control Bandana Waddle Dee, who will come with a unique moveset that’s separate from that of Kirby, who will be able, as usual, to copy enemies’ abilities.

With the ability to throw his spear at the enemies, and fly to unleash a deadly spear drop attack, Bandana Waddle Dee will be a huge help for Kirby as they explore a variety of different locations and fight all sorts of bad guys.

We are hiring game guide writers!

Touch, Tap, Play is looking for experienced writers to produce guides for popular mobile and Nintendo Switch titles. If mobile gaming is your passion and you want to get paid to create guides, you’re in the right place. Check out our job ad today!