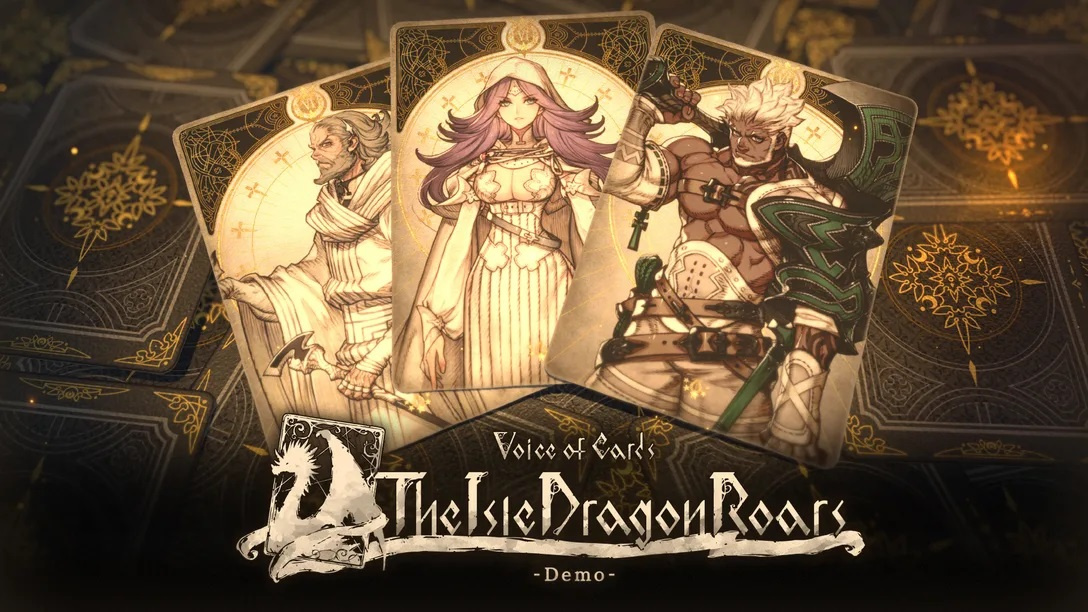 Square Enix announced that Voice of Cards: The Isle Dragon Roars will be arriving on PS4, Nintendo Switch and PC on October 28. Open your mind and let your story unfold.

Voice of Cards: The Isle Dragon Roars is an RPG set in a world of swords and sorcery, told entirely through the medium of cards. Enjoy an all new, yet appealingly nostalgic gaming experience from YOKO TARO (Creative Director), Keiichi Okabe (Music Director), Kimihiko Fujisaka (Character Designer.)

In Voice of Cards: The Isle Dragon Roars, players will venture through a story set long ago in a world shrouded in mystery, guided by the narrative voice of the Game Master (voiced in English by Todd Haberkorn). Set in a world of swords and sorcery, the game is told entirely through the medium of cards. Players will follow the protagonist as he sets off on a journey to defeat a recently reawakened Dragon, that is threatening the land and its people, in hopes of securing an immense reward. He is joined on his travels by his companions; Mar, a monster very attached to him, and Melanie, a black witch with a grudge against the Dragon. Players will need to make choices throughout the story, as well as join in turn-based field and dungeon battles that unfold on a board, in the manner of traditional tabletop RPGs.