Valve has introduced its own portable gaming computer with similar designs as the Nintendo Switch and PlayStation Vita. The device runs a variant of Linux-based SteamOS and will be released in Europe in December, with an entry price of 419 euros.

Users will be able to play on computer and continue playing on Steam Deck in the same place. Steam Deck can even run Windows games thanks to Proton, without porting or customizing the games. The device can also be used as a full-featured Linux computer. Those who want can blow the device and install Windows instead. 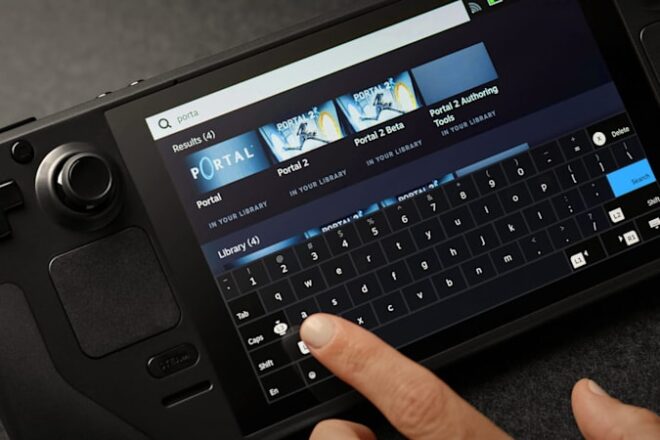 Steam Deck supports the connection of a mouse, keyboard and monitor or TV. Game stores other than Steam can be installed and it is possible to run regular computer software. The default store is Steam with the same functionality as for PC. Games can be temporarily paused by putting Steam Deck into sleep mode, with smooth resumption.

Steam Deck offers a 7-inch LCD screen with 1280 x 800 pixels, 16:10 aspect ratio, 400 nits brightness and 60Hz refresh rate. Just like in the Nintendo Switch, in other words, the panel can not compete with the screens in today’s game-focused smartphones, which have OLED technology, higher resolution and higher refresh rates.

When Deck is connected to an external monitor, there is support for playing games in 8K @ 60Hz and 4K @ 120Hz. Valve has partnered with AMD for the chip, which has clock frequencies up to 3.5GHz, as well as RDNA 2 graphics. According to Valve, Steam Deck can run the latest big games. The computer has 16GB of LPDDR5 RAM and up to 512GB of NVMe storage. Storage can be extended by memory card.

The battery (40Wh) should be enough for 2-8 hours of playing on a single charge, depending on how demanding the games are and what refresh rate is used. It can be compared to a promised battery life of up to nine hours for the Nintendo Switch. Deck offers 3.5mm jack, a USB-C 3.2 port, stereo speakers, dual microphones, haptic feedback, gyro and Bluetooth 5.0.

The entry-level model with 64GB EMMC storage costs 419 euros, while the highest hen with 512GB NVMe SSD costs 679 euros. All editions include cases. 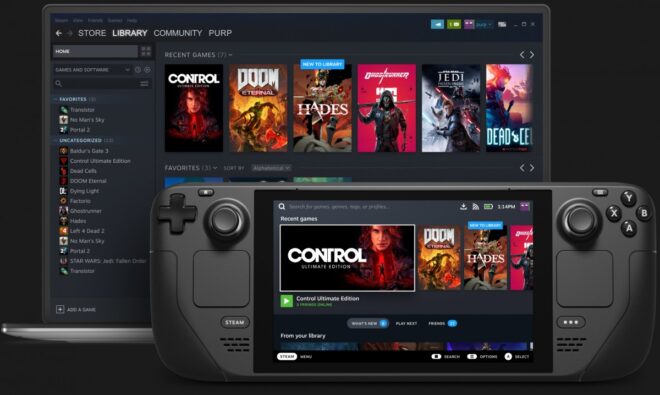 *The article has been translated based on the content of Swedroid by swedroid.se. If there is any problem regarding the content, copyright, please leave a report below the article. We will try to process as quickly as possible to protect the rights of the author. Thank you very much!