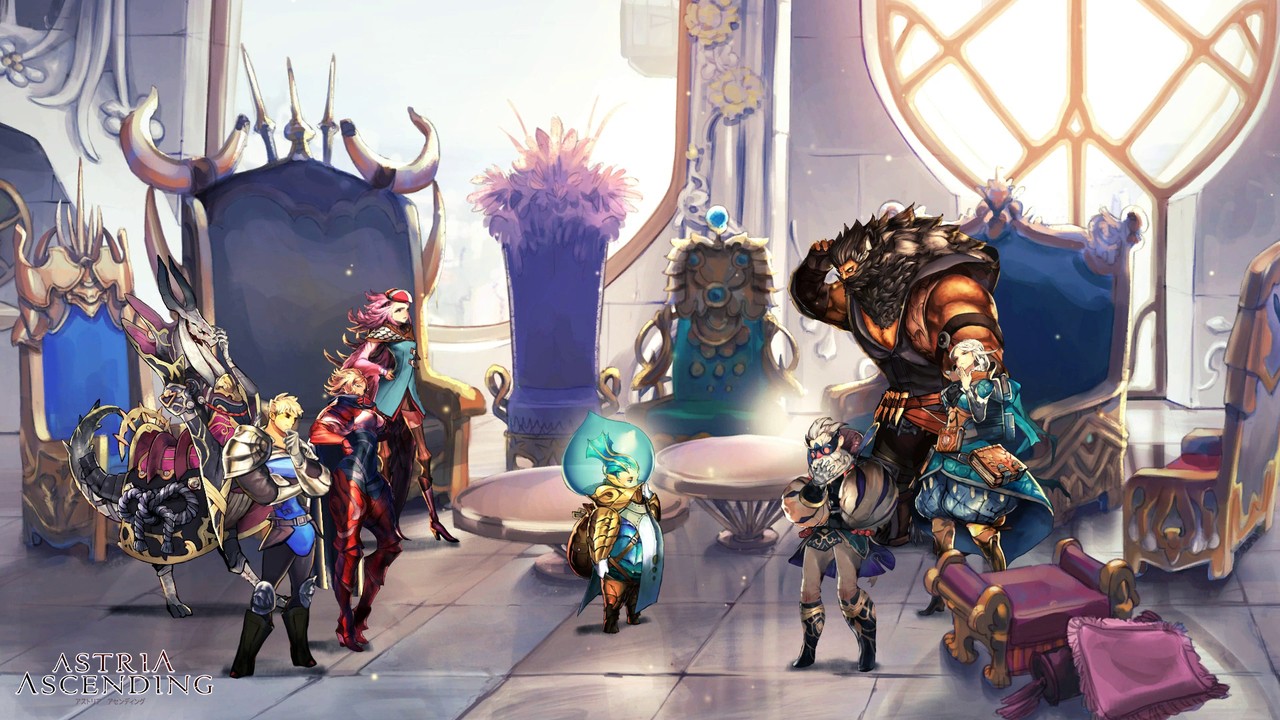 The next turn-based JRPG from former Final Fantasy employees Astria Ascending has been confirmed for launch on 30th September 2021. Coming to both PlayStation 5 and PS4, the game will release straight into Xbox Game Pass while Sony fans are charged full price. A new trailer accompanied the announcement, focusing heavily on how turn-based battles play out. Check it out above.

Final Fantasy VII Remake and Final Fantasy X writer Kazushige Nojima is penning the game’s plot while Final Fantasy XII composer Hitoshi Sakimoto is working on the soundtrack. Supposedly 50 hours of gameplay will see you explore five cities and the animated 2D landscapes that encompass them, all of which is governed by a dynamic weather system. A quick plot summary reads: “In a world where chaos looms, players take control of the Demigods – a motley crew of eight heroes charged with the fate of the world.”

With eight different customisable characters to choose from and more than 200 monsters to fight, Astria Ascending sounds like it’ll be a worthy investment come the end of September. Voice acting will be available in English and Japanese, 20 classes allow you to tweak your party of warriors, and mini-games serve as a welcome break from the action. Will you be picking up Astria Ascending in a few months time? Take your turn in the comments below.