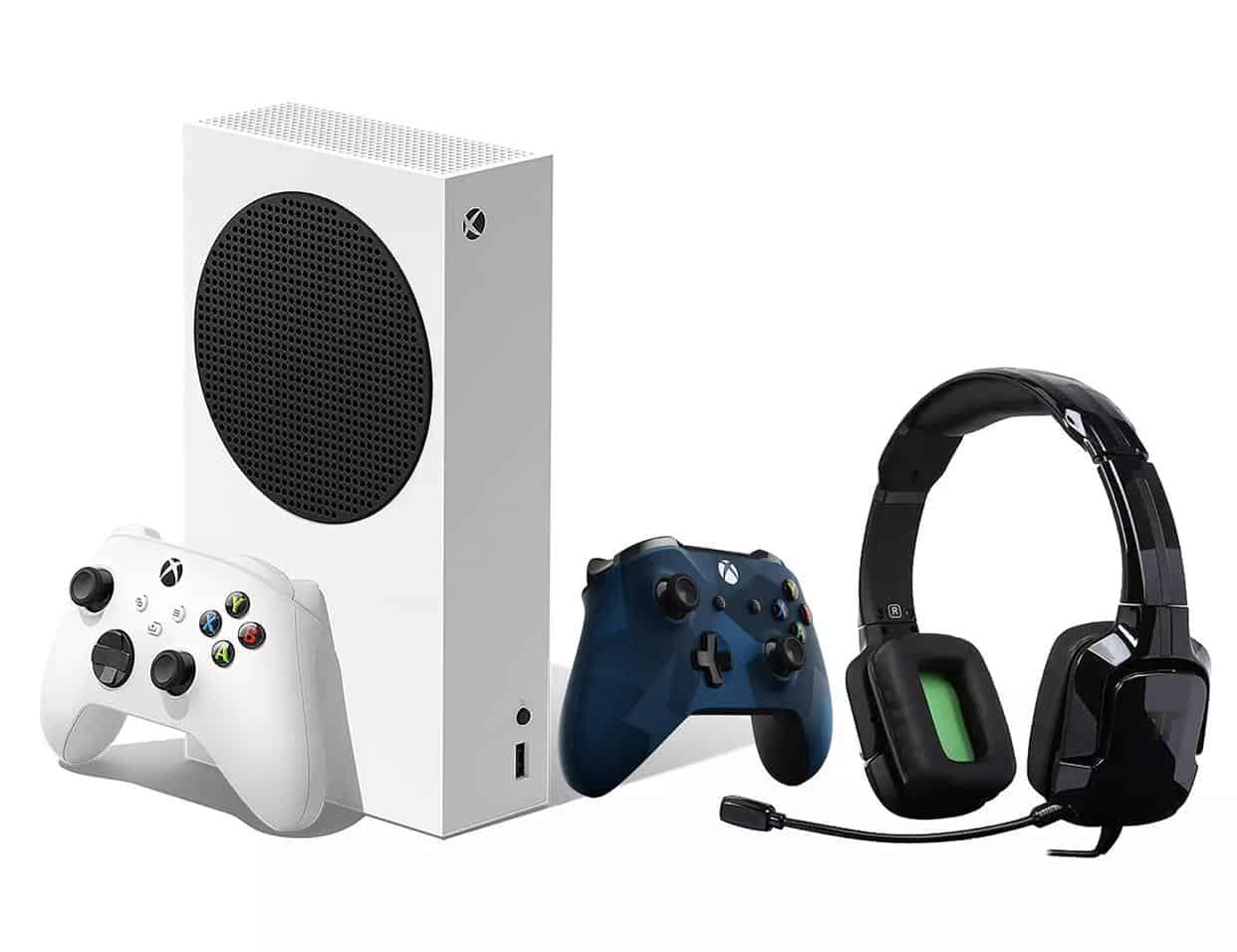 Sam’s Club is currently running a sale on a pretty good bundle for the Xbox Series S right now. You can get the console itself (which has been very difficult to find), along with the Midnight Forces Blue Controller and the Tritton Headset for just $399.98.

Arguably, this is not the best price on the Xbox Series S, but where you’re getting two controllers plus a headset included, it’s not bad at all for this price. The Xbox Series S is normally $299 by itself.

The all-digital Xbox Series S offers next-gen gaming at an accessible price point. Play thousands of games from four generations of Xbox with backward compatibility, including optimized titles at launch.

Download and play over 100 high-quality games, including all new Xbox Game Studios titles like Halo Infinite the day they release, with Xbox Game Pass Ultimate. Xbox Smart Delivery ensures you play the best available version of your game no matter which console you’re playing on.

Minimize load times with a custom-built 512GB NVMe SSD and seamlessly move between multiple recently played games in a flash with Quick Resume. Continue playing your Xbox One games on your Xbox Series S with your progress, achievements, and friends list automatically transferring over to the new system. Get hands-on with the all-new Xbox Wireless Controller, featuring our highest level of precision with a new Share button and improved ergonomics.

With 512GB of storage available on the Xbox Series S, you’re likely going to need to get an external SSD down the line. But thankfully, that support is already available, unlike with the PlayStation 5 right now.

You can pick up this Xbox Series S Bundle with Midnight Forces Blue Controller and Tritton Headset from Sam’s Club today by clicking here. But you’d better hurry as this sale is only good through today.