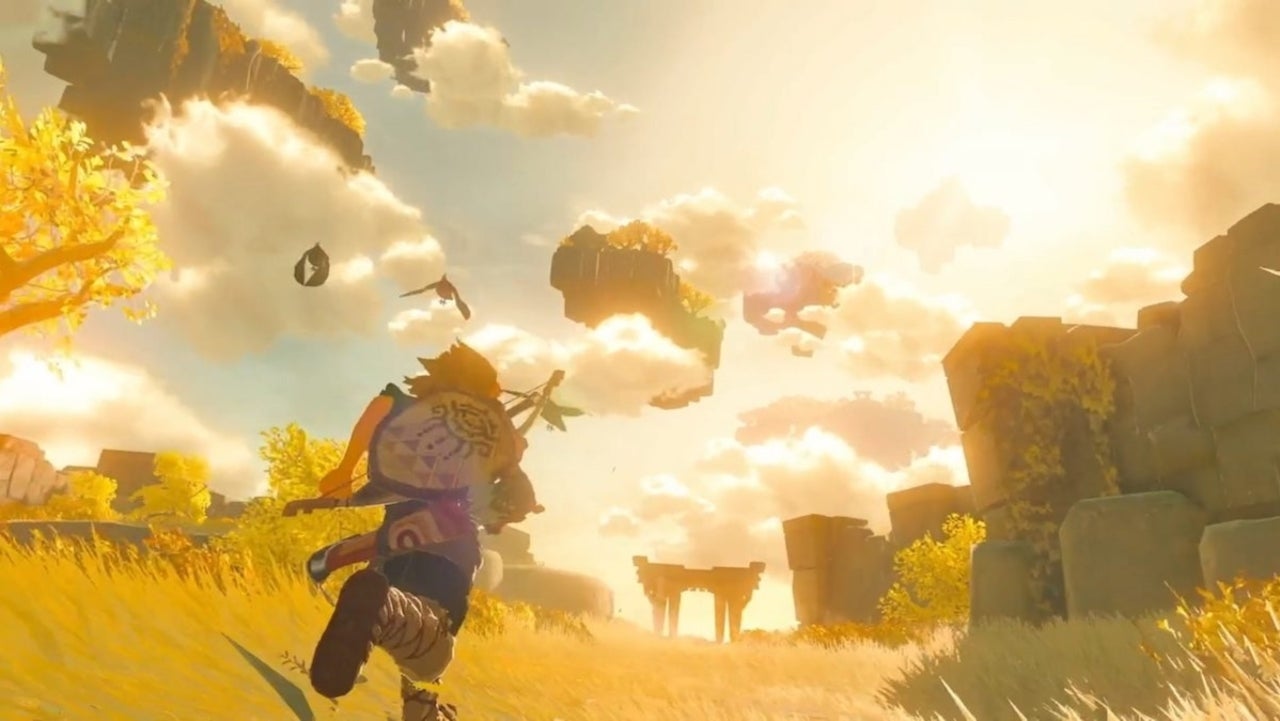 Nintendo has started to pull back the curtain on The Legend of Zelda: Breath of the Wild 2, but there’s very little we actually know about the Nintendo Switch game, including its title. The first gameplay trailer mysteriously avoided showing viewers the face of the hero, and one fan theory suggests it’s because players will take on the role of Ganondorf this time around! The theory originated from Barrett Courtney of Kinda Funny Games who posted an interesting analysis on Twitter following Nintendo‘s gameplay reveal at E3. It’s an interesting theory, and it’s rooted in a lot of the lore of the franchise.

In Zelda lore, Ganondorf is the same character across all the games, constantly returning to plague new heroes (though the timeline splits off at different points). Courtney believes that players will play as Ganondorf in segments of Breath of the Wild 2, and that he was the “hero from 10,000 years ago” mentioned in the first Breath of the Wild before being corrupted. Courtney points to the hero’s longer hair, which can be seen in segments of the new trailer.

Another part of Courtney’s theory is the upcoming release of The Legend of Zelda: Skyward Sword HD. Courtney posits that the game was chosen for a re-release for a specific purpose, and that’s to tie-in with the new game. The new gameplay trailer shown at E3 does seem to have some connective tissue with Skyward Sword, including areas in the sky. In Zelda lore, Skyward Sword is currently known as the first chronological game in the series, telling the story of the Master Sword’s creation. The villain in that game is named Demise. Meanwhile, Breath of the Wild is the last game in the series, up to this point.

Courtney believes that the story for Breath of the Wild 2 will see Link and Zelda in the present helping Ganondorf finally break free from this curse. Courtney’s theory extends to the title, which he believes will be called “Demise of the Wild.” Some fans replied to Courtney’s theory, asserting that the long-haired hero seen falling in the gameplay trailer can’t be Ganondorf as he doesn’t have red hair. Courtney argues that once the hero of the new game gets the sword inhabited by Demise, he will then get the red hair that has long been associated with the villain, and that’s when Ganondorf begins his fall.

It’s really hard to say how much stock Zelda fans should put into this theory, but it’s a really interesting one! As Courtney points out, the fact that Nintendo is keeping the game’s official title a secret is very interesting. Bill Trinen recently told IGN that the subtitle could “give little bits of hints about maybe what’s going to happen.” For now, fans should take all of this with a grain of salt, but it’s impossible to deny how well thought out all of this is! Hopefully we’ll get some more hints about the new game in the near future.

Did you think Breath of the Wild 2 would release last year? When do you think the game will arrive on Nintendo Switch? Let us know in the comments or share your thoughts directly on Twitter at @Marcdachamp to talk all things gaming!