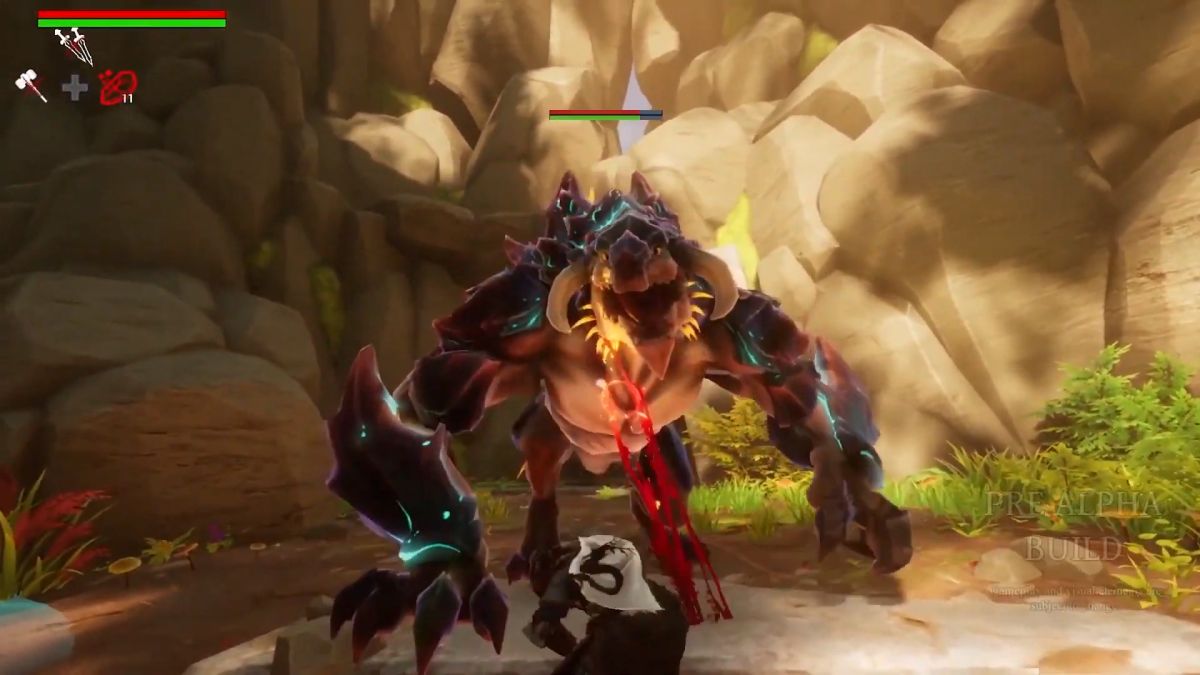 Stray Blade was first announced back at Gamescom 2019, but we haven’t seen or heard much from developer Point Blank Games or publisher 505 Games since then. Today, we saw a few minutes of new pre-alpha gameplay footage that was followed by some developer commentary from game director Leonad Kausch.

Though this technically isn’t the first time we’ve seen Stray Blade, 505 Games is billing today’s trailer as the game’s official reveal, so it’s possible there’s been some creative restructuring behind the scenes since we last saw it. Regardless, Stray Blade is an action RPG where you play as a rogue adventurer alongside an adorable mask-wearing wolf-thing named Boji. Exploring the ancient, forgotten Valley of Acrea, you and Boji are tasked with unraveling the secrets and mastering the use of three key metals to restore balance to the war-torn area.

As 505 Games said in an Xbox blog post, the game mixes deliberate “Souls-like combat” with Metroidvania-style exploration, but with its colorful environments and quick-witted wolf companion, there’s a decidedly more lighthearted, almost jovial tone to Stray Blade that belies both of those comparisons. But don’t let that fool you into a false sense of security – Kausch says gameplay is the “high noon of skill-based melee weapon combat,” merging “strategic anticipation of enemy attacks with split-second blade-to-blade reactions.”

For everything else to keep on your radar, check out our guide to new games of 2021.