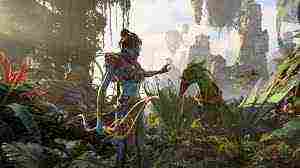 Fable, Starfield, Pragmata, and more won’t be coming to Xbox One or PS4.

Still, we’re fast approaching the point at which PS4 and Xbox One players are left behind, with more than a dozen major games on the horizon planned as next-gen-only releases.

Despite last year’s splashy release of next-gen consoles, it’s clear the gaming landscape is still in a transitional phase between console generations. Just look at blockbusters like Far Cry 6, Rainbow Six Extraction, Battlefield 2042, and Tales of Arise, which are planned for release on PS4, Xbox One, PS5, and Xbox Series X/S. All the while, true next-gen exclusives, like Returnal or Ratchet & Clank: Rift Apart, remain rare.

Granted, most of those are also coming out on PC, since the technical capacity to run cutting-edge games has and always will be present on that ever-evolving platform. And while this list is based on currently-available information, platforms aren’t always set in stone. To wit: Godfall, which was initially released on PC and PS5, will come out on PS4 next month. So, yeah, anything can happen. Still, if you’re a console player—one who, like millions, has had difficulty getting your hands on a next-gen machine—don’t get your hopes up for the following games.

S.T.A.L.K.E.R. 2: Heart of Chernobyl (Xbox Series X/S)
S.T.A.L.K.E.R.’s console debut, out April 28, 2022, won’t happen on older consoles. Rendering the irradiated wastes of Chernobyl just seems like too much strain for the poor Xbox One. Last fall, based on remarks made by Xbox’s Matt Booty, it seemed Xbox games would release across generations for the first year or two after the release of the Series X and S. But, speaking to Kotaku, Xbox boss Phil Spencer couched that a bit, saying, “I think we’re going to take it on a case by case basis … we’re just trying to be transparent with people about the roadmap of games that would be coming for last gen.”

Everwild (Xbox Series X/S)
Precious little is known about Everwild, the forthcoming adventure game from Rare, other than the fact that it’s very, very pretty and is currently plagued by development woes (which now suggest it might not come out until 2024). When it eventually comes to consoles, it’ll only do so on Xbox Series X and S.

Starfield (Xbox Series X/S)
Skyrim In Space is not a-go on Xbox One. It also won’t come to PS4 or PS5, for that matter. Pete Hines is so very sorry about that.

Deathloop (PS5)
Despite a $7.5 billion dollar allowance from Microsoft, Bethesda will still publish some PlayStation-exclusive games. Chief among those is Deathloop, Arkane’s uber-stylish time loop shooter about eating the rich. It’s currently planned for release on PS5.