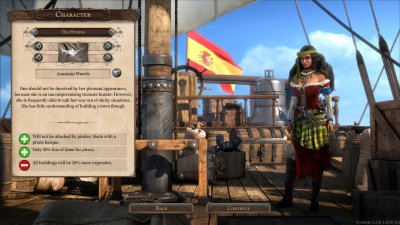 Announced at the gamescom 2019 and launched the following year sur PC, PlayStation 4 et Xbox One, Port Royale 4 takes us to manage colonies in the Caribbean. The game of Gaming Minds and Kalypso Media even got a port on Switch, but it will return to the new home consoles at the start of the school year of Sony and Microsoft.

The studios have indeed announced that Port Royale to be released on PlayStation 5 and Xbox Series X | S on September 10, for download and in a Extended Edition physical, as in the current generation. This new version will benefit from4K resolution (1080p on Xbox Series S) and various improvements in real-time cloud rendering. Players who already have Port Royale 4 on PS4 or Xbox One will enjoy a free update on PS5 or Xbox Series X | S, with backups in cross-gen.

While waiting for the release of Port Royale 4 on September 10 on PS5 and Xbox Series X | S, you can find a new trailer above as well as pictures on the second page. The title is sold € 20.14 on Amazon.