Nintendo Co has said that it would buy back shares after its quarterly profit missed estimates, underscoring concerns that gaming demand might be peaking as parts of the world emerge from the COVID-19 pandemic and return to work.

The Kyoto-based firm reported operating income of ￥119.75 billion (US$1.1 billion) for the second quarter, up from the average projection of ￥130.9 billion. It maintained its forecast for a 22 percent drop in operating profit to ￥500 billion this fiscal year, alongside the sale of 25.5 million Switch consoles.

Nintendo said it plans to buy back up to 1.51 percent of its shares for ￥100 billion. 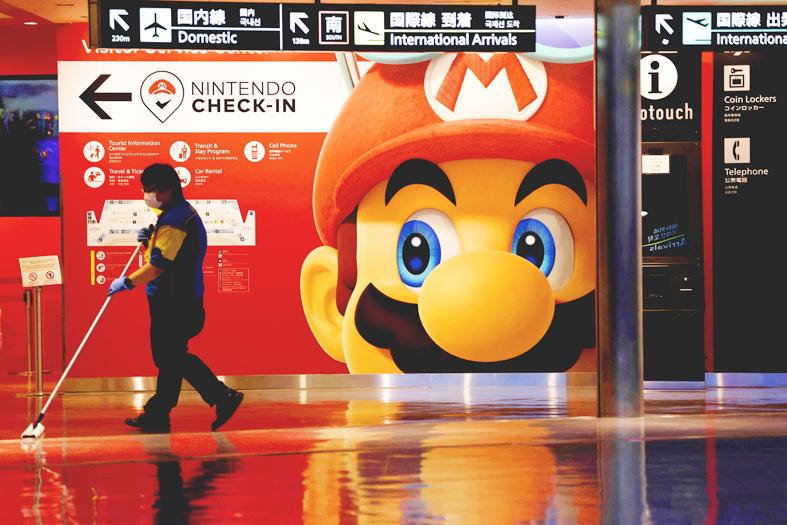 The shares would be canceled, it said, while the buyback reflects its cash position after strong sales.

Nintendo, whose Animal Crossing: New Horizons was the breakout title of the COVID-19 era, is grappling with aging hardware as normality returns to some parts of the globe and people spend less time immersed in games.

It saw a mixed picture with Switch hardware sales, which fell by 22 percent overall to 4.45 million units, but rose for the more expensive standard edition.

It attributed the drop in Switch Lite sales to lower inventories in Europe and the US than a year earlier.

The highly anticipated next game in the Zelda franchise, a sequel to Breath of the Wild, is not to be released until next year.

Nintendo is counting on the Oct. 8 launch of a new Switch model with a bigger, OLED screen to reinvigorate the four-year-old platform in time for the crucial holiday season, but some investors have taken a negative view of the upcoming Switch and its higher US$350 price tag, pushing Nintendo’s shares down 15 percent since it was announced.

Comments will be moderated. Keep comments relevant to the article. Remarks containing abusive and obscene language, personal attacks of any kind or promotion will be removed and the user banned. Final decision will be at the discretion of the Taipei Times.