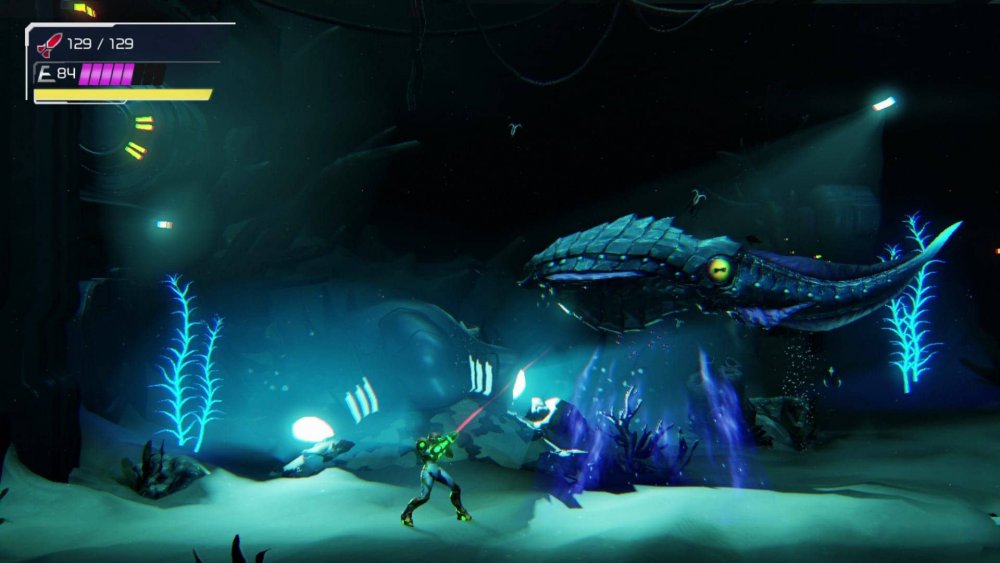 Nintendo has unveiled a new trailer of the Metroid Dread, showing off more gameplay and some of the abilities Samus will have in-game.

Nintendo didn’t give many details in the 20 minutes of gameplay Nintendo showed off at E3, but it still showed off a lot of what to expect when Metroid Dread arrives on the Switch.

The trailer mixes more cinematic shots of Samus Aran fighting some pretty huge and intimidating baddies with the 2D gameplay footage that originally defined the series before the first-person Metroid Prime games. The game looks immediately familiar to people who’ve been waiting for a new 2D Metroid game, but Samus Aran has more abilities to navigate the terrain and battle enemies than ever before. The trailer moves fast, but there’s lots of aerial dashing, underwater action, multiple different arm cannon weapons, wall jumping and more.

The trailer is not just notable for that surprising fight but also because it serves as an ability showcase. Some of the abilities visible in the trailer include Flash Shift, which allows Samus to dash a set distance either forward or backward; Pulse Radar, which scans the immediate area and highlights breakable environmental objects; and the Grapple Beam, a familiar ability that lets Samus swing on grapple points or pulls objects.

Some weapons on display include the Ice Missile, which freezes enemies; the Storm Missile, which fires a salvo of small missiles; and the Cross Bomb, with its four-way explosion. Other familiar abilities Samus will have to include the Speed Booster, Shinespark, and Screw Attack.