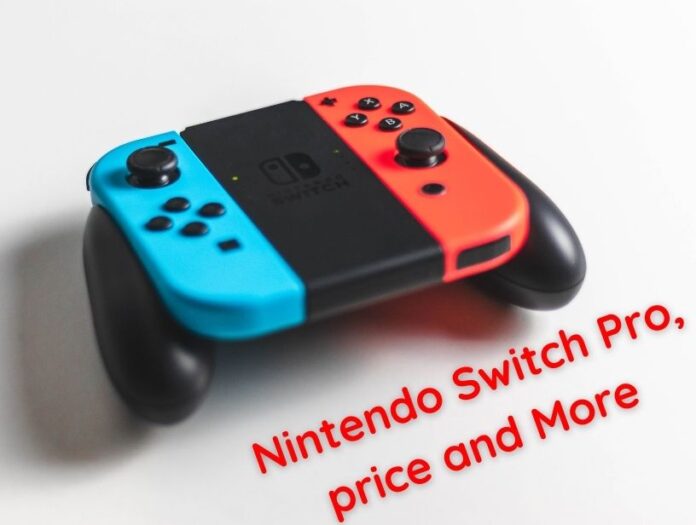 Gamers are excited for the launch of Nintendo Switch Pro. So, the new Nintendo Switch Pro is expected to be launched in September, 2021.  Nintendo Switch Console is going to be much more powerful than the earlier one and also expensive. The Nintendo Switch is a great console that gives it a unique edge that the PlayStation and Xbox do not have. It is not better to get Roblox on Nintendo Switch. However, the next generation of consoles is mostly preferred to keep up with the new technology.

It was heard that the new console was going to be 4K ready, but this has been denied by Nintendo. We can confirm that the Switch Pro has an OLED screen and it will use the same chip as the Nintendo Switch Lite. Adding on to Nintendo Switch Pro details, raw horsepower and perhaps a slightly bigger screen are expected. However, the hybrid console is unlikely to see sweeping changes. According to Nintendo’s track record hardware changes are expected. During this pandemic it is difficult to confirm the release date. Moreover, there is  no official announcement yet. However, it is expected that the Switch Pro will be launched in September, 2021.

As the details are also not much specified. So for instance there is no update for price till date. If we receive any date we will surely inform you. However, The Nintendo Switch Pro controller has been out for a limited time. Gamers who want to get a proper console can buy it online.

Recent updates suggest that the official announcement for the launch will be done soon. According to recent leaks and rumors, the Nintendo Switch could be available for pre-order as soon as June 5th. Moreover, it is out that the company discussed Nintendo Switch on 10 may.

Should you buy a Nintendo Switch Pro?

It depends on what you’re buying it for. If you really like Smash and are in the competitive scheme, you may want to consider buying a GameCube controller instead. These are cheaper than normal pro controllers and considered better by many Smash fans, who think that GameCube controllers are the only way to go.

You could be playing the great games on the Switch Pro, but you’re sitting here waiting on something that might not even happen. I personally think you should look at the games and see if there is enough there to enjoy, rather than wait. Remember, the console is a vehicle to play the games, don’t get so hung up on the hardware. It’s a great system, I could recommend it. Look no further than last year with all the crazy Smash Bros. rumors that were ultimately false. There are legit times of information genuinely getting out there, but Nintendo will let its consumers know when something comes to be or will come out.