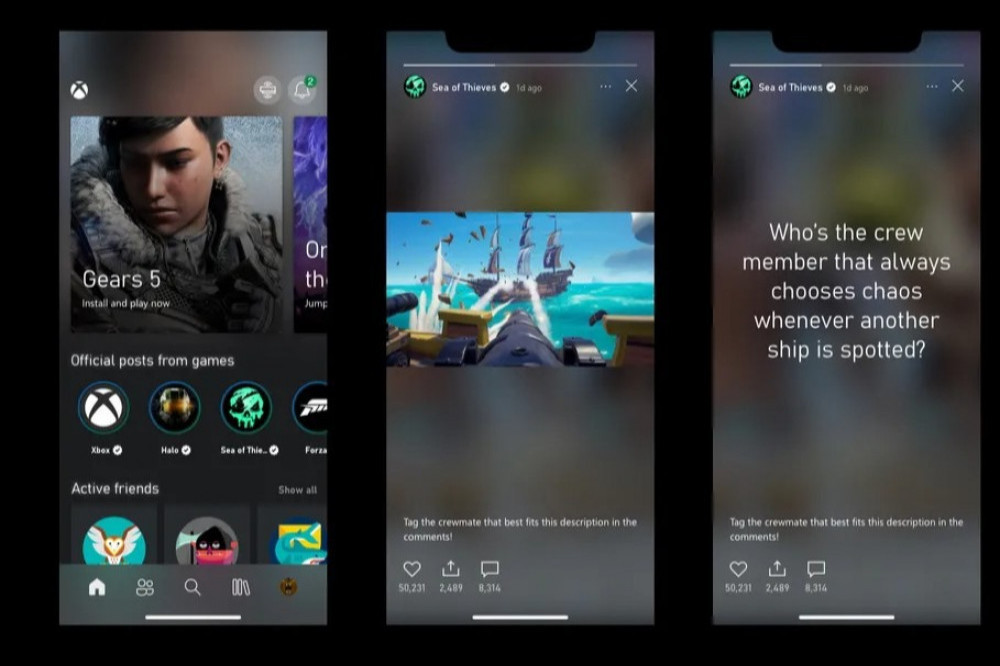 The gaming giant has introduced a new feature which adds “official game stories” to the service, letting users see the best clips from top titles.

In a tweet announcing the news on Wednesday evening (16.06.21), the Xbox team said: “Today we’re introducing official game stories in the Xbox app – because everyone deserves to see that no scope.”

The feature will include stories similar to Instagram and Twitter, with pictures or prompts about the game available to followers, who can then interact with them.

It’s not yet clear if the company will let users themselves create stories, or whether this is simply another way for studios to push the titles.