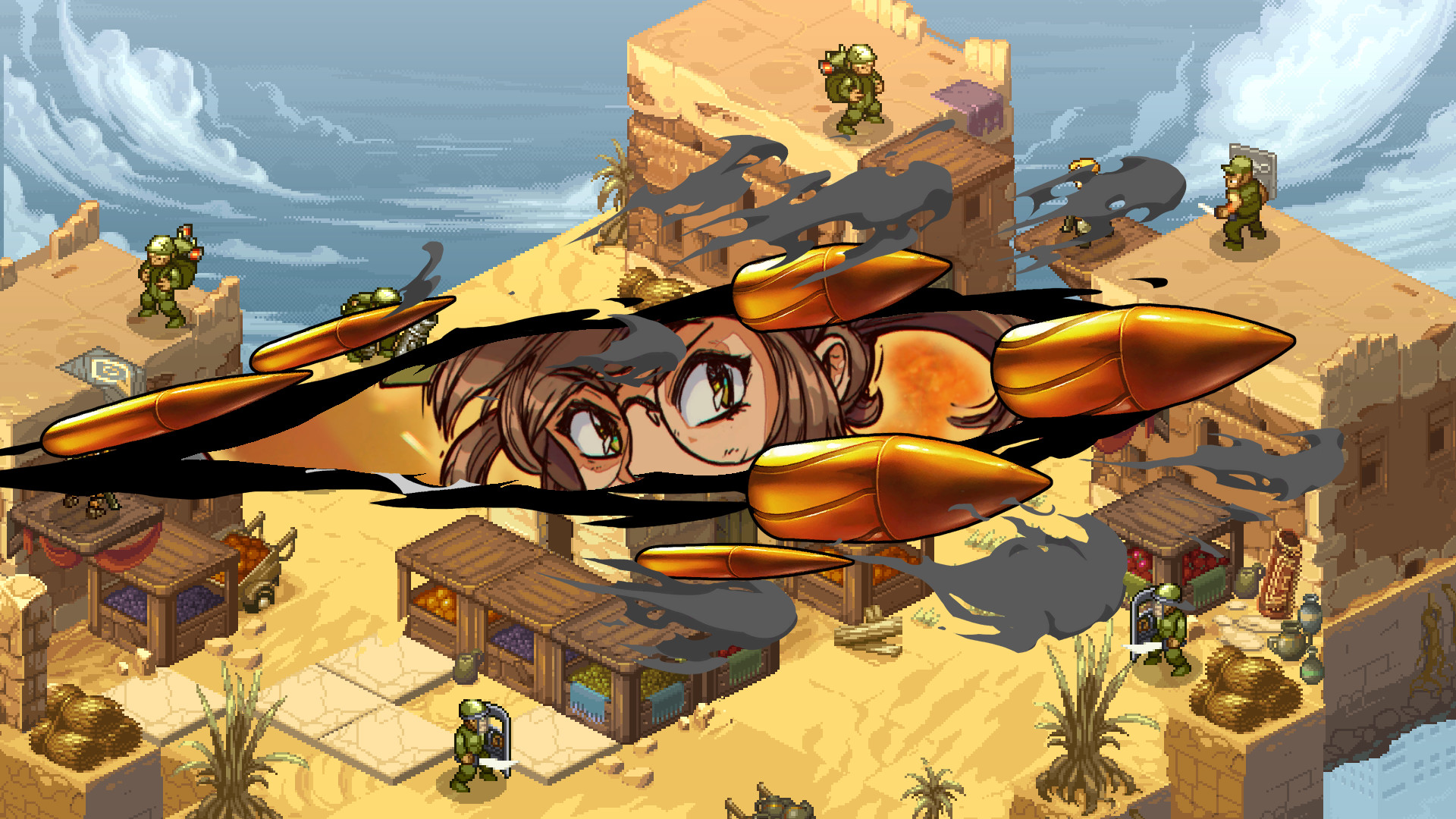 Developer Leikir Studio and publisher DotEmu have announced that Metal Slug Tactics will release on Nintendo Switch as well as PC via Steam in 2022. The Switch announcement comes with a new trailer for the game, which can be viewed below.

Metal Slug Tactics is the latest game in the Metal Slug series, known for its side-scrolling run’n’gun action. The game is a tactical RPG with familiar characters from the series including Marco, Eri, Fio, and Tamra who fight on pixelated isometric maps. The game will have a headquarters for the Peregrine Falcon Squad that houses nods to other games in the series, with many of the game’s settings, weapons, and enemies also coming from older titles.