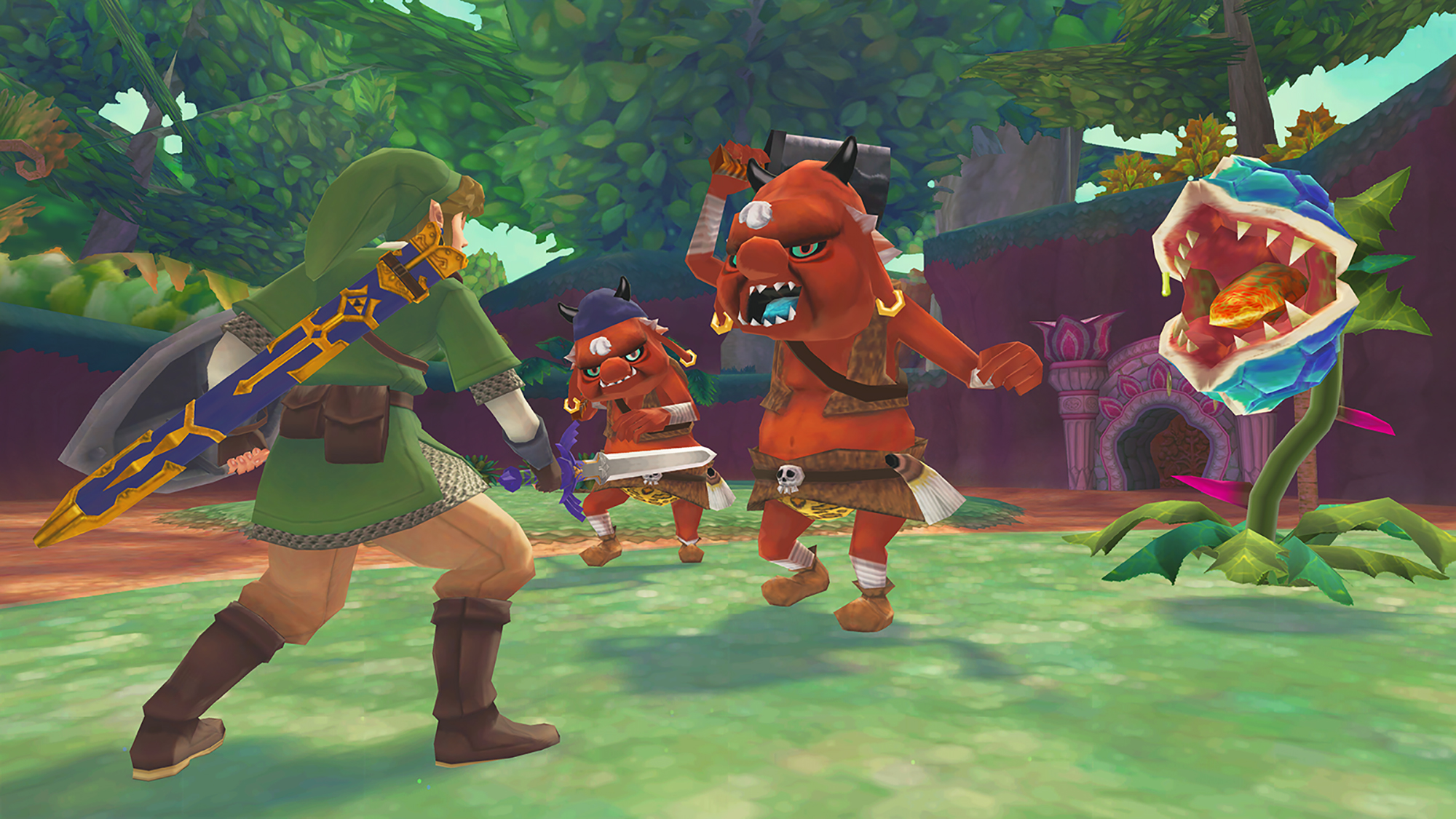 Nintendo has released a new trailer for The Legend Of Zelda: Skyward Sword HD, showing the quality of life improvements on Nintendo Switch.

The remaster’s list of improvements aims to provide a smoother experience than when the original game released on the Wii in 2011.

While players were often frustrated by Link’s companion Fi, she now only appears in cut scenes or when necessary. Players who wish to summon her for guidance or advice can now do this manually.

The trailer also demonstrates how Skyward Sword HD can be played with either motion controls or button controls. The latter is demonstrated with a Nintendo Switch Lite, while previous trailers have been ambiguous about whether this option is still available when playing the game on the TV.

Additional quality of life improvements includes an enhanced frame rate of 60FPS compared to the original’s 30FPS, the option to fast-forward dialogue, and even skip cut scenes.

Another change that annoyed players of the original Skyward Sword is that information would come up every time a player picked up a collectable item upon starting up the game again. This time, this box only appears when an item is picked up for the first time.

While the detail is not explicitly highlighted in the trailer, a short clip showing different save files indicates that the game also supports autosave besides manually saving at statues.

These statues also allow Link to move between the sky and surface worlds. The ability to freely travel between the two at any time, however, is still locked behind the new Zelda and Loftwing amiibo figure.

The Legend Of Zelda: Skyward Sword HD releases for Nintendo Switch on July 16.

Elsewhere, someone has finally opened a treasure chest in Breath Of The Wild, previously thought to be impossible. The reward, on the other hand, was less impressive than the feat itself.