Here is The Full List of Games Coming to Xbox Next Week, August 23 to 27 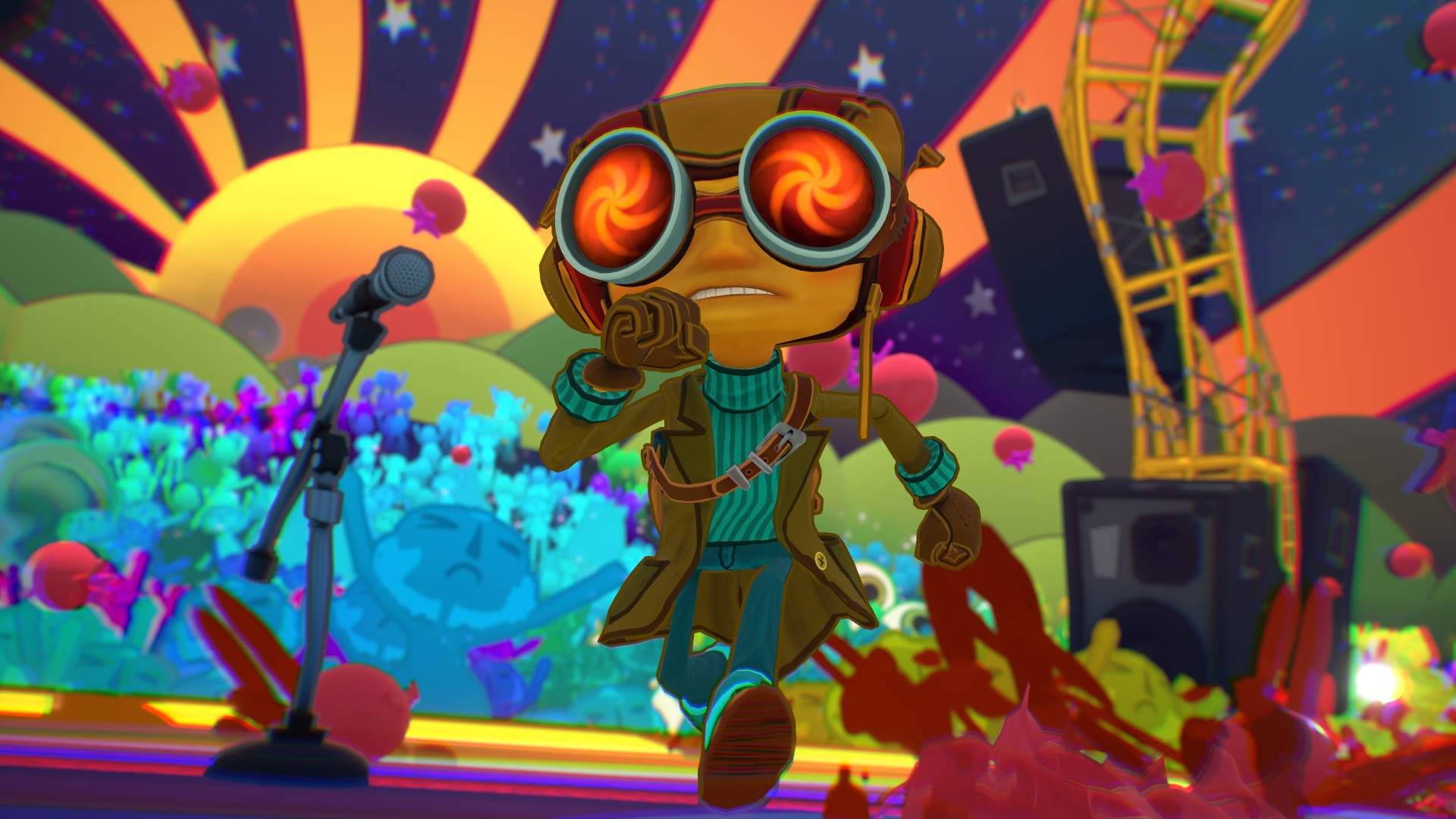 Xbox Wire has just released the latest iteration of their weekly ‘Next Week’ series, where gamers get to see previews of some of the big upcoming releases for the platform in the coming week. If you’re one of those interested, here are the games coming to Xbox next week, from August 23 to August 27.

From developer Cold Iron Studios and publisher Focus Home Interactive comes this brand-new title set in the popular Alien franchise. This third-person shooter is a cooperative multiplayer experience, where you and three other players try to survive the constantly evolving threat of aliens. Aliens: Fireteam Elite is set 23 years after the events of the original trilogy, where you play as a Colonial Marine stationed aboard the UAS Endeavor. With 20 different enemy types, including 11 variants of the always terrifying Xenomorphs, Aliens: Fireteam Elite is a sure hit for those who enjoy co-op multiplayer shooters with a group of friends.

The long-awaited sequel to one of the most influential turn-based RPG franchises of all time finally returns, and it promises to be a bigger and better iteration meant to compete with the rest of the genre. King’s Bounty II is a project of 1C Entertainment, built to expand on the legacy of the original and features a brand-new story. Besides the narrative, it will also bring new factions, enemies and most importantly new features, all meant to bring this series to a wider audience and for a bigger stage.

With so many car racing simulators on the market, it’s inevitable that premier motorbike racing will follow suit. RiMS Racing, from developer Raceward Studio and publisher Nacon, boasts itself as one of the first motorbike simulation titles that combines realistic racing challenges with engineering and precision mechanics. RiMS Racing features eight of the world’s most powerful motorbikes for you to handle, including the Ducati Panigale V4 R, MV Agusta F4 RC, Aprilia RSV4, BMW M 1000 RR, Suzuki GSX-R1000R, Honda CBR1000RR, Kawasaki Ninja ZX-10RR, and Yamaha YZF-R1. You can then customize these machines to your heart’s content in your quest to become the best motorbike racer in the world of RiMS Racing.

From developer and publisher Steel Arts Software is this survival horror set in the highly influential War of the Worlds universe. Set in the aftermath of the eponymous War of the Worlds, the player takes control of a man survivor named Jack, who is on a mission to rebuild a working Heat Ray, which was one of the most terrifying weapons in the Martians’ arsenal. To do so, Jack has to explore this post-apocalyptic world, one that’s still as dangerous as it was, with various horrors lurking around every corner.

A different breed of the action-adventure genre, Mask of Mists is a first-person title developed and published by 9 Eyes Game Studio. In Mask of Mists, you play as a mercenary assigned to find a missing person. One of the Archmages of the Academy broke the communication when he was conducting his research in the depths of the Infected Territory. At one time this area had been exposed to the monstrous amount of magic, and it is filled now with creatures of the Abyss. It is up to you to find this missing Archmage and immerse yourself in a new adventure.

The highly-anticipated sequel to one of the best adventure games of all time is finally upon us, as Tim Schafer and Double Fine Productions will finally release Psychonauts 2 next week. Join Razputin “Raz” Aquato on a brand-new journey, as the powerful young psychic embarks on this new adventure. With the leader of the Psychonauts acting suspiciously after a kidnapping, it’s up to Raz and the rest of the team to find out what’s wrong. What’s more, there may be a mole amongst their ranks, endangering all of their lives.

Developed and published by a group of three people behind GrizzlyGames, ISLANDERS is a minimalist city builder that first enjoyed recognition on PC via Steam, where it sits at an Overwhelmingly Positive rating. ISLANDERS breaks down the city builder genre into its very basics, featuring simplistic yet very clean graphics for everyone, regardless of skill, to enjoy. Contrary to the stress of management of resources and other aspects of city builders, ISLANDERS allows players to enjoy the genre at their own pace and relaxation in mind. ISLANDERS is a definite must-buy for those looking to just chill and relax in a simple game.

Developed by Hörberg Productions and published by Flyhigh Works, Mechstermination Force is a 2D platformer mech game filled with action-packed sequences and tons of heavy, gigantic robots. Mechstermination Force sees you jumping and climbing onto these giant hunks of metal, as you try to find their weak spots and blow them all to a million different pieces. Featuring different weapons and upgrades with varying uses for different situations, you can play Mechstermination Force solo or together with a friend via multiplayer co-op modes.

Coming this August 26 is the reimagined classic of the puzzle game genre. Myst has long been considered the gold standard for puzzle games, and now the original minds behind it, Cyan, will be bringing it back to new audiences via the Xbox Series of consoles and Windows PCs. Myst is also one of the big titles to enjoy AMD’s proprietary supersampling technology, AMD FidelityFX Super Resolution. Myst will see players, new and old, journeying to the Ages and unraveling the mysteries of this surreal island, where many secrets are being held under puzzles of varying degrees of difficulty.

Inspired by so many Metroidvania classics before it, Phoenotopia: Awakening is an action adventure platformer developed by Cape Cosmic and published by Flyhigh Works. Phoenotopia: Awakening sees you playing as Gail, a simple villager, who must heed the call for adventure when a great star ship appears one night to abduct all the village’s adults. With Gail taking the place of eldest in this new, fragmented community, she must set out on a journey of her own to solve this great mystery before her, with a great evil behind it lurking in the shadows waiting for the opportune time to strike.

Shmup fans on Xbox also have something to look forward to next week, with Star Hunter DX, developed by 1CC Games and published by Chorus Worldwide, releasing on August 26. Star Hunter DX features the return of the bullet hell bounty hunter, Luna Starr, after she was betrayed by her cut-throat crew. She now has a big score to settle, and Star Hunter DX follows her journey of revenge in five different exotic planets.Star Hunter DX features a real hardcore challenge for the most avid of shoot’em-up fans.

A heartwarming adventure clearly inspired by Studio Ghibli’s portfolio of works, including the Ni no Kuni series, Baldo: The Guardian Owls is an independent title developed and published by Naps Team. It tells the story of Baldo as he journeys through a magical land teeming with mysteries to unravel. Baldo: The Guardian Owls is full of challenging puzzles to solve and intricate dungeons to explore, and meet a host of quirky and unforgettable characters, as you struggle to decipher the cryptic prophecy, and thwart destiny. The game features different landscapes to explore as well, from new towns to hidden temples, all holding different secrets to discover.

Developed and published by Craftshop Arts, Inc., this physics-based party game is a hilarious take – and natural evolution – of the multiplayer brawler. Taking place in the fictional Gutsford University Campus, find out who really rules the school grounds – is it the punks or the jocks? Pick a side, and brawl with your friends in this incredibly funny party game that can be picked up by different gamers of varying skill levels. Mad Streets can be played solo, though, or you can duke it out with three of your friends in a free-for-all.

From renowned independent creator DarkChibiShadow comes this heavy tale of mystery and intrigue, first released for PC via Steam. One-Eyed Lee and the Dinner Party tells the story of Beracus and the eponymous Lee, who find themselves in a mysterious bunker while on a journey to save the former’s suffering village with a potential cure. In the bunker, they meet a family of skeletons, although in the end it’s up in the air if they’re friend or foe. It’s a mystery you have to see through to the end to solve.

Developed and published by Polyblock Studio, Tanknarok is an action-packed twin stick shooter featuring colorful tanks in high-frenzied blastathon battles. Two to four tanks go head to head in a wide range of arenas, featuring huge guns and even bigger, more powerful explosions. Although primarily billed as a multiplayer isometric shooter for two to four players at a time, Tanknarok can be played solo vs bots, with more than 90 dangerous arenas to choose from across seven different themes. Players can also fully customize their matches to their preferences.

Coming this August 27 is this stylized, fast-paced first-person shooter from developer and publisher Snow Day Software. Space Station Sprint sees you infiltrating space stations as you complete various objectives, all before your escape ship of choice gets discovered by the enemy. As the space runner, you have a wide arsenal at your disposal, including slides, grenades, shockwaves and slow motion abilities, all of which will come in useful as you try to survive the harsh battles in space. In addition to these, permanent upgrades, time bonuses, collectibles and secrets can all be found throughout each space station.

A creative take on several sports genres all at once, Super Slam Dunk Touchdown combines basketball, American football, roller derby, soccer, tennis and even bowling, as assembled teams with different players do their best to achieve one goal: score a goal. Super Slam Dunk Touchdown can be played solo or with a six-man group, with three players on each side battling for control of baseballs, basketballs, bowling balls, tennis balls, and more. Watch out though, as the field is filled with whimsical dangers of every kind, including banana peels, streaking fans and even ice resurfacing trucks.

Coming to Xbox this August 27, Zoffie is a mysterious title set in a place of work called the Zoffice. Why is it mysterious, you ask? Because you have to watch out for zombies along the way. There’s Nick with security, tech wiz Jessica, and Theo who’s… having a hard time adjusting. Players can find out more once the game releases next week.