Announced last month, the Steam Deck no doubt made a splash as it promises to give gamers a true portable PC gaming experience. While the Steam Deck is surely made waves in the West, gamers in Asia are also more excited for the Steam Deck over Nintendo’s own upcoming Switch OLED.

According to a report by e-commerce aggregrator iPrice Group, the Steam Deck has nearly 3x Nintendo Switch OLED’s Google search interests within July 2021 across 10 Asian countries. 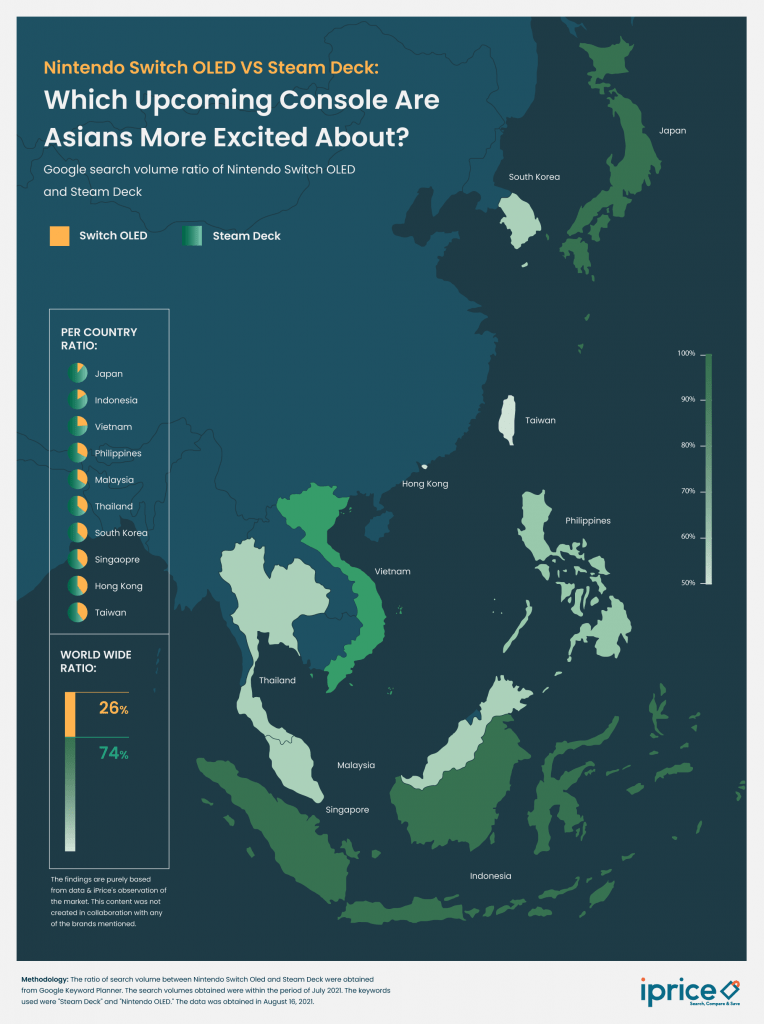 Moving on to East Asia, the interest ratios in Hong Kong and Taiwan are similar to Singapore’s at 60:40 (60% Steam Deck, 40% Nintendo Switch). Surprisingly, Japan (Nintendo’s home country) had much more interest in the Steam Deck, with the upcoming Valve handheld having over almost 8x more search volume than the Switch OLED/ 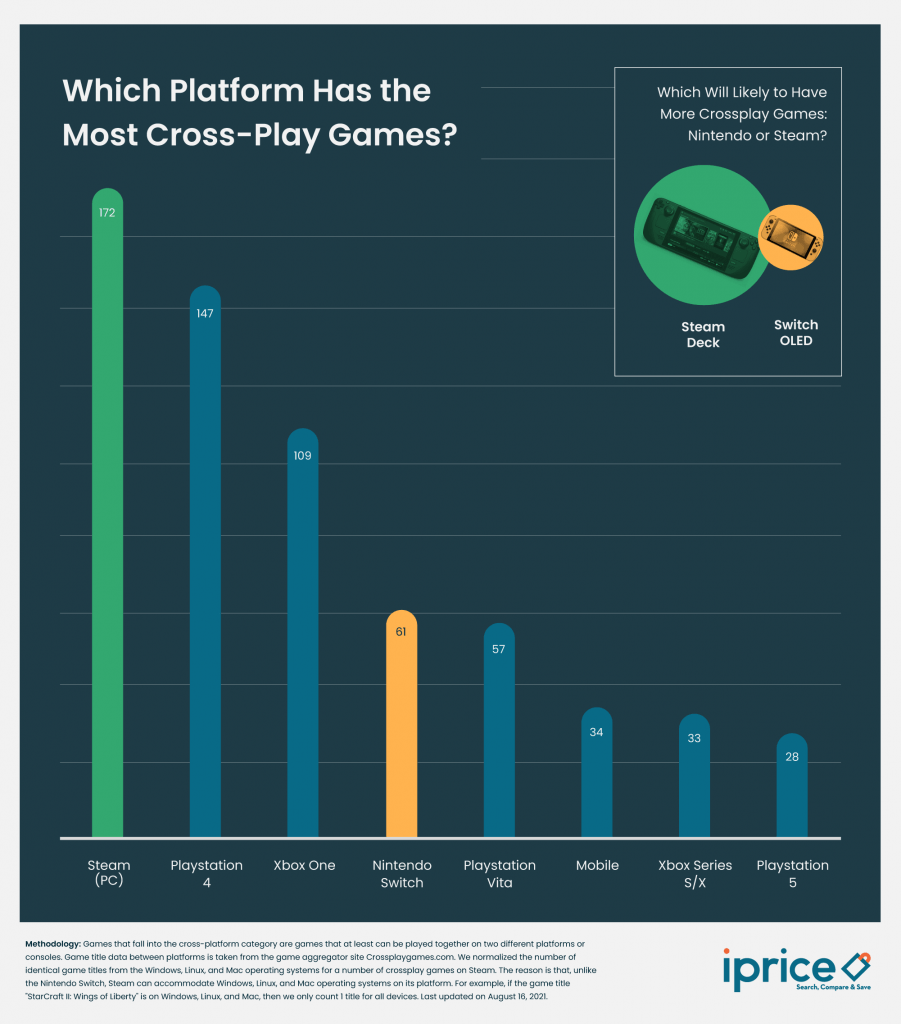 According to iPrice, one possible reason why the Steam Deck is more popular is that Steam has the most number of cross-platform titles, meaning players on Steam are the least limited when it comes to playing with friends on other platforms.

Though another likely reason is that the Steam Deck is an entirely new console with an impressive promise of giving players the PC gaming experience everywhere they go. After all, the Switch OLED is simply a refresh of Nintendo’s now four year old console, and it does not even come with an enhanced processor/GPU.