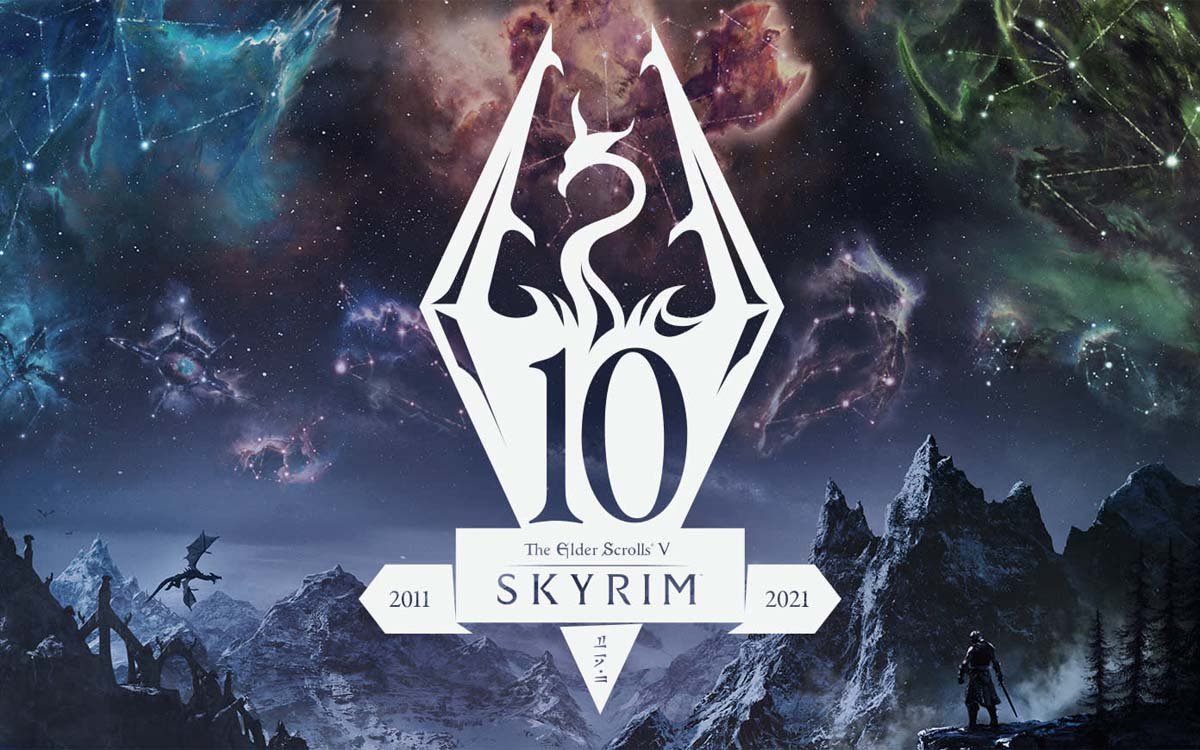 What do The Elder Scrolls V: Skyrim and GTA 5 have in common? They will both release 3 generations of consoles. Indeed, for its 10th anniversary, Bethesda’s RPG will land on PS5 and Xbox Series X in November 2021.

When Skyrim hit PC, Xbox 360, and PS3 in 2011, the gaming world shook. We had rarely seen a game so complete, so time consuming and above all so epic. The freedom offered to gamers was unprecedented and this made the Bethesda RPG a part of video game legend. Given the success of the title, the game was later adapted for PS4 and Xbox One. It even got a version on Nintendo Switch in 2017. But Skyrim’s story is not over.

Indeed, the Bethesda studio announced the arrival of a next-gen version of the game on PS5 and Xbox Series X on November 11, 2021.

The most complete version of Skyrim

Still according to Bethesda, The Elder Scrolls V: Skyrim Anniversary Edition will be the most complete version of the game. Basically, this version will include all the DLC as well as over 500 content from the Creation Club. These are quests, weapons, dungeons, bosses and spells imagined by the very active fan community.

Most importantly, the game will benefit from the performance of the PS5 and Xbox Series X. That said, Bethesda hasn’t really detailed the title’s graphical differences compared to older versions. We can expect much shorter loads, 60 fps and especially a big graphic overhaul to, why not, reach 4K. Let’s wait for confirmation from the studio to get carried away. This new version will in any case be the opportunity to discover this legendary game if it has not yet been done.

If you’ve already played the game and purchased the PS4 or Xbox One version, you’ll get access to this Anniversary Edition for free. The game will also be available on Microsoft’s Game Pass from November 11. What? Any news on The Elder Scrolls 6? It will be for later.