Gaming has morphed and evolved over the past few decades and today, the craze is all about online gaming. This allows gamers to compete in various challenges remotely, no doubt a fete made possible by the prevalence of reliable internet.

One of the popular online games is Fallout 76. For the uninitiated, Fallout 76 is an online action role-playing game developed by Bethesda Game Studios and published by Bethesda Softworks. 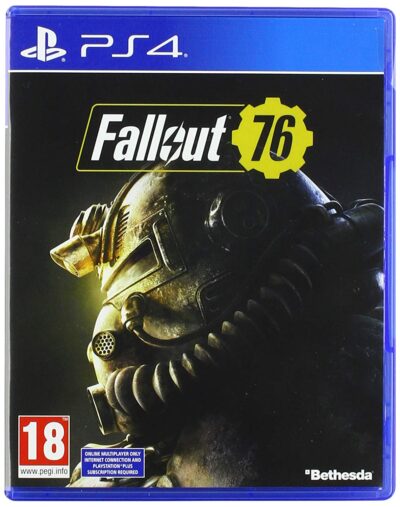 Like many other titles today, Fallout 76 is available across many of the popular gaming platforms including XBOX and PlayStation.

Also, like many of these games, Fallout 76 is not immune to the perils of modern software and as such, there have been a bunch of issues, and today we’ll look at a few more of these.

Now, according to a section of users, Fallout 76 has a bug where the weekly challenge is marked as complete. This means that players cannot attempt them, thereby missing out on the score. So I logged on and 5 of my weekly challenges have already been complete. So now I won’t get the score.. fun times. My friends also had the same issue.
Source

In addition to this, Bethesda says that next week, they’re planning to add some bonus Weekly Challenges. These are some decent bonuses if you ask me. Hi. We’re aware of the Weekly Challenges in Fallout 76 being already complete. We are not able to replace them this week, so we’re going to double the rewards from your Daily Challenges this weekend (June 8-12) and next week we’re planning to add some bonus Weekly Challenges.
Source

With that, affected players have something to look forward to, a proper chance to make up for the lost scores they missed out on due to this bug.

Even while these users get excited at what’s coming, it is coming to light that there might be another bug afflicting players of Fallout 76 on the PlayStation 5.

This issue that has since been acknowledged by the game developer causes crashing problems when exiting out soloable dungeons.

PS5 ESO update still having crashing problems when exiting out soloable dungeons, this very annoying and it happens everytime. Stop overlooking the crashing reports and get this done.
Source

As mentioned, this too has been acknowledged and Bethesda says their team is currently investigating. In the meantime, affected users have been advised to continue submitting bug reports on the same to help in the investigation. Our dev team is aware of the issue and currently investigating it. If you have a moment, it would also be helpful submitting this bug as feedback on our support site.
Source

Another issue that is reportedly afflicting players of this game has to do with the game’s load up. A section of these players notes that they’re stuck at a black screen and the game just won’t load up.

In response to these user complaints, Bethesda is advising affected users to log out completely and log back in after a few minutes as this should fix the issue.

Gaming is becoming more and more appealing to users owing to the prevalence of smartphones that are capable enough to run some of these multiplayer titles.

We can only hope to see more such titles becoming more accessible to players and gamers across the globe. We shall continue to keep n eye on this Fallout 76 challenges bug and PS5 crashing issues so stay tuned.

NOTE: We have these and many more Fallout 76 stories here.