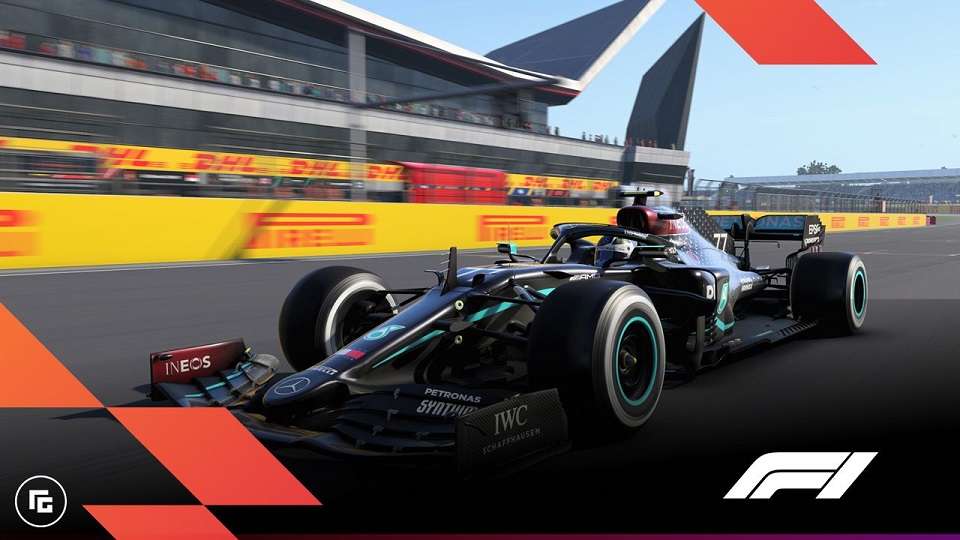 The latest release in the prestigious F1® series features the teams, drivers and circuits for the 2021 FIA Formula One World Championship™ and introduces a brand-new story mode, expanded Career mode with two-player option, and three new circuits, Portimão, Imola, and Jeddah, available to all players for free as post launch content.

In anticipation of the Formula 1® PIRELLI BRITISH GRAND PRIX taking place this weekend, July 18, Codemasters has released new gameplay footage captured on Xbox Series X to get viewers up to speed on the elite Silverstone Circuit on YouTube here.

In the new story mode, Braking Point, players experience the glamorous world of F1® as they rise in the rankings from Formula 2™ into a coveted Formula 1® spot, mirroring real-life team dynamics and dramatic run-ins with other drivers on the grid. The expanded Career Mode introduces a two-player option for friends to play online together or choose opposing teams and race against one another in synchronous race sessions. Career Mode also features Real-Season Start, which allows players to start their career at any race in the season that has already occurred, adopting the real-time drive and constructor standing from that point in time.

“The excitement around Formula 1® racing is truly palpable this season and launching F1 2021 on current and next-gen consoles gives us the opportunity to bring in players from around the world to live out their F1 dreams,” said Lee Mather, Franchise Game Director, Codemasters. “We are excited for players to jump into the world for themselves as they climb the ranks and race against their friends or foes for a chance to win it all.”

On the next-generation consoles, F1® 2021 boasts a visual uplift including improved on-track models, textures, and enhanced car body and tire damage models. Ray Tracing allows for photorealism in replays, cutscenes, and in Photo Mode. The Performance Mode option allows the game to run above 60fps on compatible hardware, and players on next-gen platforms will experience improved loading times.

Benefits for the digital Deluxe Edition include seven iconic F1® drivers for use in My Team, complete with exclusive customization content, 18,000 PitCoins and the Braking Point Content Pack.

F1® 2021 is rated E for Everyone and is now availablefor 250 RON. For F1® 2021 news, followFormula 1 game website and social channels onInstagram,Twitter, YouTube andFacebook.