Bus Simulator 21, the next installment of the fan favorite series, has officially launched on the PS4, Xbox One, and PC. You can view the new trailer above, and read below for tons of details about the release and what is included!

Duesseldorf/Germany, September 07, 2021 – More buses, more brands and freedom like never before! Today, astragon Entertainment and stillalive studios are happy to announce that with Bus Simulator 21 the most extensive bus driving experience in the history of the popular game series is ready for departure on the digital stores as well as numerous retail stores around the world! 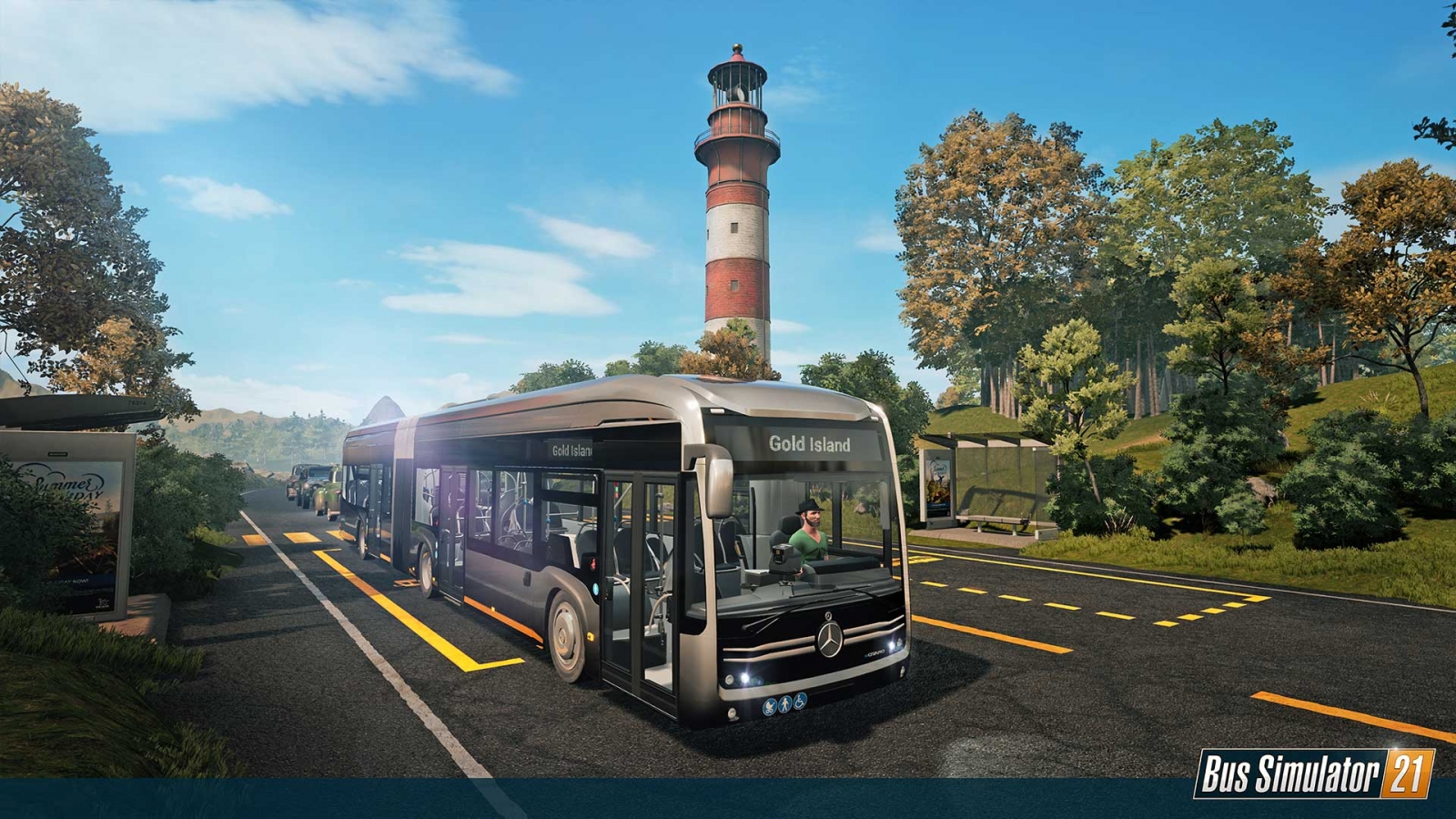 With Bus Simulator 21 the latest part of the popular simulation game series is now available on the digital download stores as well as a disk version in numerous retail stores around the world. Players can look forward not only to the most extensive vehicle fleet, but also to numerous new and improved features and the freest gaming experience in series history to date! 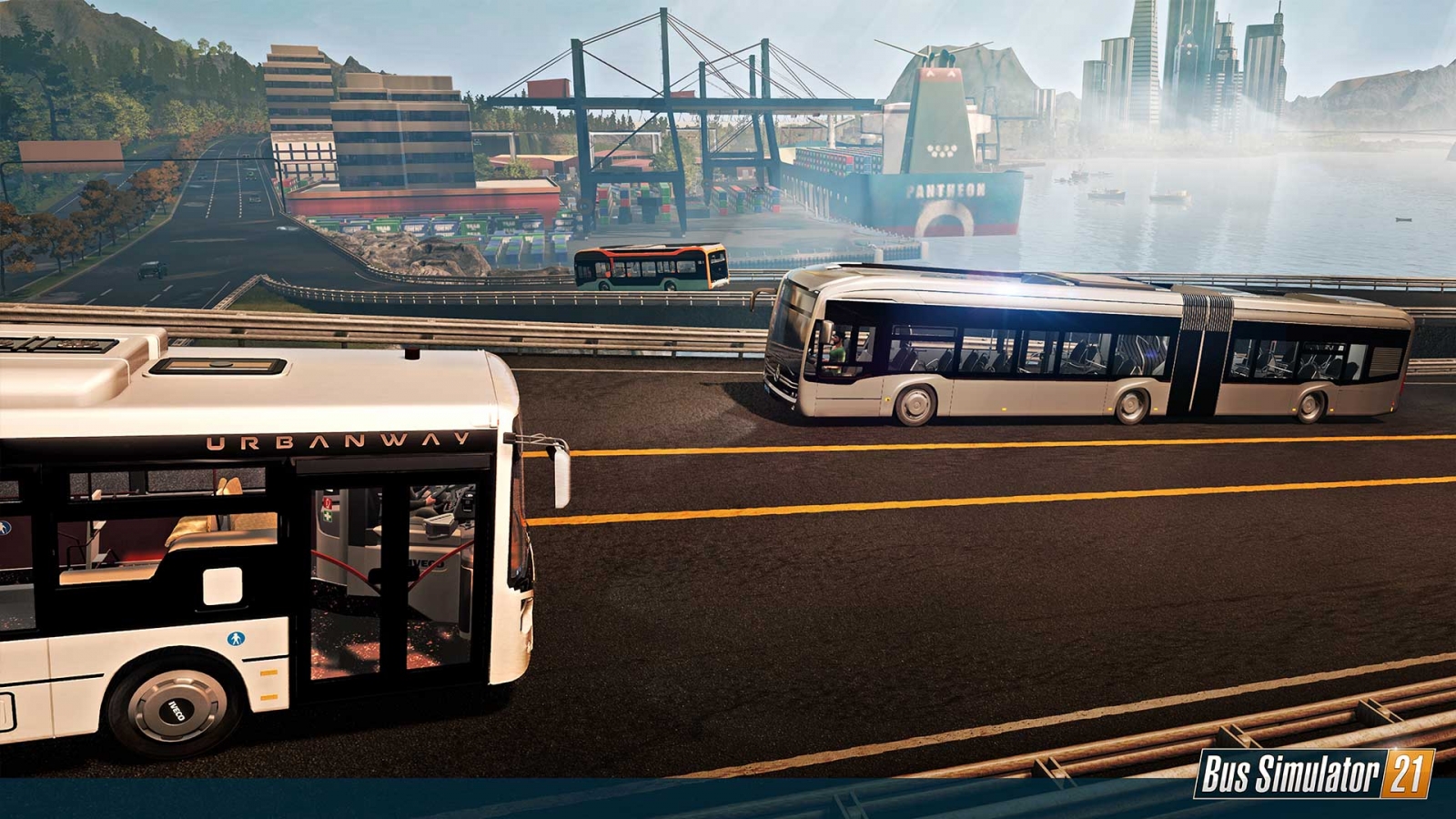 With 30 officially licensed buses by 10 world-famous brands such as Mercedes-Benz, Volvo, Scania, BYD, Alexander Dennis, Blue Bird, Grande West, Setra, IVECO BUS and MAN bus enthusiasts can choose from an unprecedented variety of bus models in Bus Simulator 21 – including city buses, articulated buses and, for the first time, also e-buses and a double-decker!

Two maps, multiplayer and an even freer open world approach!

Compared to its predecessor, Bus Simulator 21 offers two huge, lively maps: The North American-inspired city “Angel Shores”, and the European based city “Seaside Valley” known from its predecessor Bus Simulator 18 including the areas of the official map expansion. Both maps are offering an even freer open-world approach that invites players to explore their surroundings: For example, to pay a visit to the bus dealer to look at new models or to go on a merry search for carefully hidden easter eggs – be it alone or in cooperative multiplayer mode with up to three other players.

Another innovation is the floating day and night cycle, including dynamic weather. In addition, players will – for the first time – be able to access convenience comfort functions such as fast travel to all important points on the map, an option to fast forward the time to any point, and take-over the buses of their teammates or AI colleagues at any time they want. True to the motto “Less time in menus and more time on the road”, players are free to choose whether they want to use these options via the map menu or within the game world directly. 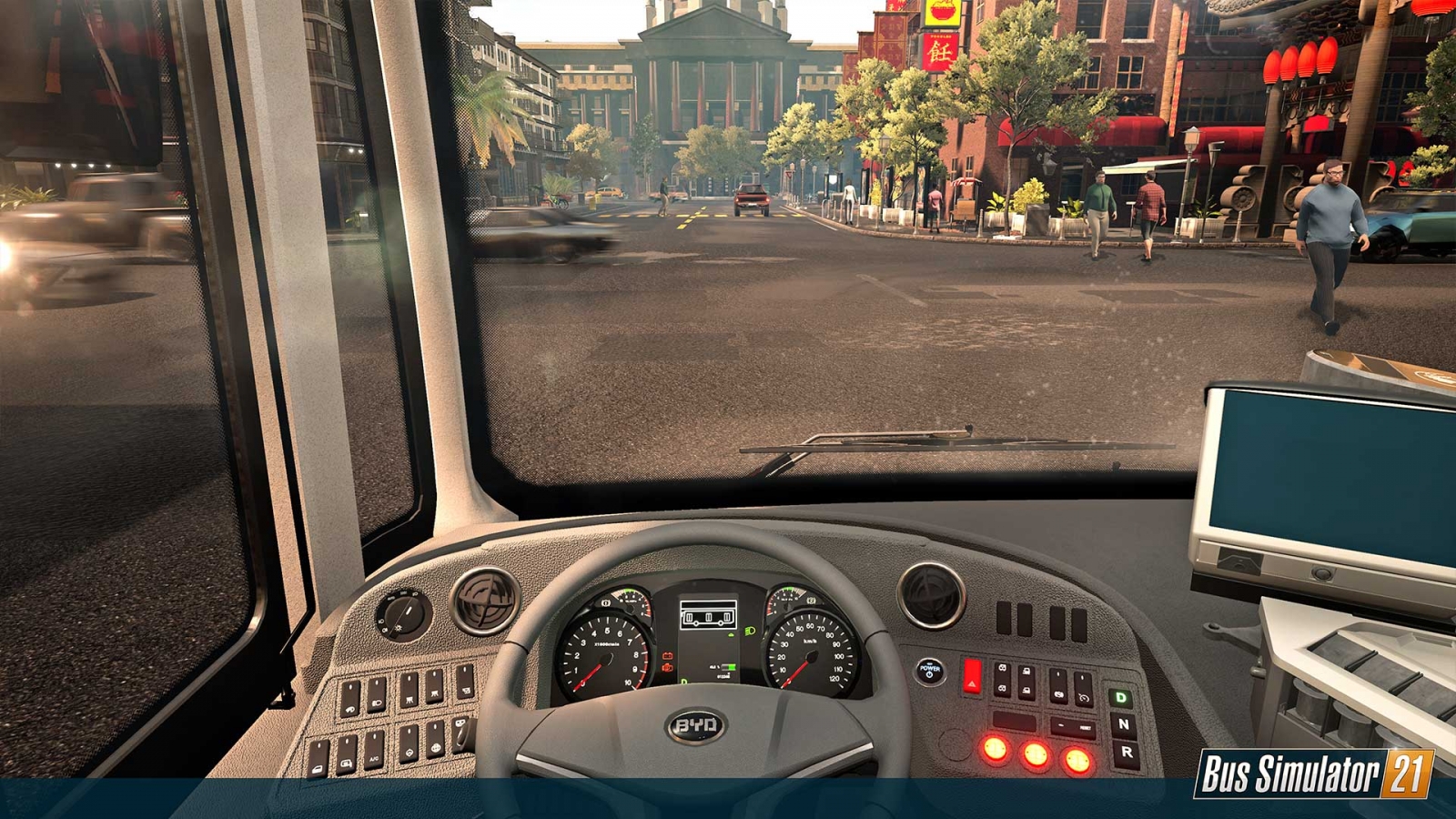 If bus driving isn’t enough for you, you can also look forward to numerous whole new and improved management functions which, if desired, provide even more depth to the game. In Bus Simulator 21 you can not only create your own routes freely, but for the first time also use more in-depth micromanagement in order to optimize the income of your local transport company: examples are setting up detailed timetables including peak times, efficient route planning that takes the number of passengers at specific day or night times into account and more.

During the bus rides, players can expect plenty of variety: In addition to the huge selection of different bus models with their unique driving behavior, challenging traffic situations – such as narrow streets, oncoming traffic, serpentines, bus stations, night journeys, construction sites, cross-country journeys, potholes, traffic jams, traffic obstacles and speed bumps – ensure that bus drivers will have ample opportunity to prove their driving skills in different situations. Random events such as a litter left behind in the bus, special requests from passengers, fare dodgers, loud music, and blocked bus stops should of course also not go unnoticed by the driver.

To ensure that the bus company presents an individual corporate identity to the player’s wishes, Bus Simulator 21 offers extensive options to customize the appearance of buses and bus drivers. Buses can not only be designed freely in terms of color but can also be decorated with a huge selection of stickers, complete paintworks and advertisements. Meanwhile, the new character editor comes up with more than 15,000 design combinations with which the appearance of the bus drivers can be adjusted according to the player’s preferences in terms of physique, clothing, skin color, hairstyle, accessories, etc. 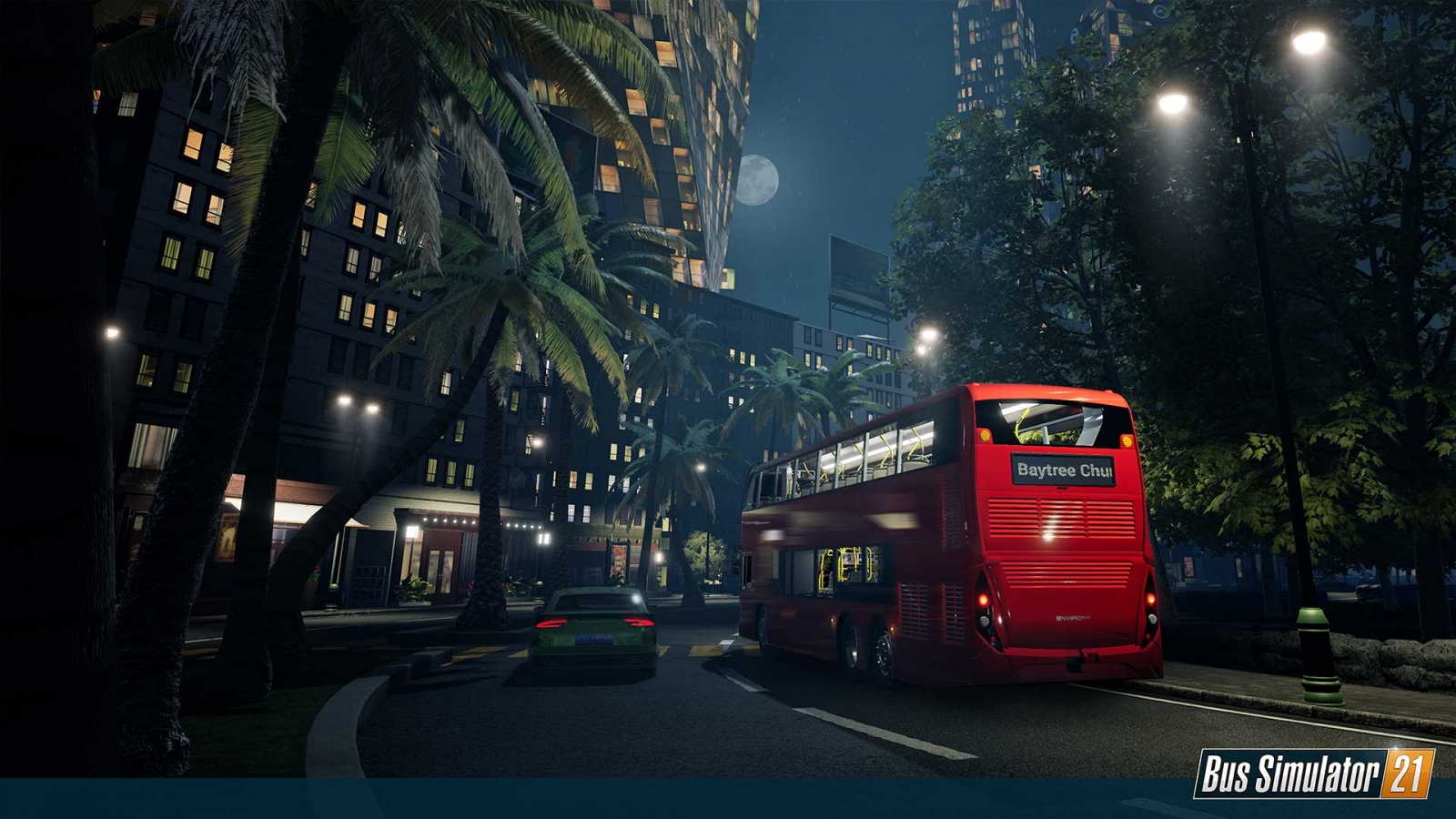 Players wishing for even more options to customize their bus fleet, can look forward to a very special gift during the release week of Bus Simulator 21: From September 07 until September 13, 2021 the Angel Shores Insider Skin Pack DLC with 10 additional skins will be available for all buyers of the game as a free download on Steam™, on the PlayStation®Store and on the Microsoft Store! 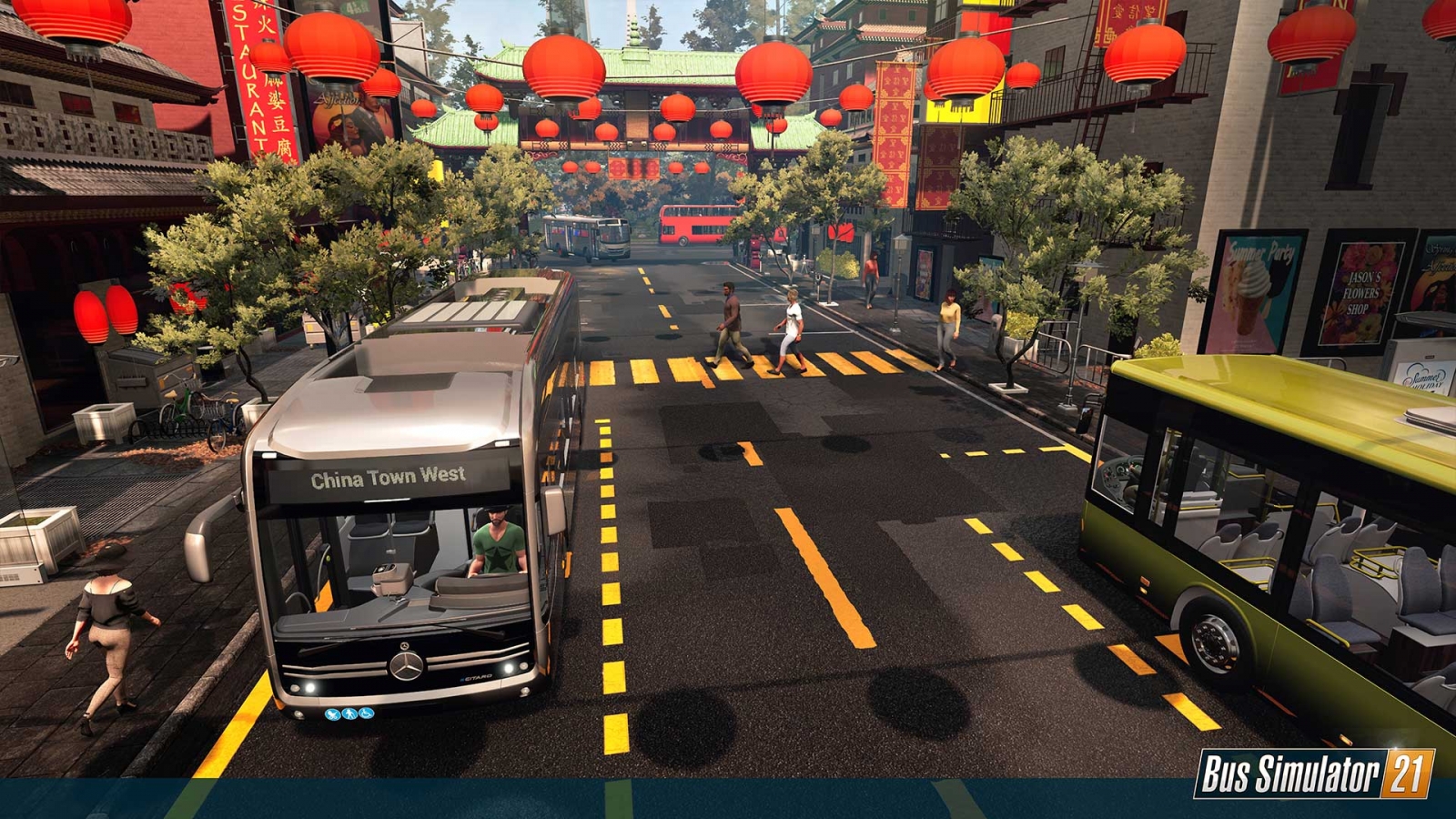 The Bus Simulator 21 – Extended Edition, which is available as a digital download version only, also contains an exciting package of tempting bonus content: The MAN Bus Pack including a brand-new MAN Lion’s City 12 city bus as well as three additional MAN interiors to adapt the interiors of the MAN buses!

Regardless of which offer the players will choose: The game’s additional content packages will also be available as separate DLCs on the digital stores so that every player can mix and match their unique dream content package.

An overview of selected offers and the links to the digital stores can be found here:

Please visit us at:

Stay tuned to Gaming Trend for more info on Bus Simulator 21 and for all your gaming news!