With Forza Horizon 5 officially launching yesterday (November 9, 2021) on Xbox One, Xbox Series X/S, and PC, gamers all over the world have put their virtual racing skills to use, thrashing all sorts of expensive machines from the comfort of their homes on the numerous tracks available.
6 photos

Several gameplay videos have already made their way online, and a particular clip caught our attention. At nearly 8 minutes long, it shows several drag battles between some of the finest machines in Bugatti’s modern and relatively modern portfolio.

So, which one do you think came out on top? Only one way to find out, and that’s by scrolling down and watching the video. 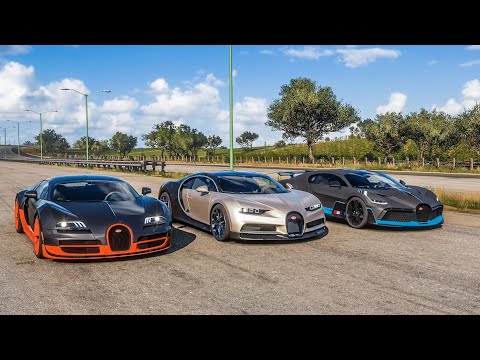