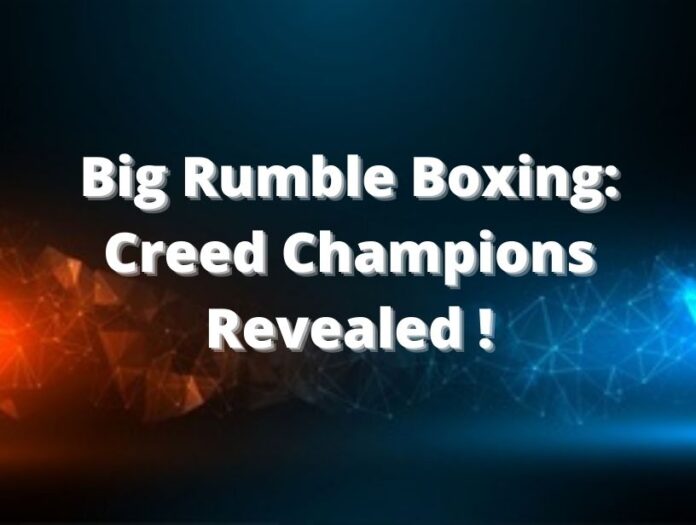 Big Rumble Boxing: Creed Champions Revealed For PS4, Xbox, And Nintendo Switch! eSports Boxing Club video game coming to PC and gaming consoles sometime this year! There is another new boxing video game on the way, and this one has a definitive release date.

Big Rumble Boxing: Creed Champions. It is developing in partnership with movie studio Metro Goldwyn Mayer by Survious, It is based on the Rocky movie universe.

Survios also developed the VR-based Creed Rise to Glory. This new arcade-style boxing title is on its way to consoles. The game will be released on September 3 on PlayStation 4, Xbox One, Switch, and PC via Steam.

Characters from the Rocky movies, even the original protagonist, Rocky Balboa, Apollo Creed, Ivan Drago, and Clubber Lang, are a part of the roster. Other characters are also there in the trailer.

The gameplay style is reminiscent of the classic Midway beat-em-up Ready to Rumble. According to IGN:

“Big Rumble Boxing: Creed Champions provides an exceptional arcade fighting mode. This feature features “new stories” where players can unlock rewards, as well as local competitive multiplayer matches. A practice mode is also present in it that takes you right into a Rocky-style training montage.

On Friday 22 minutes of gameplay on YouTube was posted by Screen Stars.

BRBCC will not threaten eSports Boxing Club, which has prided itself on being a simulation of the sweet science. It’s so good to see that boxing is coming back to the gaming consoles in stimulation and arcade formats.

How to join FaceTime call FOMO on Android or Windows