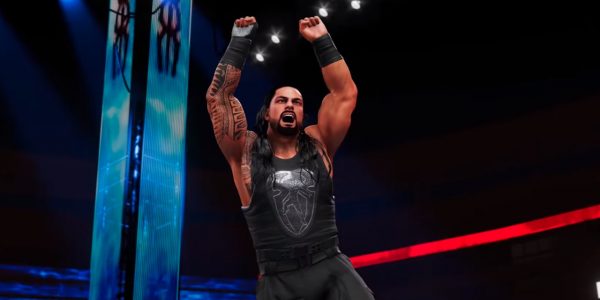 With issues continuing to plague the WWE 2K20 video game, the developers have released a brand new patch update. This one appears to have made many fixes to overall gameplay and other glitches. In addition, it gives fans the Create a Championship functionality that was missing. Here’s a bit more detail about what’s been addressed in the new WWE 2K20 patch update.

The new WWE 2K20 patch update 1.06 is available on the Sony PlayStation 4, Microsoft Xbox One, and PCs. The biggest addition is the Create-a-Championship feature, which allows gamers to create customized title belts for use in the game. These belts can be pretty much anything someone dreams up. In the 2K19 were assignable to superstars on the different brands. The belts could be defended in matches at various events too.

In terms of gameplay tweaks or fixes, those include many items outlined in 2K’s patch notes. Reportedly, they’ve improved animations and collisions between superstars as well as A.I. behavior in the game. In addition, they note they’ve addressed concerns with Big Head mode, reversals, character freezes, visual corruption, face paint failing to appear, and of course, those oh-so-fun game crashes.

Those are just a dozen of the items that the developers have reportedly fixed for gameplay. Other fixes or corrections have come in the areas of Creations, Online, Universe, MyPlayer, MyCareer, 2K Central and 2K20 Originals.

Tough times ahead for WWE 2K?

It’s been a tough outing for the popular wrestling video game franchise. The WWE 2K20 game’s original issues arrived due to 2K Sports having to rely on developer Visual Studios after longtime developer Yukes stepped away. As the game hit consoles it was full of gameplay glitches and bugs. That led to the new game being poorly received and reviewed as fans were unhappy with the final product that arrived on the game’s release date.

The development team continues to work away to address the ongoing issues, as seen in the latest WWE 2K20 patch update. Still, it left fans sour after paying $60 to over $100 for a game they expected to be better.

Things may get worse. About two weeks ago, reports arrived that many developers were leaving Visual Studios. A report cites former WWE 2K series writer Justin Leeper saying that due to the poor reception and sales of WWE 2K20, the budget for the 2K21 game had been slashed.

That leaves the franchise in jeopardy moving forward, as fans of the 2K series hope somebody can save the game before it just dies out.

Get more of the latest WWE 2K news here.