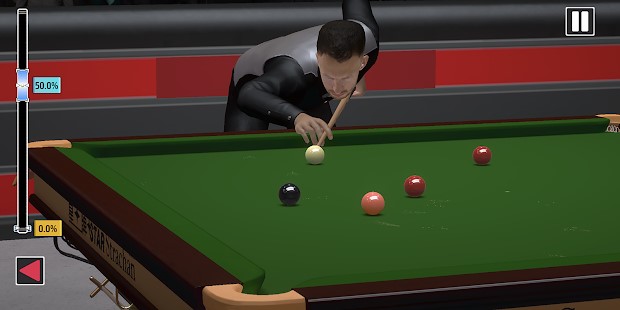 While Snooker fans might not be ready to return to the Crucible this weekend, Sumo Digital has launched WST Snooker on iOS and Android.

Gamers who might otherwise be heading to Sheffield to watch the World Snooker Tour go live once more can experience all the tension of Snooker’s best moments without having to watch your cue right now. Sumo Digital, the publishing house behind the much anticipated Hotshot Racing, has just launched WST for on the go gamers. Available on the iOS App Store and the Google Play Store right now for £4.99 / €5.49 / $5.99.

Cue Up The Details

This self-published title, the first since Snake Pass for Sumo, is set to drag gamers into the cauldron of drama that makes up the WST. Officially licenced, WST Snooker features the world’s top 128 players, including Ronnie O’Sullivan, Mark Selby, Judd Trump and Ding Junhui, as well as official tournaments and international venues. Pick up WST Snooker and you will have an opportunity to compete in all 25 snooker tournaments around the globe – from the China Open at Beijing’s Olympic Gymnasium, to the pinnacle, the World Snooker Championship at Sheffield’s renowned Crucible Theatre.

“We are excited to release WST Snooker on mobile devices as The World Snooker Championship begins here in Sheffield,” added Gary Dunn, Sumo Digital MD “Lab42 has enabled all Snooker fans to join in the action and play at The Crucible at the same time as their heroes, and at every major championship around the globe!”

These famous setting play host to a range of game modes in WST Snooker, from trick, shot and skill challenge modes, online and offline multiplayer, fully customisable matches of snooker, 6-red and Shoot Out. While you might not end up with a trophy for your front room, WST features an extensive reward system too.

If you want something more than an in-game title, then players picking up WST Snooker today can enter a global tournament that runs concurrently with the real-life tournament. You can find out more about this over at the Sumo Digital website. While the decision to hold the real world WST in Sheffield, players here can participate for a place in their own final without a crowd at their back. Snooker fans can pick up WST Snooker right ow on the Play Store and App Store.