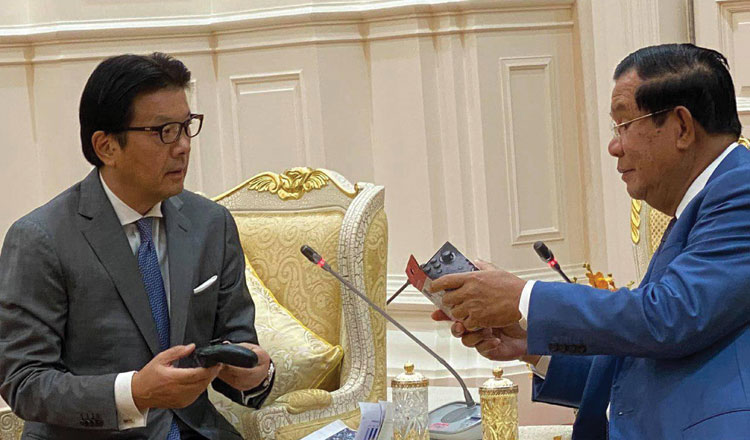 MinebeaMitsumi Inc, a Japan-based electronic device manufacturer, said on Tuesday that it will relocate part of its video game console production in China to Cambodia.

For in depth analysis of Cambodian Business, visit Capital Cambodia
.

The move is seen as a response to US tariffs on products manufactured in China as part of an ongoing trade war between the world’s two largest economies.

MinebeaMitsumi, who supplies videogame giant Nintendo Co, will be upgrading its gaming device-assembling plant in the Kingdom. The plant is located at Phnom Penh Special Economic Zone.

At the same SEZ, the firm also manufactures ball bearings and LED lights.

During a meeting with Prime Minister Hun Sen on Wednesday last week, Yoshihisa Kainuma, chairman and CEO of MinebeaMitsumi, said the company invested $327 million in the Kingdom last year.

Mr Yoshihisa told Prime Minister Hun Sen that his company has been given a green light to produce video game consoles that will be labelled ‘Made in Cambodia’.

“The company will soon begin producing PSP games and Nintendo game devices under the ‘Made in Cambodia’ label for export to international market,” he said.

Prime Minister Hun Sen applauded the company’s plans and noted that the ‘Made in Cambodia’ label will make the country more attractive to international investors.

“We are proud that the company will produce electronic devices that carry our country’s name and that these products will be shipped all over the world,” he said.

More than 96 percent of video game consoles imported into the US are made in China, South China Morning Post recently reported.

Gaming giants Sony, Microsoft and Nintendo recently penned a joint letter to the United States government urging the removal of console games from a list of new products that may be subject to import tariffs.

In addition to its console manufacturing operation, MinebeaMitsumi has also installed nearly 7,000 high-efficiency LED streetlights in Phnom Penh and Siem Reap, according to Mr Yoshihisa.

He said the company employs 7,000 Cambodian workers and that it plans to employ at least 20,000 in the near future.