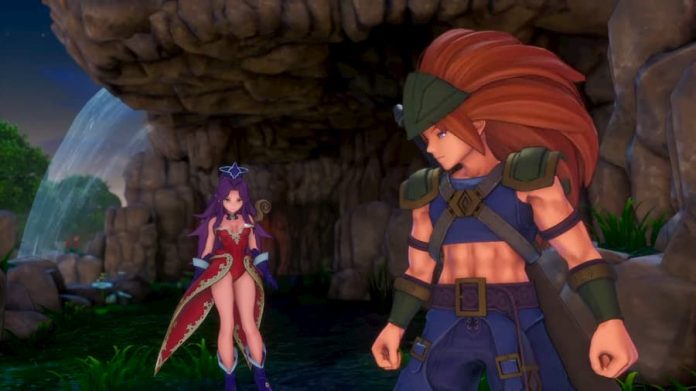 A new trailer for Square Enix’s Trials of Mana remake shines a spotlight on the characters of Angela and Duran, showing off the new graphics and voice acting.

The original Trials of Mana was only officially made available outside Japan earlier this year, with the release of the Collection of Mana. Those of us who were impressed with the classic 1995 JRPG (which we descibed as easily the best in the series), can now look forward to the polished modern remake, which is scheduled to arrive on PS4, Switch and PC on April 24th 2020.

A new trailer just dropped on Square Enix’s YouTube channel, exploring two of the six playable heroes from the game, Angela and Duran. Angela is the rebellious princess of Altena, who struggles to harness the magical power present in her bloodline, and must face the pressure of her responsibilities and her disapproving mother. Hot-headed soldier Duran is a skilled swordsman, seeking revenge against the Crimson Wizard.

Check out the new trailer below. The other four characters in Trials of Mana – Hawkeye, Riesz, Kevin and Charlotte – will be appearing in their own trailers in the future, so stay tuned. Head over to the Square Enix website if you want more information about the game.