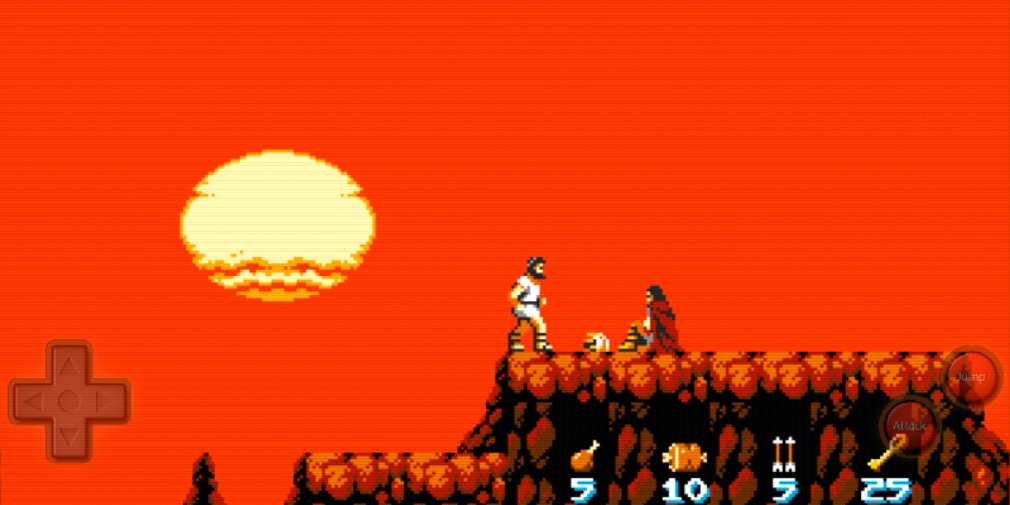 Abylight Studios and Locomalito’s latest gaming endeavour, The Curse of Issoys is now available for iOS. The publisher and developer have worked together before, bringing Cursed Castilla to Apple devices and Super Hydorah to various consoles.

Much like their previous games, The Curse of Issyos sports an 8-bit aesthetic and its action-platformer gameplay is also intended to be reminiscent of that era too. It’s inspired by Greek mythology, as you can probably tell from the name of the game.

The Curse of Issoys follows the journey of a man named Defkalion who starts the game fishing in peace. Before long though he hears the voice of Goddess Athena who warns him that the Isle of Issyos has been cursed by Olympus.

Incidentally, that’s where Defkalion is from and his daughter – and only living family – is still there. So he dashes back to his home to try and save her from this impending doom. His journey will take him through 7 levels where he’ll do battle with 40 different enemies as well as 9 bosses. The developers say that it will take 45 minutes to beat the game once fully mastered, with a secret level to hunt for that changes the outcome of the game.

Much like Cursed Castilla, The Curse of Issyos has a plethora of different options for how you’ll play the game. It has support for MFi, Xbox One and PS4 controllers so if you’d rather not play an action platformer with touch screen controls you’ve got several options for gamepads instead.

On top of that, you’ll also be able to choose between portrait or landscape orientations. Or, if you’d rather see the game on a bigger screen entirely, the game is also compatible with Apple TV.

The Curse of Issyos is available now over on the App Store. It’s a premium title that costs $2.99.

Enjoy action games? Here are 25 of the best available for iOS