When the Switch was released in 2017, the hybrid nature of the new console heralded the end of the 3DS’ lifespan. The final years of Nintendo’s venerable handheld saw the release of several major titles but most of these were overshadowed by the offerings of the 3DS’ younger brother. 2018’s The Alliance Alive was one of those titles that flew under the radar of many gamers simply because it was released so late in the 3DS’ lifespan. It now receives a new lease on life with a Switch port. 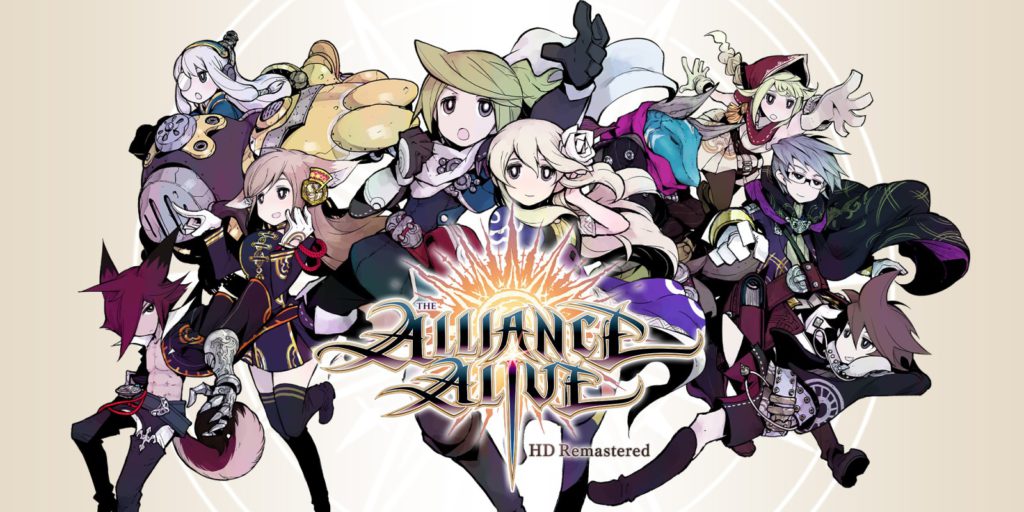 The opening cutscene sets up the world rather than the characters, with only a very rudimentary explanation of what led to the events in the game. From the context, we learn that a thousand years before the actual events in the game, the human world is overtaken by the Daemon race. The Daemons subsequently set up the magical Great Barrier and separate the human world into five separate realms. Over time, humanity forgets what’s on the other side of their part of the barrier. The main story focuses on the titular Alliance as they come together to overthrow the Daemons that rule over the human world.

This story is best experienced with as little knowledge of possible, as there are twists and surprises along the way, but it is defined by realistic characters and subtle worldbuilding that add a tremendous amount of depth. An interesting take here is that the story doesn’t focus on a single hero from start to finish. Instead, each of the characters receives their own storyline and the story switches between characters at key points. Because these characters hail from different realms, their worldviews differ as well, adding a surprising amount of nuance to how they perceive the events.

The first two storylines encountered exemplify just how much these worldviews can differ. The first storyline focuses on Galil and Azura, a pair of freedom fighters, as they try to find a way to cross the Great Barrier, whereas the second story introduces Vivian, a young Daemon noble girl who is fascinated by humans. These characters stand on opposite sides of the central conflict of humans versus Daemons yet they must overcome their differences and join forces. 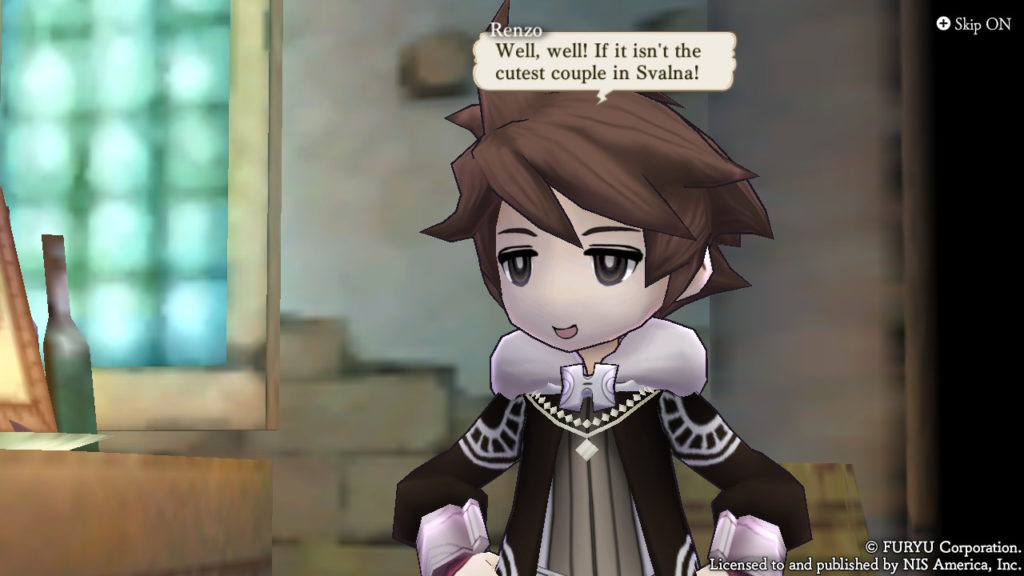 Overall, the Alliance Alive Remastered HD received a decent amount of polish compared to its original release. It’s still obvious that you’re looking at a game that was originally released on a much more primitive console. This is especially apparent when looking at the Chibi-esque but clunky character models. Given that this is an HD remaster and not a remake, this is completely forgivable because there is only so much that could be done with the base game. The watercolor palette employed throughout the game is appealing and consistent, with each of the realms having its own distinct look. For the most part, these looks are determined by unique color palettes for each realm, although small details add depth to each visual style as well. The game might not boast the most cutting edge graphics but is charming in its own right.

If we have to point out a single major flaw in this port, it is the lack of voice acting. On one hand, it’s completely understandable: this is a port of a 3DS game. The limitations of the 3DS meant voice acting was the exception rather than the norm. On the other hand, it’s quite jarring to watch a lengthy cutscene -and there are many- on your TV with only subtitles. It’s definitely not the only recent Switch release that does this but this certainly doesn’t live up to today’s standards. The rest of the audio unsurprisingly suffers a similar fate, although it’s far less obvious because there’s actually sound to be found here. The overall sound quality is much better than it would be on a 3DS, but nothing was re-recorded. This means that both music and sounds feel more compressed than most modern games, another limitation of the source material. 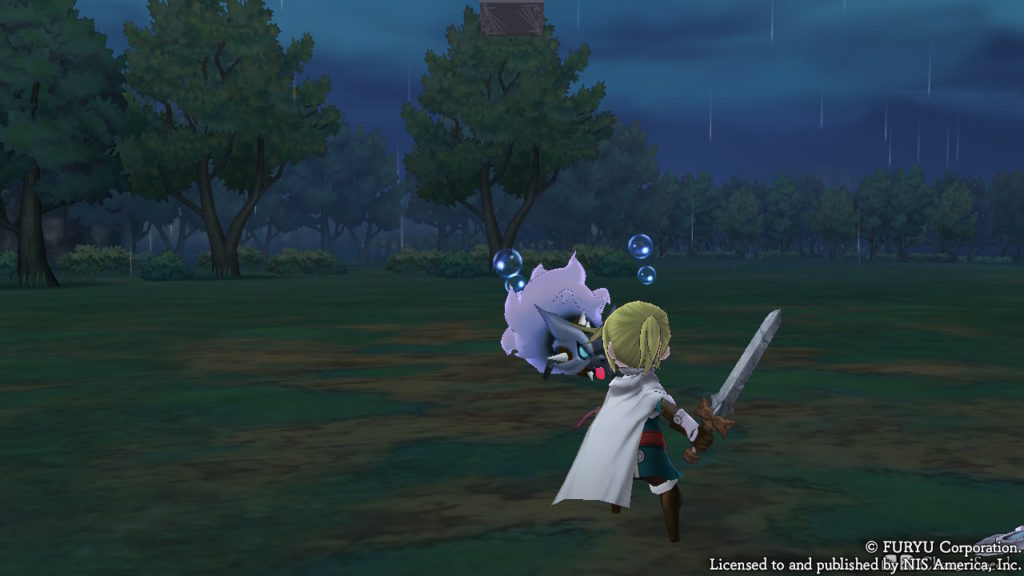 At the core of The Alliance Alive is a JRPG classic that makes good use of open-world elements. Your main aim is to defeat the Daemon race of course, but there are dozens of hours between your party and that lofty goal. At the start of the game, hand-holding and gatekeeping are plentiful but everything gradually opens up, rewarding you with a tremendous sense of freedom. You’ll find that this is one of those games that eats up your time, with a plethora of side quests, optional bosses and even platforming elements. Combat is turn-based, of course, but the battles are fast-paced. Additionally, both 4x speed and autopilot options for the party make sure the game never feels like a repetitive grindfest where you need to spend three hours just to level up.

Any good JRPG adds its own twist to the standard combat formula and this is done here by a positioning system known as the Formations system. This employs the relative position and stance of each party member to affect their combat performance. Characters are assigned one of three battlefield stances: Attack, Guard or Support. Each of these stances combined with where characters are on the battlefield can buff other party members, adding to the feeling of the party working together to overcome their enemies. Formations can be pre-set and can be changed mid-battle depending on if the situation requires so, adding a satisfying amount of strategy to an already great battle system. 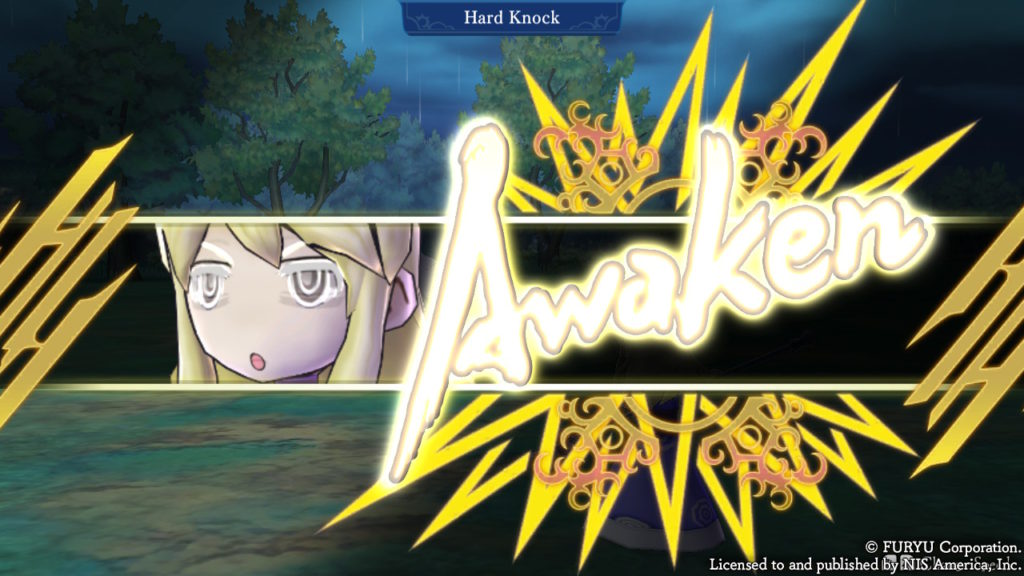 There’s a huge depth of character customization as well, in the form of Arts and Skills. Arts are gained by accumulating weapon experience: if your character uses the same weapon type repeatedly, they become more proficient with it and unlock Arts, special moves that can be used with these weapons. All characters have access to the eleven types of weapons in the game and thus can specialize in whatever you prefer. You can then further these specializations with skills. Unlike Arts, which unlock automatically and seemingly at random, skills are purchased with Talents, which are obtained after every battle. There’s a huge variety of skills and they are all useful in one way or another. For example, some decrease the cost of using Arts while others increase loot drops after combat.

Finally, Guilds add another layer to an already intricate system. Each realm offers one Guild to the Alliance and each Guild offers a different role. These roles range from researching weapon improvements to scouting areas of the world, and the result of their work directly benefits the party. It’s a two-way mechanic: you need to manage and improve your Guilds to reap the benefits. As it’s a mechanic that is easily forgotten if you don’t pay attention to it, it’s important to remind yourself to check in on them as the late-game buffs you get from leveled Guilds can be a game-changer. 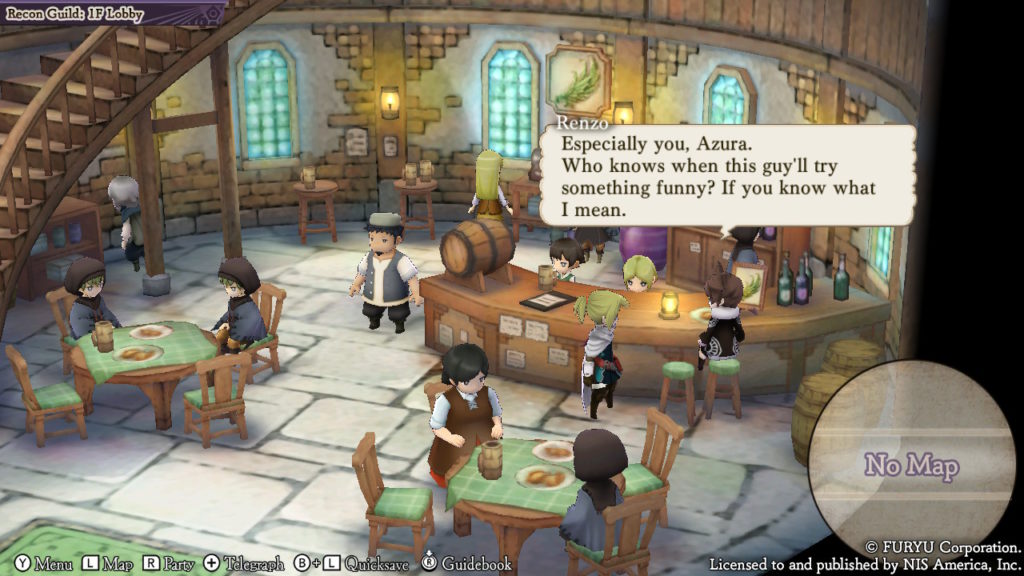 Given the poorly timed release of the original 3DS version, it’s understandable if you missed out on the original release of The Alliance Alive. The limitations of the original game mean that there are a few presentation flaws, but the fantastic story, well-written characters and engaging combat system more than make up for it. If you played the original, there is no real reason to double-dip as there’s nothing new to be found here, but if you’re a JRPG fan that hasn’t given The Alliance Alive a chance, you’ll find plenty to sink your teeth into.