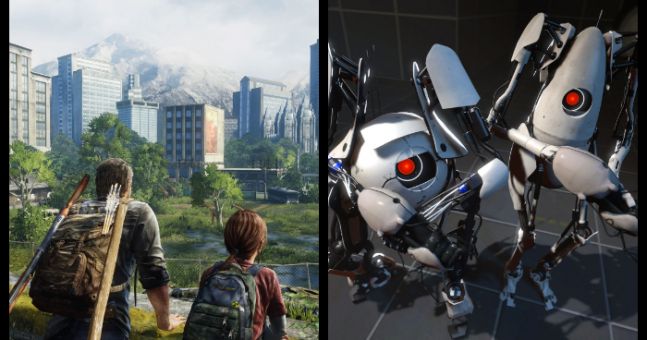 At the start of this decade, gamers were getting some of the best games of the PS3, Xbox 360 and Wii, as those consoles all headed into their final years on the market.

Before too long, we had the PS4, Xbox One, the Wii U and the Switch, not to mention the increasingly popular mobile games.

It has been a very interesting 10 years watching the progression not only in technological advances, but also in the types of games that became more (or less) popular over that time.

To that end, instead of listing the best 10, we have looked into the 10 most important games of the 2010s, starting off in alphabetical order with…

Shorthand: A reminder that big games can still be scary and that not all games-based-on-movies are terrible.

Video games and horror used to go hand-in-hand. Silent Hill. Resident Evil. Dead Space (well, for the first two). Then we started to get stuff like The Evil Within and Until Dawn, which failed to scratch that particular itch. Or they’d just throw zombies in – Dead Island, Dying Light – and hope for the best. Smaller games were gaining some serious ground in the horror stakes – Amnesia, Outlast, Slender – but then Alien: Isolation arrived and showed that the big games companies were still capable of scaring us.

And, more importantly, still capable of subtlety and patience. It wasn’t All Scares, All The Time. It built slowly and then spaced out the horror so you never quite knew when the next attack would happen.

Plus, it was based on a movie! Proof that GoldenEye wasn’t a fluke, as long as the producers have at least some respect for the original material.

Shorthand: If you think video games these days are too easy, think again.

If you’ve ever gone back to play older games, the first thing you’ll notice is that they suddenly seem a lot more difficult than you probably remember them being. A lot of that is probably down to the fact that the controls back then didn’t really go anywhere apart from forward and backwards and maybe jump if you were lucky, so aiming a gun was more about luck than precision.

But, eventually, that outcome will change, and you’ll defeat that new beastie, and feel victorious. At least until you get into the next room and get flattened all over again…

It could have been Apex Legends, or Overwatch, or Battleborn, or PUGB, but realistically, Fortnite is the one that most people have heard of, making it the DVD to those other games’ LaserDisc. Name recognition is everything, which is why Fortnite is now so huge that it has international competitions where winners can win hundreds of thousands of dollars.

Being a professional games player is far from a new idea in the world, but it is with these games, and with Fortnite in particular, those riches and worldwide name recognition are now possible for anyone. Providing you’ve got the time and the skill to earn it.

Shorthand: When all else fails, burn it down and start again.

The God Of War series was pretty special, being a hyper-violent retelling of Ancient Greek mythology, playing Kratos, a killing machine exacting revenge of the Gods for them forcing him to kill his own family. It ran for no less than EIGHT games and when time came to give it a makeover, the developers made an interesting, intelligent decision by taking what we loved about those games (the violence, Kratos and the complicated family stuff) and pitching it against Norse mythology with a whole new gameplay system.

It should be held up forever more in how to remake your property in a way that both successfully breaths new life into the franchise, changing it enough to make it feel like something brand new, but also remaining connected enough to what has come before that it is still worthy of the title.

Shorthand: Cutting edge graphics are no longer a prerequisite (provided you’ve got a killer soundtrack).

With the arrival of the PS5 and Project Scarlett on the horizon, too often all of the focus can be on things being prettier. Bleeding edge graphics are all well and good, but if they’re not matched with a decent game, then what was the point? Yes, it looks great, but will you still be playing it a month from now?

No. Which is where Hotline Miami came in, with retro-style graphics, almost feeding into the frenzy of the plot about a killer receiving missions from his handler (who may or may not actually exist) and wading into strongholds and killing everything before everything can kill you.

Matched with an incredible synth soundtrack and properly addictive gameplay loop (you play, you die, you’re back playing within two seconds), Hotline Miami guaranteed that it will remain in your mind, while new generation launch titles like Knack or Ryse: Son Of Rome (remember them?) will be long forgotten.

Shorthand: Make your own world, and then get lost in it.

Pretty much every video game has a story, if you get right down to it. Mario saves the Princess. You need to stop the Space Invaders. Even in Pong, you need to beat the other flat-line paddle. But with Minecraft, there is no story, unless you decide there is.

Set loose in the world, you then rebuild it to your unique vision, creating and destroying everything, brick by brick. At least until nightfall, when that exploding skeleton thing arrives to try and wreck your digi-paradise.

Invading the space that Lego once dominated, but allowing you to build monuments as big as your imagination desired, Minecraft was proof that just because your idea is simple, it doesn’t mean it won’t be hugely successful.

Shorthand: A glimpse into the future, whether you like it or not.

AR, or Augmented Reality, is likely to be a huge part of the real world in the next few decades. Technology will eventually push it more and more into our daily consumption, likely to be involved in cinema, TV and even our day-to-day shopping. You simply hold up your phone screen and it will plonk something digital into the real world.

The fact that Pokémon were the first major franchise to take advantage of this technology makes sense, as that world never felt too far removed from our own. Before long, seeing footage of hundreds of actual people running down the street after a Pikachu became almost commonplace.

It has since been picked up by the likes of the Harry Potter video games, proof if proof was needed that AR gaming won’t be going anywhere in a hurry.

Shorthand: Solving the puzzle of the perfect marriage between single player and co-op.

While it wasn’t exactly the sequel that everyone had been hoping for from Valve at the time (still no Half-Life 3!), especially considering the first Portal game was so short and tight and perfect, expanding that universe could’ve been a recipe for disaster.

Instead, the pitch black comedy and ingenious puzzle design was effectively doubled, as Portal 2 showed how to grow your single-player campaign while growing the world it is a part of (helpfully aided by incredible voice work by Stephen Merchant and J.K. Simmons), while the two-player remains a landmark in the medium. Some proper brain-busters married, again, with an incredible sense of humour.

How they improve upon this for (a potentially never-arriving) Portal 3 is beyond our comprehension.

Shorthand: When games got more cinematic than cinema.

There have been fears that as games improve their visuals, they’ll eventually basically become movies with occasional button prompts. The sudden rise of QTEs (Quick Time Events) in gameplay was a harbinger of that, but with The Last Of Us, we got a perfect glimpse of what happens when great storytellers use video games to make players feel more involved, let alone just bystanders holding a controller.

If you get right down to it, TLOU is just a spruced up zombie apocalypse movie, but it is the little things that elevate it to another level. The unique, unmatched relationship with Ellie and Joel, the beautiful and devastating world that they find themselves travelling through, the warped and scientifically possible reason for the end of mankind and the game’s makers taking the Uncharted series they created and matching it’s action with horror.

There is every chance that 2020’s The Last Of Us Part II will be mentioned on our best of that decade’s list, too.

Sandbox games are 10 a penny by this point. GTA. Red Dead Redemption. Just Cause. Skyrim. The Witcher. Fallout. On and on and on. But realistically, not only did Breath Of The Wild give everyone a reason to buy a Nintendo Switch, it also reinvigorated the Zelda franchise and gave open world that truly redefined open.

Sure, those other sandboxes are technically open too, but if you wandered into areas that you weren’t properly equipped for, then you’re likely to see the Game Over screen before too long. Additionally, the plot would essentially funnel you down a join-the-dots progression, whereas BOTW allowed you tackle essentially any mission you wanted, at any point. Plus, if you can see it on the screen, chances are you can go there and climb to its highest point and check out the full world below.

Dozens and dozens of hours will be lost to discovering every nook and cranny of this map, and that is how you know you’ve made the perfect open world, when you’re travelling around it not because you have to, but because you really, really want to.

All clips via PlayStation, Xbox, and Nintendo