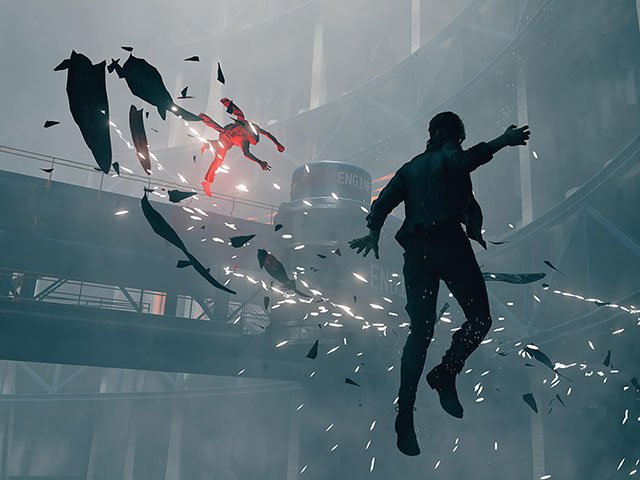 Gaming in 2019 felt a lot like being the employee who’s given HR a two-week notice but is stuck navigating the uber-awkward time between actual departure and starting an awesome new job. We’re perched on the cusp of a new decade, and a new generation of game consoles officially beckons brightly in the near distance (hello, Xbox One Series X). Gamers are often all about the shiny objects, and it’s hard to appreciate what’s around you when everything is pulling you into what’s next.

So let’s dodge that obstacle like witnesses dodging the Senate’s upcoming impeachment trial. Here are the 10 games that sucked up my gaming time in 2019.

By this point, there have been so many Pokemon games that Nintendo’s run out of colors and begun naming them after objects. Luckily, they haven’t run out of ways to freshen the experience. The first Pokemon games optimized for the Switch both added (Gigantamax versions!) and subtracted (no more random encounters!), coming up with an equation that felt exciting for the first time in years.

I couldn’t have been more thrilled when the makers of Until Dawn announced their next project would be a series of horror games just like it: the Dark Pictures Anthology, a set of spooky games where every choice you make impacts the story and could spell the gruesome end of the callow crop of characters you’ve been charged with controlling. Man of Medan was a fun debut, tracking a set of mostly doomed 20-somethings whose South Pacific diving trip turns into a less-than-funhouse romp through a haunted World War II battleship.

You can no longer engineer children in the latest and most sprawling edition of Fire Emblem (boo), but the alternative was somehow way better: Sparking romance between the sprawling cast of characters by pairing them up in jaw-droppingly hilarious tea-time dates. Spending time with your student-warriors — each one part of a house in a mysterious, Hogwarts-esque combat school — cements your bond with them. And, of course, makes it 100 times more devastating when they die on the battlefield under your command.

The ass-kicking shifts to Japan, as Sekiro wrests the mantle of Most Brutally Difficult Game Franchise from its predecessors, the Dark/Demon’s Souls games and Bloodborne. Balls-out action’s the order of the day here, not stealth, but never fear: Your samurai’s still going to die a bazillion times before it’s all over.

So it’s clear that Capcom has every intent of re-glossing all the entries in its legendary survival-horror series with modern updates, kinda like Disney redoing its animated catalogue with CGI-heavy live action versions. If they can all look and play as well as this one — admittedly based on one of the best ResEvil games — we’re totally down for more zombie rehash.

Remedy Entertainment is responsible for some of the most interesting and head-bending action games of the last decade (Alan Wake, Quantum Break), so it’s not exactly surprising their latest was a must-play, too. Jesse, the woman who can wield telekinetic powers with way more creativity and aplomb than Sophie Turner’s Jean Grey did in the X-Men: Dark Phoenix movie, isn’t even the most interesting character here. That honor goes to the Oldest House, a brutalist palace of supernatural secrets that’s like the best haunted mansion ever.

The SteamWorld franchise continues to blaze its way through the catalogue of game genres, hitting us with fun curveballs at every turn. The original was a platforming Dig Dug variant and the first sequel was a turn-based shooter. SteamWorld Quest marries collectible card game elements to a turn-based role-playing game with unexpectedly deep mechanics and an adorable robot cast. Advancing the story comes down to careful cost calculation. Get lured by the siren’s song of expensive spell and attack cards in the early going and your characters will quickly be reduced to a flaming pile of scrap metal.

Speaking of card games, there were none quite as engaging as this one, an addictive little mix of deck building and dungeon-crawling that challenged you to make decisions about adding new cards to your arsenal on the fly after each battle. The bizarre mix of artwork and the sheer joy of executing an unexpected card combo kept us coming back for just one more run.

Gimme a beat: Turns out that grafting the rhythm-based gameplay of the offbeat indie game Crypt of the NecroDancer onto Nintendos’ Legend of Zelda Universe was a stroke of pure genius. Both Link and the beasts he must beat back can only move and attack in time with the music, which adds an entirely new rhythm and flow to the proceedings. Mash the buttons and tap your toes.

The indictment of modern capitalism we didn’t know we needed arrived in the form of The Outer Worlds, a bite-sized and hilariously funny sci-fi role-playing game where you, as a Rip Van Winkle type who was frozen in suspension through the rise of a truly awful galactic corporate dystopia, must decide how much of a revolution you’re willing to launch. This is a game in which talking’s way more important than shooting (although blasting robots is certainly fun, too). Your cast of complex sidekicks is worth the price of admission alone.