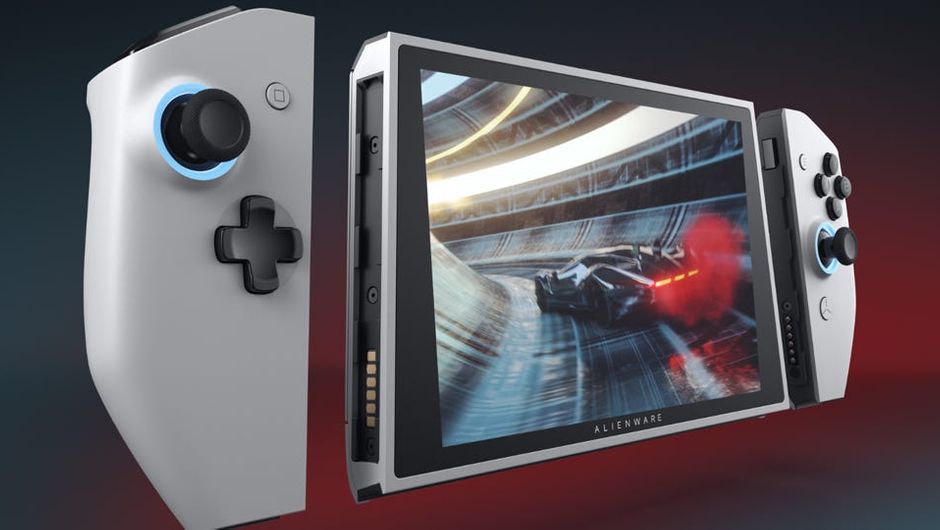 Alienware UFO concept has been unveiled at Consumer Electronics Show (CES) in Las Vegas. If you thought it’s a Switch from the header image, you wouldn’t be too far off but this thing is actually supposed to be a tiny PC.

Alienware had something unconventional to show off at CES 2020. The Concept UFO is imagined as a handheld gaming PC that is obviously heavily borrowing from Nintendo Switch. It is currently uncertain how well this might sit with Nintendo’s legal team but the future will tell.

The important part is that Alienware is certainly to make it more powerful than the Switch itself as this has been described as a gaming PC, not just a handheld console. Besides, everyone is already well aware of Alienware’s proclivity for stuffing various pieces of powerful hardware into a single box.

Anyway, as the name suggests, this is just a concept and not an actual product yet. Its size is bigger than that of a Switch since it features an eight-inch screen and the shown prototype ran on Windows 10.

Alienware folks are currently not sure what the final specs will be yet but according to an Alienware experience director, it is currently more powerful than “a lot of notebooks today” which is quite impressive, given the device’s compact size. On the flip side, it is Alienware so expect high price points. Regardless of whether potential Nintendo lawsuit happens, Switch should be safe in its own corner of the market due to price tags that will remain indubitably lower than Alienware’s potentially upcoming handheld PC.

Back on the topic of similarities with the Switch, the controller parts can be detached from the screen and then put back together with the “bridge” which will make it look like a singular controller in case you want to distance yourself from the screen.

On the other hand, if you don’t like controllers, you can also connect mouse and keyboard, which could potentially limit the actual portability. UFO currently supports 1200p resolution scale but this might be changed in the future.