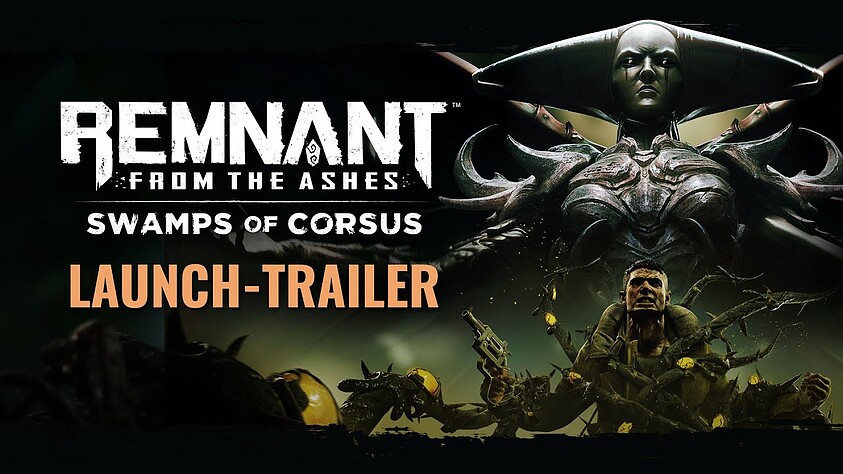 The DLC “Swamps of Corsus” was released for “Remnant: From the Ashes”, but only on the PC. There is also the launch trailer.

Perfect World Entertainment and Gunfire Games today released the DLC “Swamps of Corsus” for “Remnant: From the Ashes” as well as the bundle consisting of the main game and expansion on the PC (Steam). The launch trailer promotes publication. For Xbox One and PlayStation 4, both will be released on June 4, 2020.

That’s what it is all about: “Swamps of Corsus will deliver an updated version of the original world of Corsus and lots of new content, including powerful weapons and mods, four difficult dungeons, epic bosses, new enemies and more. In addition, the DLC will feature a new Roguelike- Introduce a game mode called Survival Mode, where players start with nothing and fight for survival to get unique armor and over 50 new armor skins. “

“In the new survival mode, players start their journey with just a gun and some scrap metal. Those brave enough to face this intense single life challenge will randomly travel through corrupt world stones to different biomes to gain epic new rewards while battling insanely tough bosses and enemies to survive.Players dealing with the expanded biome of the Corsus Marshes will find new story content such as quests and events, a huge arsenal of powerful gathering equipment – including Weapons, armor, mods and properties – and many tough opponents to be defeated, “continues.

Features of Swamps of Corsus