Devolver digital and indie developer No Code have announced that they will be releasing the acclaimed experimental thriller Stories Untold on the Nintendo Switch on 16th January.  Check out the new trailer below…. 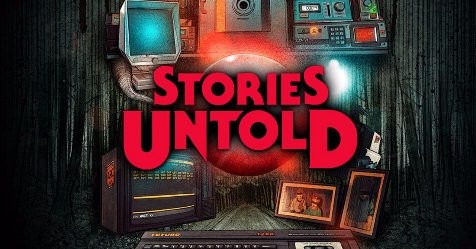 Stories Untold is a narrative-driven experimental adventure game that combines the classic text-adventure with the good old-fashioned point-and-click adventure to create a single mysterious anthology.  Nostalgic 80s retro and tense, psychological horror, will lead players through a truly a genre defying gaming experience.

Stories Untold is a narrative-driven experimental adventure game, that bends the genre into something completely unique. Combining a mix of classic text-adventure, point-and-click and more, 4 short stories are packaged together into a single mysterious anthology and earning widespread critical acclaim since release.

Stories Untold will be available to buy from the Nintendo eShop on 16th January.

Join us on Twitter for more gaming news @FMyth_Gaming, or for news on films, TV, comics and more @Flickeringmyth.