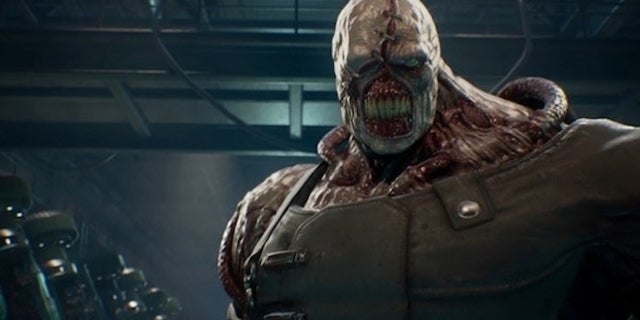 Resident Evil 3 Remake is hitting PS4, Xbox One, and PC in just a few months, and for PlayStation gamers, Capcom has revealed a special bonus for those that cop the game early. In other words, if you preorder the upcoming survival-horror remake on the Sony console, Capcom has a special thank you: an exclusive PS4 theme.

Unfortunately, the theme is static rather than dynamic. In other words, there’s no moving parts. Further, it’s one image for both the media bar and top menu. As you may know, some static themes have two separate images for this. However, making up for all of this is custom music, icon sound effects, and even custom icons, though the last of these is very subtle. Below, you can check out the theme for yourself, courtesy of RenkaWong:

“In Resident Evil 3, S.T.A.R.S. member Jill Valentine, one of video games’ most iconic heroines, flees a city being consumed by zombies and other horrifying creatures,” reads an official pitch of the game. “Built with Capcom’s proprietary RE Engine, Resident Evil 3 uses modernized gameplay to combine action with classic survival horror in vivid high-definition.”

Resident Evil 3 Remake is in development for PS4, Xbox One, and PC. Barring any delay, the Capcom remake will release worldwide on April 3, 2020, priced at $60. For more news, rumors, leaks, media, and information on the game, be sure to peep all of our previous and extensive coverage of the title by clicking right here. Meanwhile, as always, feel free to leave a comment or two letting us know what you think or, alternatively, hit me up on Twitter @Tyler_Fischer_ and let me know over there.

“Jill’s harrowing experiences in Resident Evil 3 take place in the nightmarish hours leading up to and following the events in Resident Evil 2, shedding new light on the plight of Raccoon City’s residents. Every hope of escape is cut off by another star in the Resident Evil franchise: the towering Bio Organic Weapon Nemesis. This brutal yet intelligent monstrosity uses an arsenal of high-powered weaponry to indiscriminately eliminate any surviving S.T.A.R.S. members in the city–with Jill being his final target.”