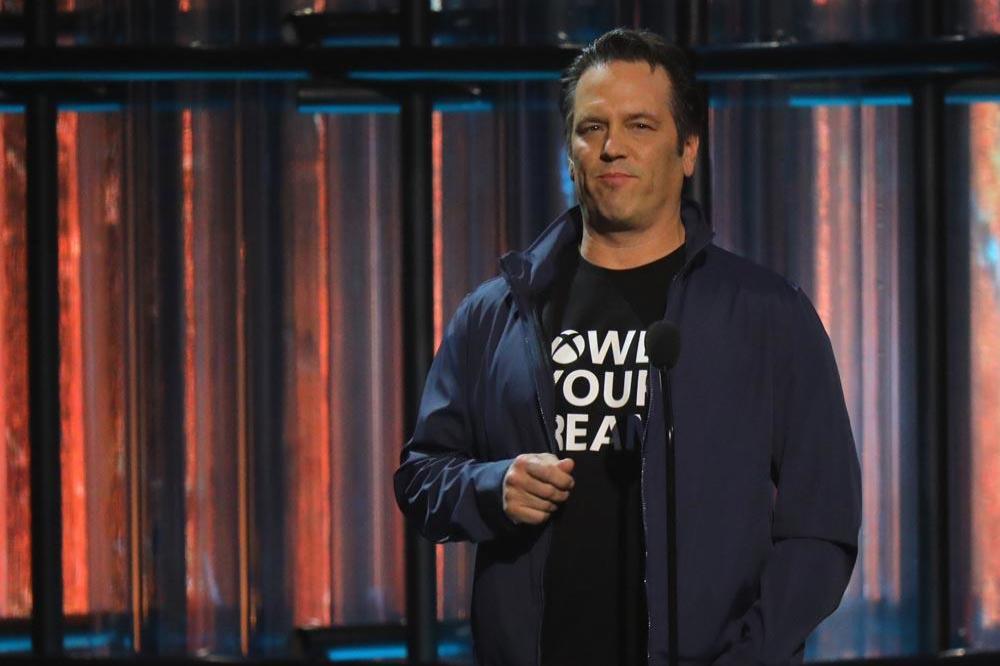 Phil Spencer at The Game Awards 2019

The Microsoft boss unveiled the eagerly-awaited console, which was nicknamed Project Scarlett, at The Game Awards 2019 in Los Angeles last Thursday (12.12.19), and now he’s teased that more news relating to the next-gen device and its game will be coming at the annual conference, which takes place between June 9 and June 11, 2020.

He told GameSpot.com: “I think back to E3 2019, I love that event. The fan energy, Keanu [Reeves], all of that stuff was awesome.

“I just feel like we’re in a good spot right now.

“I feel strong[ly] about where the platform is as we roll into 2020 and the portfolio of games that are coming look so amazing. I’m really, really excited about E3 2020.

“That’ll be a big beat for us and we expect that to be really important.”

The new console comes with a brand new Xbox Wireless Controller, which has an updated design and a Share button.

Microsoft said the “size and shape have been refined to accommodate an even wider range of people.”

Not much else was revealed, but Spencer recently said he wants to focus on RPGs on their next-gen consoles.

As the gaming world prepares for the launch of Xbox Series X in 2020, the executive vice-president of Gaming at Microsoft revealed their plans to release more RPG games like ‘The Witcher 3’ and ‘Fable’.

He said: “One of the things that I’m really proud of that I see now is how RPGs are stepping up for us.

“Back in the day, when I think [of] ‘Mass Effect 1’, which I worked on, ‘Jade Empire’, ‘Fable’, I remember we really staked out RPGs as something that was important.

“Obviously first-person and third-person shooters have been strong.

“I think RPG is an area that we [purposefully] focused on and wanted to do more.”

Meanwhile, Spencer recently insisted the upcoming console wont be “out of position on power or price”.

The businessman added that the company had been debating another console generation for “years”, and there will be more to follow.