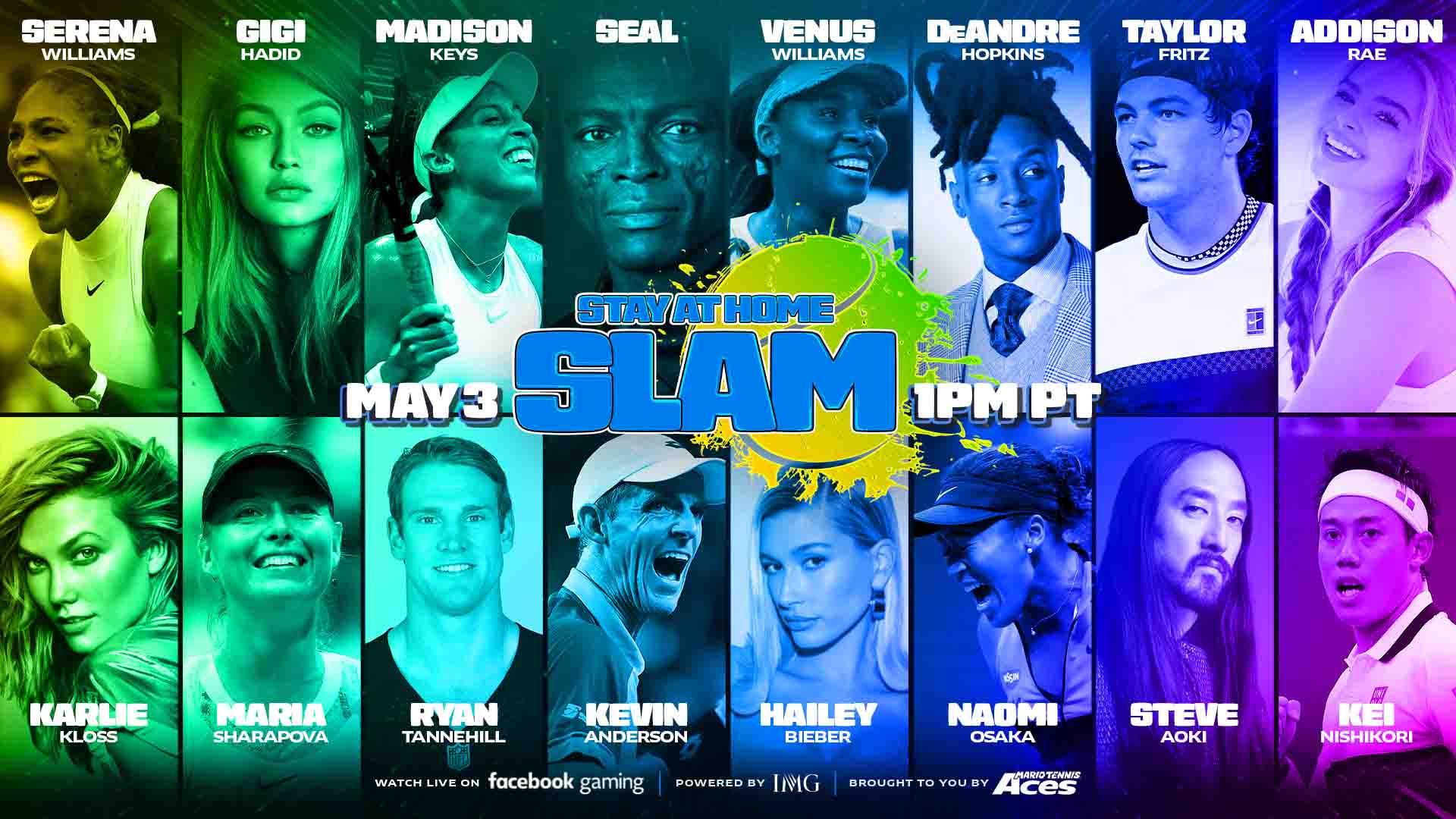 Kei Nishikori, Kevin Anderson and Taylor Fritz will compete alongside a star-studded cast of celebrities in the Stay at Home Slam, a live virtual tennis tournament on Nintendo Switch’s Mario Tennis Aces.

The event, which will begin at 4pm Eastern time on Sunday 3 May, will be streamed exclusively on Facebook via Facebook Gaming and IMG’s tennis Facebook page.

Competitors will play the video game from their homes and will each receive $25,000, donated to the charity of their choice. The winner of the tournament will receive an additional $1,000,000 in donation.

“I am proud our IMG tennis clients came together so quickly to support a multitude of great causes,” said Max Eisenbud, SVP of tennis clients at IMG. “It is a testament to the people we work with across all our divisions that we were able to bring this to life in such a short amount of time.”

“It’s been incredible to see the creative ways athletes are using social media to support people during this difficult time,” said Evan Shugerman, Facebook Athlete Partnerships Lead. “We’re excited to be partnering with IMG to contribute to those efforts, which will bring some of the world’s top athletes together on Facebook for an entertaining and impactful competition.”

This first-ever tournament is made possible by various divisions across Endeavor, including IMG’s tennis clients, events and esports teams, WME’s talent clients and digital groups, as well as Endeavor Content’s Film 45, which will produce the tournament stream.

“Across the Endeavor network, we are pivoting in creative ways during this time of crisis,” said Stuart Saw, SVP of esports at IMG. “We’re thrilled to have the internal resources to bring a bit of levity to viewers’ lives, and who better than Mario to bring people together for some friendly, competitive fun? We’re also grateful to have the support of Facebook Gaming to help us bring this event to fans around the world.”

“Gaming’s superpower has always been bringing people together, and right now that’s the case more than ever,” said Leo Olebe, Global Director, Games Partnerships for Facebook Gaming. “Blending that superpower with pro athletes and epic entertainment to raise money for COVID-19 relief and research efforts is a natural fit that we’re proud to be a part of.”

Disclaimer: The views of authors published on South Africa Today are their own and do not necessarily represent the views of South Africa Today. By viewing, visiting, using, or interacting with SouthAfricaToday.net, you are agreeing to all the provisions of the Terms of Use Policy and the Privacy Policy.