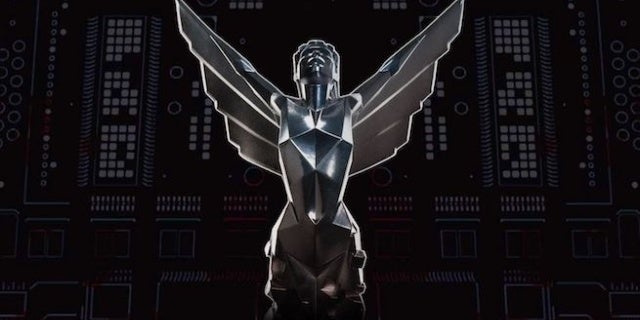 Tomorrow, The Game Awards will close out 2019 by celebrating the biggest games of the year. While fans are undoubtedly excited to see which games take home which awards, the night has become just as much about building hype for the following year’s biggest releases. So far, host Geoff Keighley has managed to thread the needle between building hype for the show while also keeping a tight lid on any announcements set to come. He did, however, reveal one interesting tidbit: around 10 new games will be announced during the show. Making things even more interesting is the fact that Nintendo of America released a tweet today advertising the show.

Get ready to celebrate a great year in gaming by catching #TheGameAwards tomorrow at 5:30pm PT!https://t.co/JjUq56JoDi pic.twitter.com/abppZW2tJl

The first thing that will spring to mind for most Nintendo fans is the fact that Nintendo revealed the first DLC character from Super Smash Bros. Ultimate during last year’s show. Very few fans expected to see Persona 5‘s Joker unveiled during the presentation, but with one playable character left in the first set of DLC for the game, fans of Nintendo’s fighting franchise can’t help but assume the final character will be revealed during the broadcast. It would certainly be a fitting bookend!

Of course, there are plenty of other reasons Nintendo would tweet about the show. The company’s former president Reggie Fils-Aime will appear as a guest presenter during the broadcast, and several Nintendo games have been nominated for awards. In fact, the entire category for “Best Family Game” is entirely made-up of nominees published by Nintendo! Ring Fit Adventure, Luigi’s Mansion 3, Super Smash Bros. Ultimate, Yoshi’s Crafted World and Super Mario Maker 2 have all been nominated for the category, and that’s not even counting all the other categories Nintendo games have been nominated under.

Still, perhaps one of the 10 new game announcements Keighley teased will be a Nintendo published title. In addition to the Joker reveal, Nintendo announced Marvel Ultimate Alliance 3: The Black Order during The Game Awards last year, which came as perhaps even more of a surprise. Perhaps Nintendo will surprise the world yet again tomorrow.

The Game Awards 2019 will kick off tomorrow at 8:30 p.m. ET. Are you excited for the show? What do you want to see announced? Let us know in the comments or share your thoughts directly on Twitter at @Marcdachamp to talk all things gaming!