Coming off Microsoft’s surprise reveal of the next Xbox — Xbox Series X — was a trailer for a new Hellblade game. It was actually the second surprise in a row, to be fair. I certainly didn’t expect to see a sequel to Hellblade: Senua’s Sacrifice, and I wouldn’t have guessed it would show itself during The Game Awards 2019 last night. But here we are: Senua’s Saga: Hellblade II is on its way, coming to the Xbox Series X — and we have the trailer for it.

And what a trailer it is. This might be the most metal fucking trailer I’ve ever seen at a game show. It starts out innocently enough — albeit, the camera does focus on a path of blackened skulls, and we do see some severed limbs hanging from ropes. So, innocent compared to Kentaro Miura’s Berserk, anyhow. Chants begin in the background as what appears to be Senua coming into frame nodding her head and adding to the creepy chorus. But soon she’s all into it, and then: 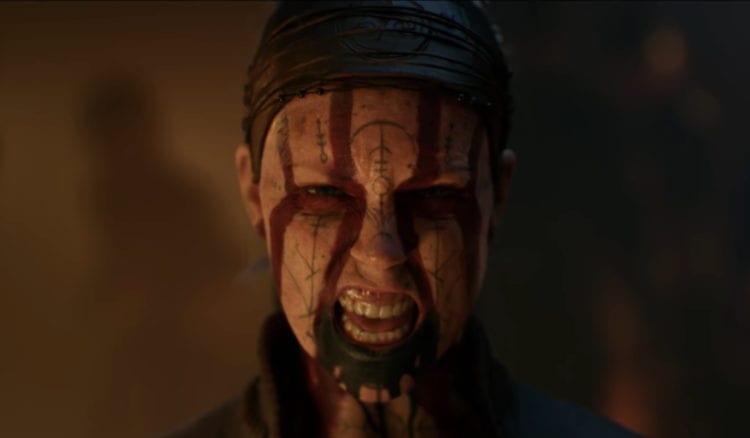 BAH! She does this twice.

Holy shit! She looks pissed. Granted, if this is Senua (we assume so), she did go through a lot in the last game, fighting off Celtic horrors while suffering from severe mental trauma — the latter of which the game handled well. But now she’s having none of it, adding a lot of fire and fury to what was once a gentle chant. Soon, we see Celtic warriors, a burning effigy, and some kind of rock golem getting roused from its slumber. Hellblade II looks like a hot music death metal video, so far.

Cranking it up to 11

For those curious, there is a source for the trailer’s music. It came from the “experimental folk band” Heilung, which has members from Germany, Norway, and Denmark. The song is called “In Maidjan,” and you can listen to it on YouTube here. It’s not as in-your-face as Senua’s contribution may suggest, however.

But back to the trailer. The game is slated for next year for the Xbox Series X. However, that doesn’t mean we won’t also see Hellblade II on PC. In the last few years, a lot of Xbox exclusives have made their way to the PC as Microsoft re-embracing the platform while supporting Xbox Games Pass for PC.

However, I doubt my rig can run the game. Oh, it’s true, this trailer was captured in engine. It looks like a blend of real life action and CGI, at first. But according to Phil Spencer, what you see is what you should expect when Hellblade II lands. And it will likely be late next year. We really are closing the gap between games and real life, leaping over that uncanny valley like it’s a pot hole. My current build can probably run it, so long as I dip it in liquid nitrogen just to experience the game as a very pretty slide show. Until then, I plan on keeping this trailer going on repeat — probably while I sacrifice some chickens for, I dunno, a good harvest or something.