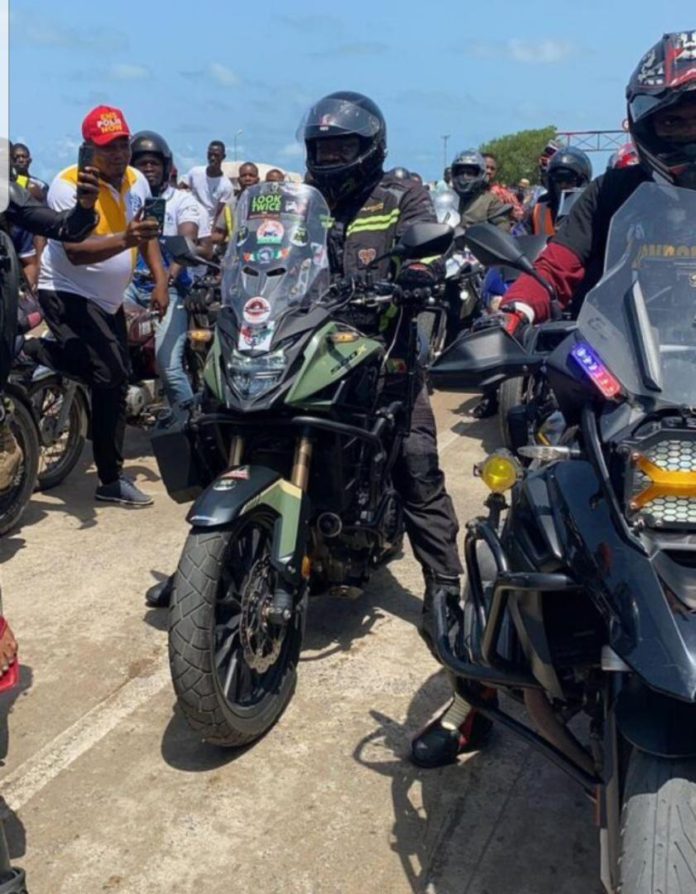 It was a celebrity-like reception as he arrived on Sunday to the cheers from the crowd.

Mr Adeyanju embarked on his journey from the United Kingdom on April 19, 2022, to raise money for charity.

The road trip made him pass through the remotest points of the earth.

Kunle Adeyanju has been on charity ride from London to Lagos road trip to eradicate polio in some African countries. He planned to generate N20 million.

Throughout his journey, Kunle shared on Twitter every details about the stops he made, the hurdles he faced and even the challenges thrown at him.

Kunle was expected to arrive in Lagos, Nigeria on Wednesday, May 25 but had to make some stops at Ghana where he was entertained for some days before he embarked on his journey.

When he arrived via the Seme Border, a Nigerian village on the Benin border, thirty minutes drive from Badagry on the coastal road between Lagos and Cotonou, Kunle was greeted warmly by bikers and others who had followed his voyage.

Arriving in Nigeria, he was apprehended by immigration agents and surrounded by followers.