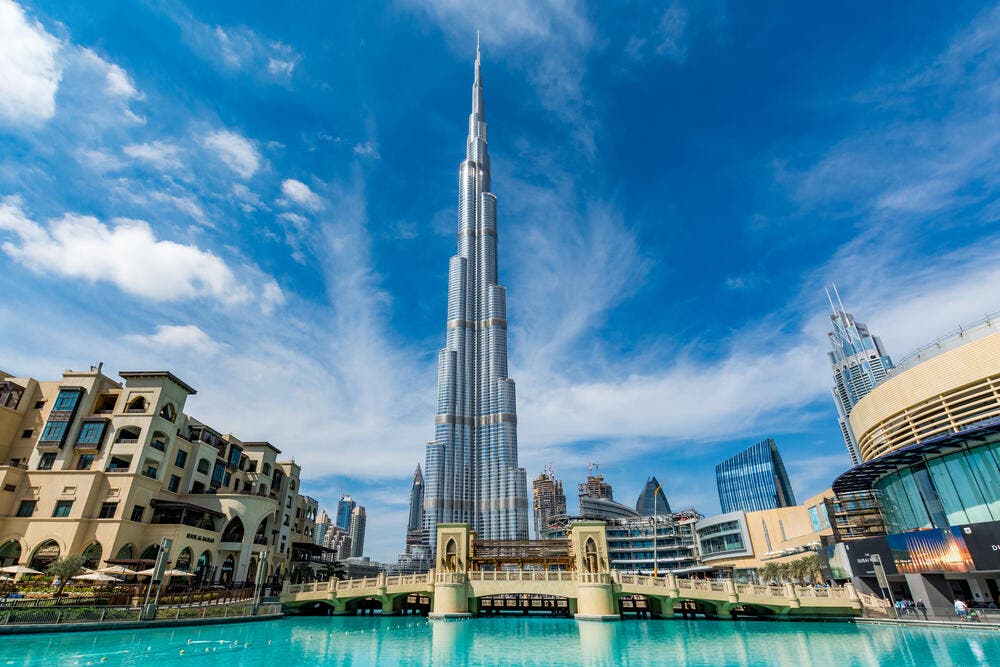 “I usually struggle to climb onto my bed. Today I went up the world’s tallest tower.” That’s how Alif Mohammed described his tryst with Burj Khalifa during his first overseas trip.

The differently-abled 20-year-old Indian tourist has always used the help of his classmates Aarya and Archana to get out and about, and this trip was no different. For the three of them, it was a dream come true when they scaled Burj Khalifa and enjoyed the sights from there.

After the trio’s video went viral earlier this year, a Dubai-based travel agency decided to fly the youngsters, accompanied by Alif’s mother, down to the city to gift them an unforgettable holiday. From a visit to Burj Khalifa to a desert safari, they have a complete Dubai experience waiting for them.

It was in March this year, during a festival at their college, that Alif, who was born with deformed legs, was carried by his classmates Aarya and Archana across their campus. A video of this was captured by their college senior Jagath.

For the trio, this was nothing out of the ordinary. Almost every classmate of their 70-strong batch at DB college in Shasthamkotta in Kerala has helped carry Alif around. However, when Alif uploaded this video to his Instagram page, it went viral quickly. Social media celebrated the camaraderie and heartening emotion on display. Later, while speaking to a Dubai-based Malayalam radio station, Alif mentioned that it was his lifelong dream to visit Dubai.

“When I heard that, I knew I had to bring him and the girls to Dubai,” said Afi Ahmed, managing director of Smart Travel, who has been accompanying the group on all their outings. “I think good deeds should be celebrated. That’s the only way to preserve humanity and inspire more people to do good.”

“All the boys in the college offer to carry him but he only wants the girls to do so,” Aarya teased Alif, while Archana giggled. The three were sitting on the floor of a popular restaurant in Karama to have mandi.

When served a white drink, the girls looked suspiciously at the drink. “Alif said it’s camel milk,” said Aarya. When everyone burst out laughing, the girls realised that their classmate had been pulling their legs again.

Their friendship and bond are evident in their interactions and exchanges. They, along with 67 other classmates, have been through thick and thin together for three years. “My friends are my strength,” said Alif. “Throughout college, my friends have always been there to help me, no matter what I need.”

The three have completed their bachelor’s in commerce and are hoping that the visit to Dubai might also land them employment.

“My 15-year-old sister and 10-year-old brother were excited for us but upset that they couldn’t come to Dubai,” said Alif. “I promised them that if I get a job, the first thing I will do is bring them here. I hope someday I can fulfil that promise.”

“But we are not thinking about all that now,” said Archana. “We are soaking in the sights and sounds of Dubai. We know it’s a once in a lifetime opportunity, and we are enjoying ourselves. We will take care of our problems later.”

This article has been adapted from its original source.