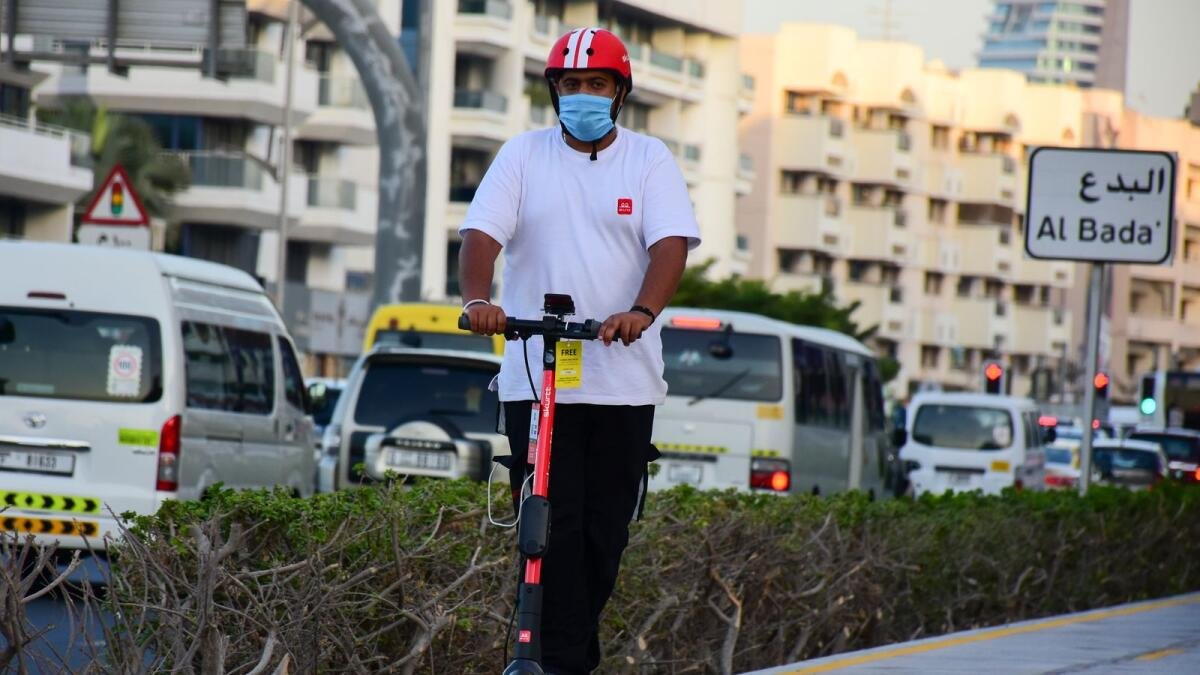 E-scooters in Dubai should be parked in marked locations just, the Roadways as well as Move Authority (RTA) advised cyclists on Sunday.

Parking a bike or electrical mobility scooter in non-designated rooms in a manner that might block the activity of lorries or pedestrians, or present a danger to roadway customers, will certainly cause a penalty of Dh200.

The RTA gotten in touch with customers to park e-scooters in the marked garage just. Parked mobility scooters must not obstruct the activity of web traffic as well as pedestrians or making use of public auto parking.

Dubai will certainly release e-scooter permit allows by the end of this month. Customers will certainly have the ability to request the complimentary license when driving as well as Move Authority (RTA) site.

The procedure includes participating in training programs as well as passing an on the internet examination. Owners of neighborhood as well as worldwide driving permits are excused from getting such a license.

These came as the RTA as well as Dubai Cops introduced the begin of procedure of electrical mobility scooters on allowed biking tracks in 10 areas throughout Dubai beginning with Wednesday, April 13.

Mattar Al Tayer, director-general as well as chairman of the Board of Exec Supervisors of the RTA, claimed the preliminary stage covers the Sheikh Mohammed container Rashid Blvd, Jumeirah Lakes Towers, Dubai Web City, Al Rigga, second of December Road, The Hand Jumeirah, as well as City Stroll. It likewise covers secure roadways as well as tracks within particular areas at Al Qusais, Al Mankhool, as well as Al Karama, along with 167-km lengthy tracks marked for bikes as well as mobility scooters throughout Dubai, leaving out the biking tracks at Saih Assalam, Al Qudra as well as Meydan.

Colors of the homeland | An asteroid twice the size of “Burj Khalifa” is approaching Earth… How do you watch it when it arrives?

Colors of the homeland | An asteroid twice the size of “Burj Khalifa” is approaching Earth… How do you watch it when it arrives?