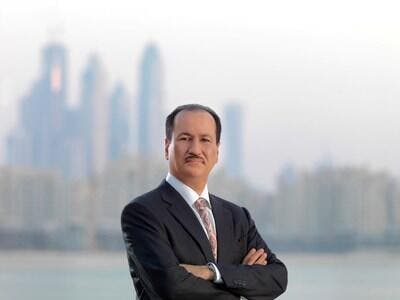 The property, on Collins Avenue, offers residents 200 feet of direct beach frontage and access to South Beach and Bal Harbour. The land, comprising 1.8 acres, was sold to DAMAC for $120 million through the court process.

Commenting on the purchase, DAMAC Chairman and Founder, Hussain Sajwani, said: “DAMAC Properties has long been eyeing development opportunities in Miami. We see the city, which is known for being a luxury and fashion centre, as a natural fit for our Company, which has an established reputation for its branded luxury offerings.”

Surfside, in recent years, has become a hotspot for ultra-luxury condominium developments, including the Four Seasons Private Residences, the Fendi Chateau Residences, and the Arte Surfside buildings.

The town also has a collection of high-end hotels, including the Four Seasons, the St. Regis Bal Harbour, and the Ritz-Carlton Bal Harbour and its primary shopping area, the Bal Harbour Shops, is known throughout Miami as a luxury shopping destination.

DAMAC Properties, known for its luxury real estate offerings both regionally and globally, is rapidly expanding its global footprint such as its flagship project in Europe — DAMAC Towers Nine Elms in the prestigious Zone 1 district of London with Versace interiors.

The Surfside project will be DAMAC’s first in the United States.

The Company’s consistent success over the years, and more recently on the tailwinds of Dubai’s stellar economic performance and forecast, has propelled it to eye various global opportunities for development and growth.

It is developing a luxury resort in the Maldives to be operated by global hotel brand Mandarin International and has already projects in Canada, the UK and across the Middle East.

“Our global expansion into the United States marks a major milestone and demonstrates that DAMAC is a force to be reckoned with. This is an exciting time, and we have a lot in store,” Sajwani said.

“We are rapidly growing, not only in our real estate endeavours but in various sectors such as fashion, hospitality and even emerging industries such as the Metaverse, NFTs and data centres. This enables us to stay ahead of the curve,” he concluded.