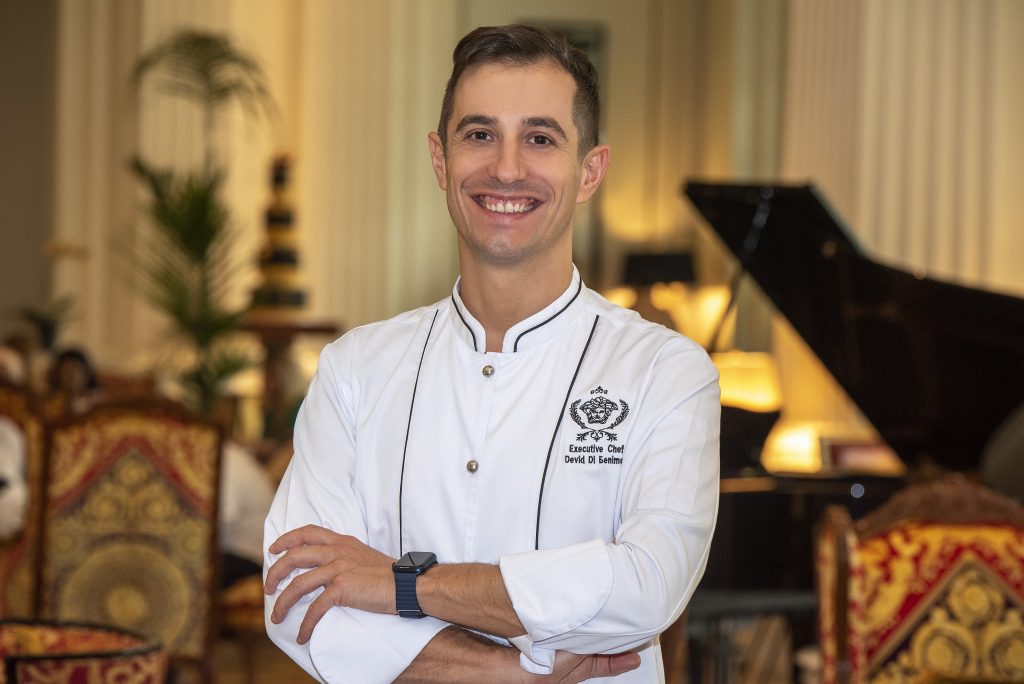 Devid Di Benimeo has been announced as the Executive Chef of Palazzo Versace Dubai, the city’s most fashionable urban resort, where he will oversee the five-star hotel’s culinary operations across its six restaurants and two bars, including Vanitas, Enigma, Giardino, Q’s Bar and Lounge, and more.

Born and raised in Italy, Chef Devid brings with him over 20 years of international experience in the industry and a wealth of talent to the acclaimed venues at Palazzo Versace, further enhancing the property’s exceptional culinary offering.

No stranger to Palazzo Versace Dubai, Chef Devid was part of the hotel’s pre-opening team as Chef De Cuisine at Giardino and Enigma. Prior to joining the hotel as Executive Chef this year, Chef Devid has worked at some of the most renowned outlets across Italy, UK, Australia, and the Middle East, including One&Only Royal Mirage, JA Resorts and Hotels, as well as Harrod’s and The Savoy Hotel in London.

Devid started his professional career in 2003 in Rome as Commis Tournant, a few years later moving to the UK to pursue opportunities across London’s leading restaurants, where he steadily rose up the ranks. In 2010, Devid took the position of Chef De Partie at The Savoy London, a year later joining Harrod’s Italian restaurant Dei Frescobaldi as Junior Sous Chef before moving to Australia to work at Perth’s renowned private member’s club, The Weld Club.

In 2015, Chef Devid moved to Dubai to join the pre-opening team of Giardino and Enigma at Palazzo Versace from, where he worked very closely with Michelin starred chefs Quique Dacosta and Bjork Frantzen and was responsible for menu development, staff training and overseeing operations after the opening.

After the opening of Palazzo Versace, Devid was appointed as Executive Sous Chef at One&Only Royal Mirage where he leaded a team of 90 chefs and oversaw the operations of six F&B outlets, as well as banqueting and events. Most recently, Chef Devid worked as Cluster Executive Chef at JA Resorts & Hotels, responsible for running the culinary departments of JA Ocean View Hotel and JA Oasis Beach Tower, where he oversaw the successful launch of four new restaurant concepts, including the award-winning Motorino Pizzeria.

Known for his efficient work methods, confidence leadership, and passion for fine dining and hospitality makes Chef Devid an invaluable addition to Palazzo Versace. In his new role as Executive Chef of Palazzo Versace, Chef Devid will lead on menu curation, concept development, staff training and the day-to-day management of the hotel’s culinary operations to ensure guests receive exceptional service and a memorable dining experience every time they visit.