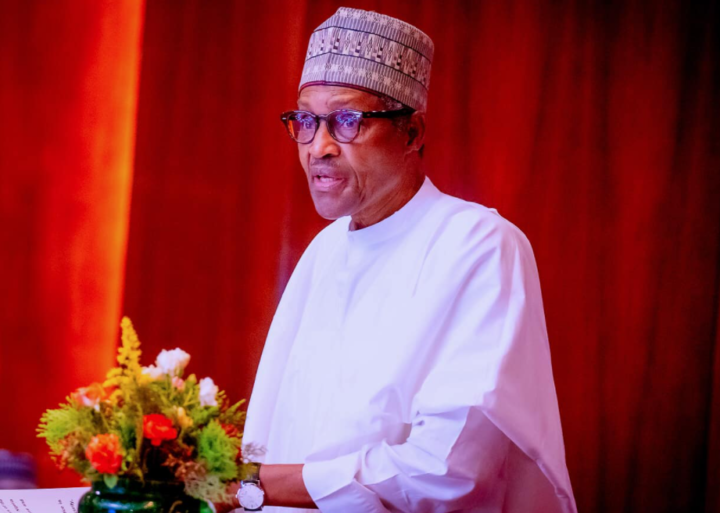 President Muhammadu Buhari says finance stands as a barrier to Nigeria in achieving its environmental commitments and obligations.

Buhari said this on Monday during the summit of heads of state and government at the 15th Conference of the Parties (Cop15) organised by the United Nations Convention to Combat Desertification (UNCCD), in Abidjan, Côte d’Ivoire.

He said despite the financial constraints, his administration is committed to fulfilling its pledges, adding that the country hopes to among other things increase its forest cover to 25 percent as well as restore 100 million hectares of degraded landscapes by 2030.

He said the country is also making efforts at raising funds through projects in the path to a greener economy by issuing sovereign green bonds which have yielded results.

“We have also expanded protected areas by creating ten additional National Parks, including two Marine Protected Areas, cutting across the various ecological zones of the country,” he said.

“The National Agency of the Great Green Wall in Nigeria has made progress in land restoration of over Three Thousand Eight Hundred and Ninety-two hectares of land.

“Furthermore, my administration is equally dedicated to fulfilling the pledge to the African Forest Landscape Restoration Initiative that seeks to restore 100 million Hectares of degraded and deforested landscapes by 2030 in response to the Bonn challenge.

“Through the instrumentality of the green bond programme, innovative funding streams are being unlocked in order to finance environmentally and climate friendly projects with focus on both adaptation and mitigation.

Reiterating Nigeria’s commitment to the Paris agreement, the 2030 agenda for sustainable development, the global forest goals, and other international treaties, Buhari said: “However, it is worrisome to mention that finance stands as a major bottleneck in achieving these ambitious obligations and commitments within the timelines.

“Permit me to use this platform to once again appeal for the redemption of the pledges made by International technical and financial partners to provide $19 billion as assistance to the Green Wall member countries to enable them meet their commitments.”

He added that the progress of global commitments towards a healthy society will not be fruitful without a peaceful world, thereby calling on the international community to pay more attention to the war between Russia and Ukraine.

This story is published in partnership with Report for the World, a global service program that supports local public interest journalism.