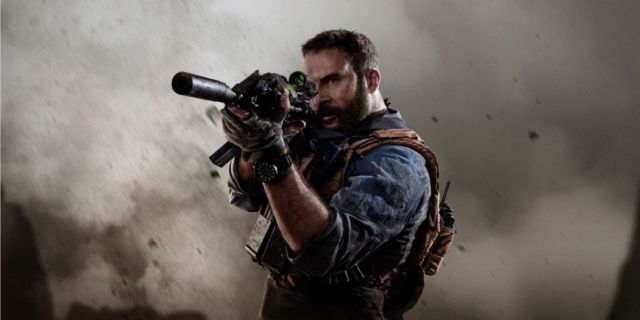 While video games were once simply released as is, updates have become a regular part of the video game industry, over the last few years. As such, most gamers have likely gotten accustomed to them by now, but the latest update for Call of Duty: Modern Warfare is a bit unusual. The new update will be available today for PlayStation 4 and Xbox One, and it’s quite large. Because of this, downloading the update actually requires a multi-step process, and while it’s not all that complicated, it might be confusing for some players.

The update will bring a handful of new options to the two games. Warzone players will have a new contract type called Most Wanted. When the contract is activated, the player’s location will be shown to everyone else the game, effectively making them a much bigger target. There is a big benefit to surviving the onslaught, however: players that survive will see their entire team redeployed. It’s certainly high risk, but players might find the reward to be well worth it! Additionally, Warzone players will find that the size and speed of the Warzone gas circle has seen some adjustments.

Modern Warfare players will also find some new additions to enjoy. Players will now be able to mix and match weapon blueprints, allowing players more options for customization. The update also adds the MK9 Bruen LMG weapon, and brings back 24/7 shipment matches. All in all, it seems like there should be a lot for fans to enjoy!

Are you playing Call of Duty: Modern Warfare? Have you downloaded the game’s update yet? Let us know in the comments or share your thoughts directly on Twitter at @Marcdachamp to talk all things gaming!